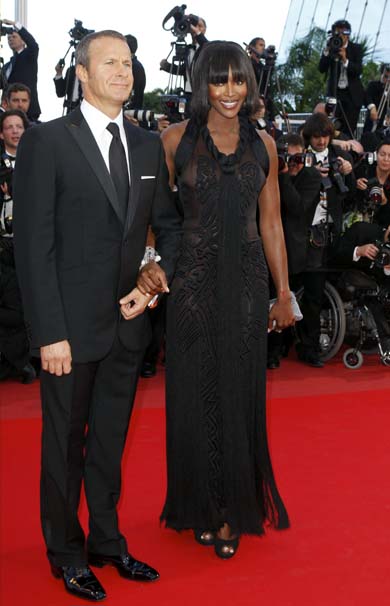 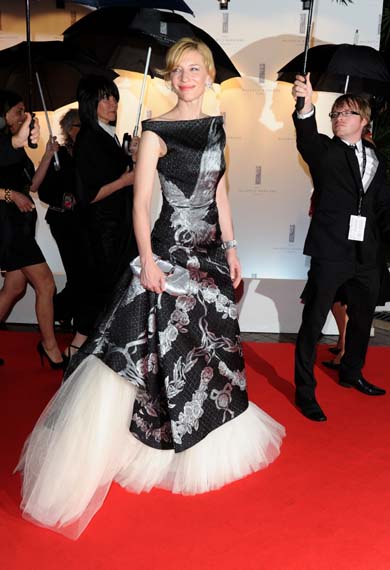 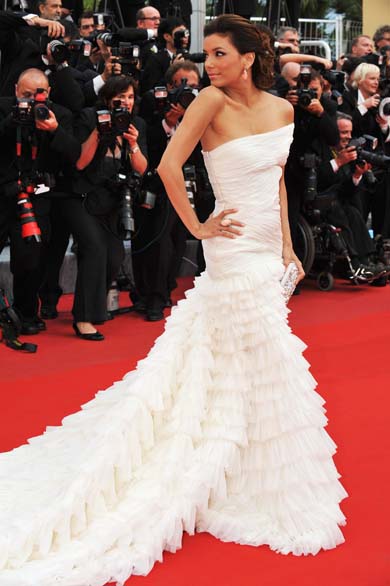 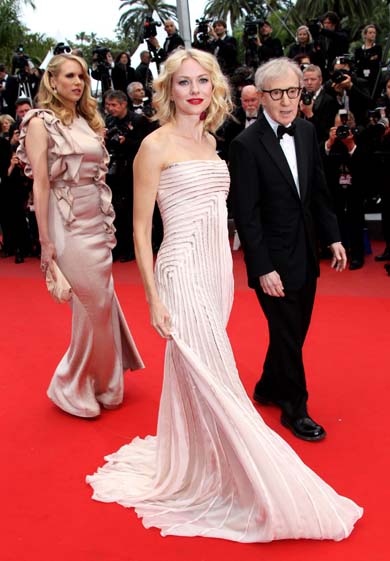 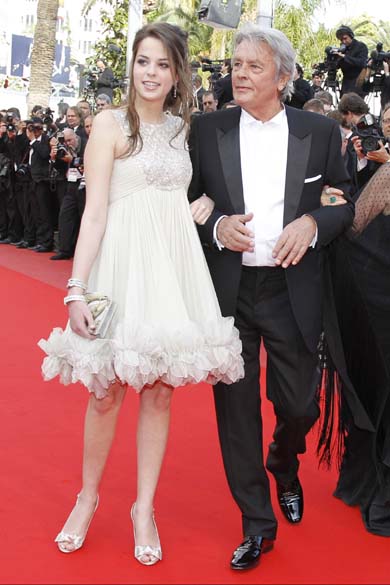 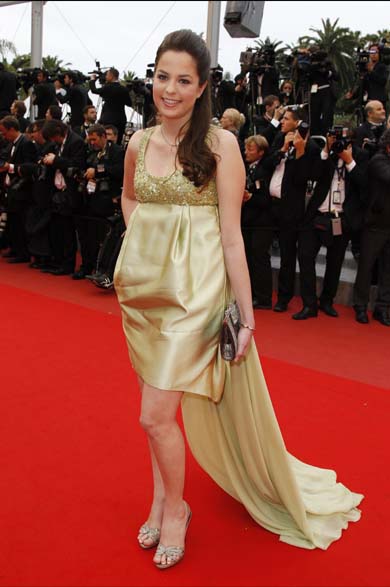 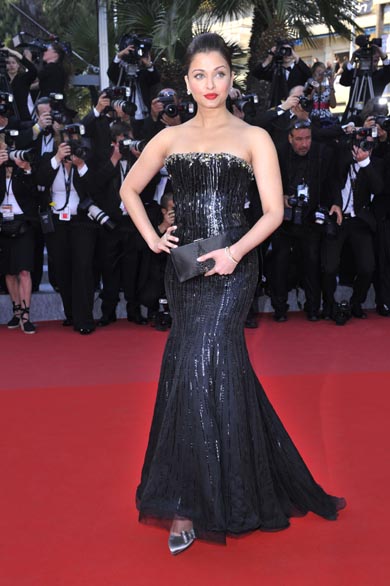 We promised readers late last week that we would have some images from the Festival de Cannes (Cannes Film Festival) that were not from Giorgio Armani, who had sent us quite a few ahead of the other designers.
Here are some more to whet your appetites and rate as our favourites, from the top: Naomi Campbell on the 14th at the Wall Street: Money Never Sleeps première in Givenchy with jewellery by di Grosogono; Cate Blanchett in Alexander McQueen, accessorized with a Roger Vivier bag, at the Hotel Majestic Barrière Cannes on the 12th; Eva Longoria Parker in a white Emilio Pucci chiffon gown (check out that train), again with di Grosogono jewellery; Naomi Watts in a Gucci Première pale pink chiffon strapless gown with all sequins throughout at the première of her new ﬁlm, You Will Meet A Tall Dark Stranger; Anouchka Delon in Elie Saab with a Swarovski Caméléon bag, accompanied by her father, Alain Delon and actress Claudia Cardinale (just cut off in this image) at the Il Gattopardo première at the Salla DeBussy on the 14th; and Anouchka Delon again yesterday in another Elie Saab with a georgette train and vintage Swarovski bag at the première of You Will Meet a Tall Dark Stranger.
Just to be fair, we had to include one from Giorgio Armani since we liked the way it looked: it’s a Privé evening dress worn by Aishwarya Rai, in a photograph we ran on Friday.
Right above is Sarah Marshall at the première of Wall Street: Money Never Sleeps, wearing Jean-Claude Jitrois accessorized with a Montblanc bracelet and ring.
We’ll keep running a selection of images as they come in from Cannes.