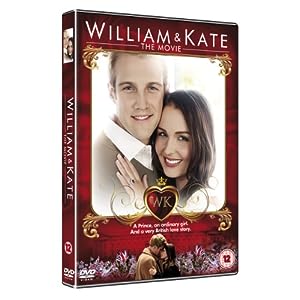 We had read of Hollywood’s version of the love story of HRH Prince William and Kate Middleton, with not a little ridicule from the British tabloid that had the original exclusive on behind-the-scenes happenings. Revolver Entertainment has released the trailer, starring New Zealander Nico Evers-Swindell as Prince William and Brit Camilla Luddington as Kate Middleton.
Evers-Swindell, a lawyer and a cousin of the famous twins, towers over the real Prince at 6 ft 5 in, while Berkshire-born Luddington is shorter and curvier than Middleton.
However, as one can see from the trailer, the height difference is not that marked thanks to ﬁlming techniques (including Luddington standing on a box). Los Angeles stands in for London, Klosters, and Kenya; the Hollywood Hills stand in for the Scottish Highlands. There seems to be a dose of The Princess Diaries in the movie.
The TV movie airs April 18 at 9 p.m. EDT on Lifetime in the US, and will be available in the UK on DVD on April 25 (with orders now open).
For those who ﬁnd the ﬁctionalized version too much, Revolver is also selling a fact-based documentary on the romance.