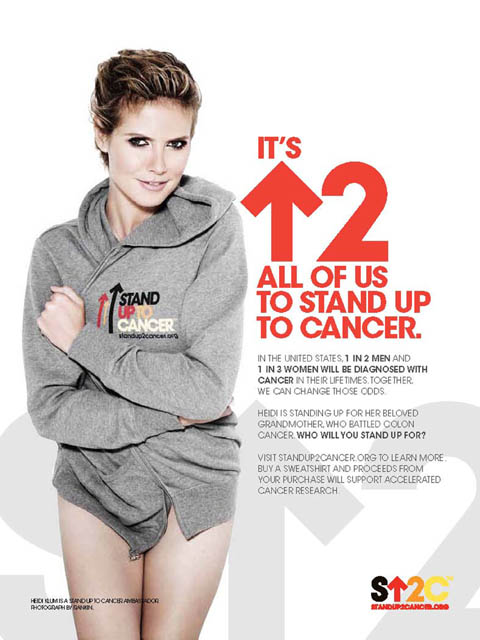 Heidi Klum, who is on Lucire‘s list as one of the top three highest earning models this year, has appeared in a public service announcement for Stand up to Cancer (SU2C), photographed by Rankin.
The PSA will appear ﬁrst in People’s World’s Most Beautiful issue, which hits newsstands on April 15. This is expected to be one of the title’s most widely read issues of the year.
A similar sweatshirt can be bought from SU2C to raise funds for collaborative cancer research at US$45, at its online store.
‘We hope others will be inspired by Heidi to take a stand for their loved ones and join the ﬁght against cancer,’ says Laura Ziskin, co-founder of SU2C. ‘Purchasing one of these sweatshirts is a very simple way to do that, as all of the net proceeds go directly to fund research.’