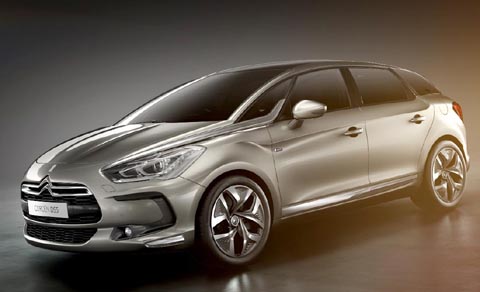 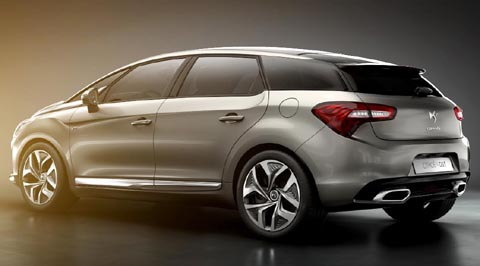 Citroën has announced its DS5 at Auto Shanghai, the Shanghai Motor Show. Originally touted as a crossover (blending saloon, coupé and off-roader), the result is more a sleek all-wheel-drive hatchback that carries on the design theme of the smaller DS3 and DS4.
The DS5 features Citroën’s Hybrid4 diesel technology: 200 PS, four-wheel drive, electric power for urban journeys, and carbon dioxide emissions of 99 g/km.
An aggressive grille and ﬂourishes on the side mark out the DS5, while inside, Citroën claims a ‘coupé-like driving position with a near-vertical steering wheel’. The cabin features club leather and ‘watch strap’ seat upholstery.
Styling is said to be inspired by the Citroën C-SportLounge concept.
The Shanghai show car has a unique livery called White Pearl and sports 20-inch wheels (19-inch ones are standard). 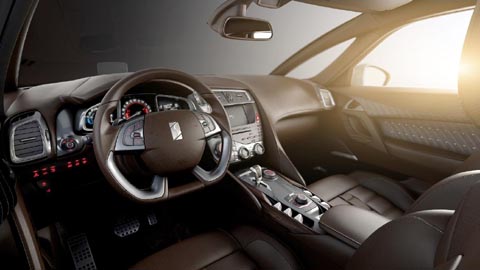