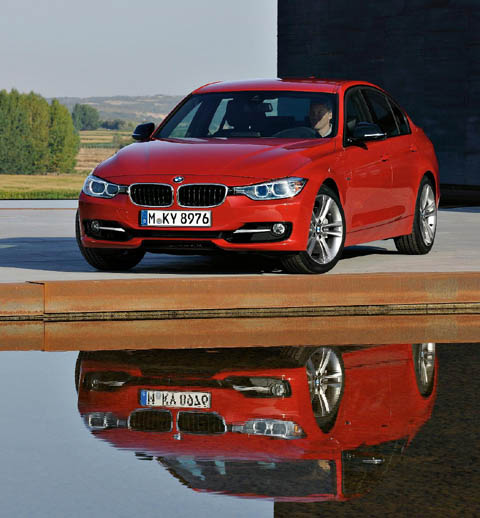 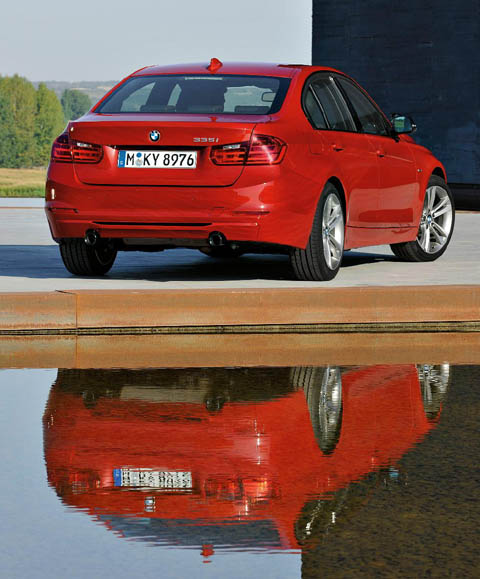 We’re big fans already of the BMW 3-series—the 3er Reihe—and ﬁnd the current range the most dynamic in its sector. We’re also big fans of the design direction that BMW has been taking with its range, blending classic lines with a sense of modernity. Thanks to competition from Audi and others, BMW’s also been upping the quality of its interiors, one of its shortcomings vis-à-vis its biggest rivals. With the sixth generation of the 3er announced today, it looks like buyers are going to get the best of all worlds.
Up front, the new 3er features more aggressive lights, part of a new design language from the Bavarians. There is a greater emphasis on the horizontal elements of the design, departing from the vertical that had characterized the grille in recent years. The lights and the kidney grille blend in more. The waistline sweeps up toward the rear, echoing the styling seen on larger BMWs, but in a more abbreviated form. At the rear, the design is familiar, an adaptation to what was seen on the larger 5-series saloons.
BMW had to get the 3er right. It is responsible for a ﬁfth of the company’s global sales. It is lighter than its predecessor, but larger and roomier. BMW has worked on making it more fuel-efﬁcient and safer, and many models are faster than those they replace. The company claims only modest price increases over the outgoing model, with the 320i Efﬁcient Dynamics model (with CO2 emissions at 109 g/km) coming in at £28,080 in the UK. The range-topping (for now) 335i is priced at £35,525. A hybrid model is expected, the ﬁrst time in this model line.
It won’t take long for the latest generation of 3-series to become a commonplace sight—in the last two decades, it has become one of the most popular saloons in the world. 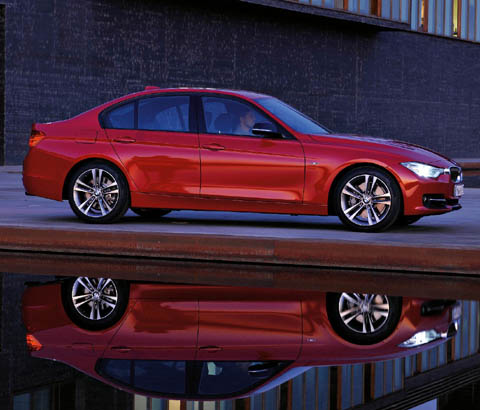 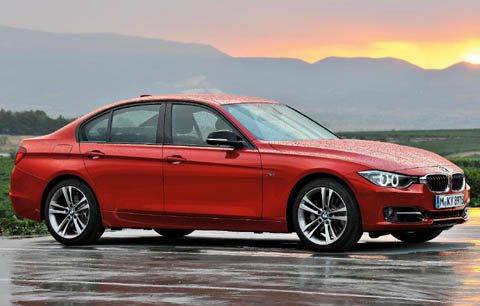 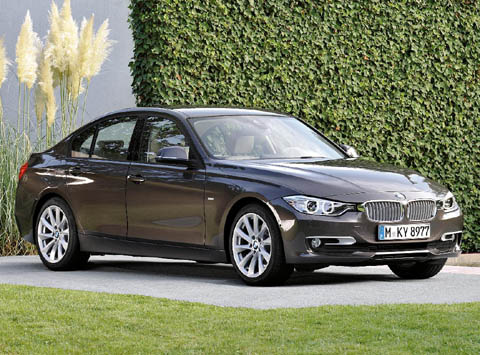 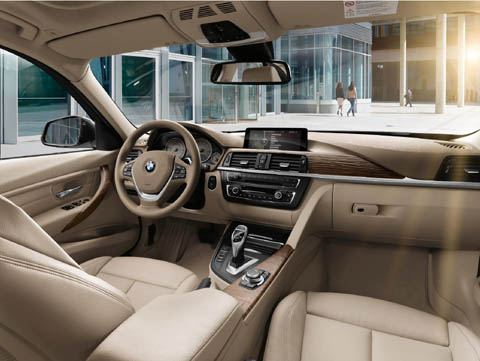 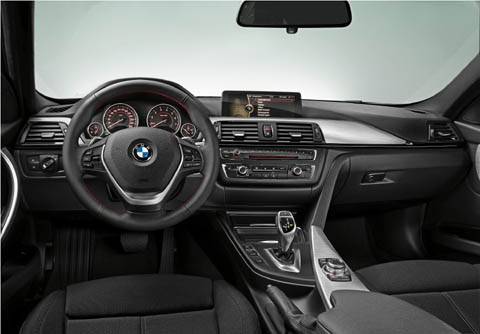