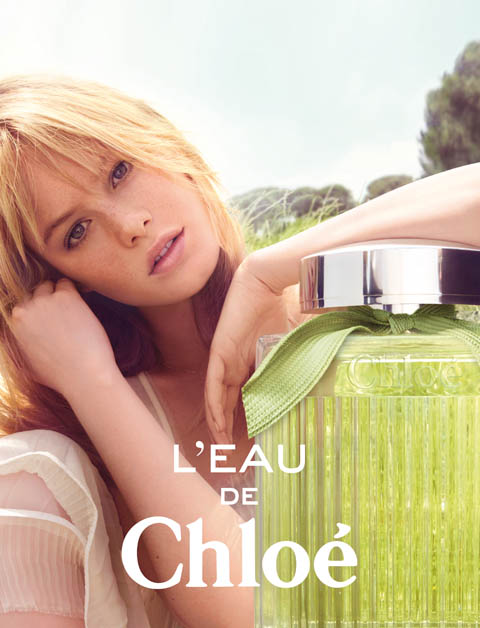 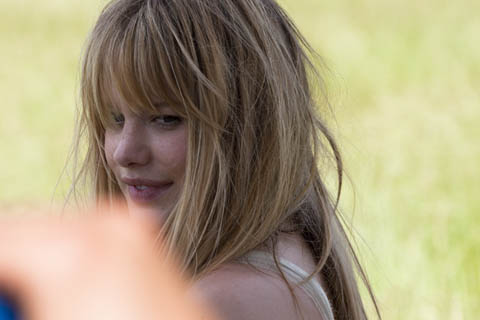 Chloé has released its ﬁnal visuals for its l’Eau de Chloé fragrance, modelled by Camille Rowe-Pourcheresse, 21.
Accompanying the visuals is a series of behind-the-scenes photographs from the advertising shoot. Mario Sorrenti has directed the ﬁlm, with still photography by Camilla Akrans. Ezra Petronio art-directed the campaign.
Chloé’s description of the scent’s theme is matched by the visuals: chiffon in the sunlight, bare feet in the grass, the glow of dawn on the skin.
The new l’Eau de Chloé uses a concentration of distilled rose water and patchouli. As with the original 2008 scent, Michel Almairac of Robertet is behind the perfume. There are citrus notes, akin to drinking a lemonade in the summer, says the company.
The bottle has been redesigned as well, but instead of metal, glass has been adopted. The ribbon is now in a soft green.
Prices begin at €28·80 for the 200 ml shower gel. The eaux de toilette begin at €45·60 for the 30 ml, rising to €76·30 for the 100 ml.
The new l’Eau de Chloé hits retailers on March 7. 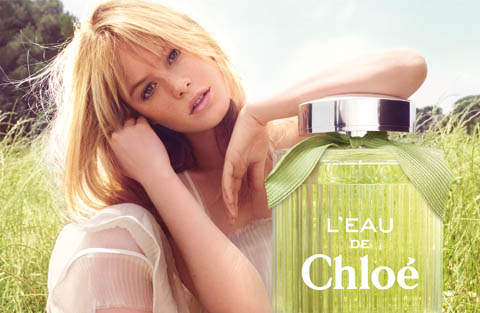 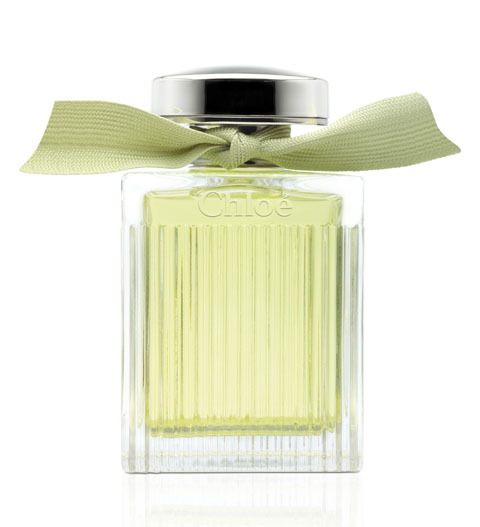 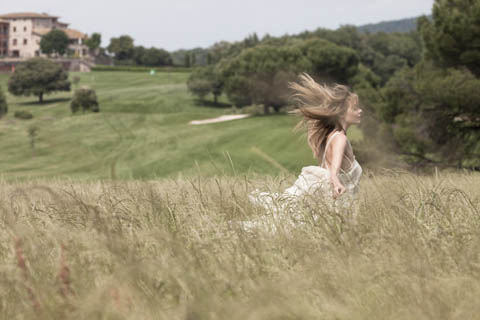 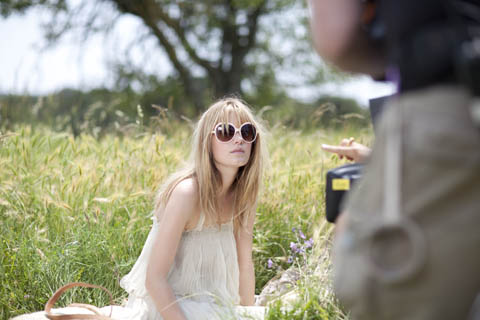 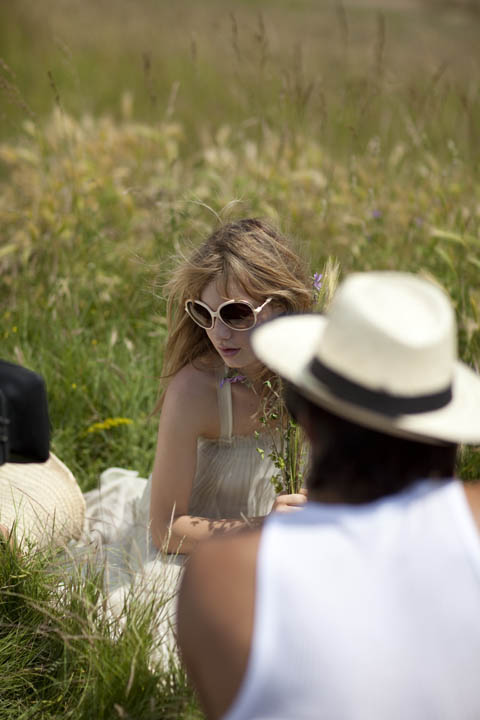 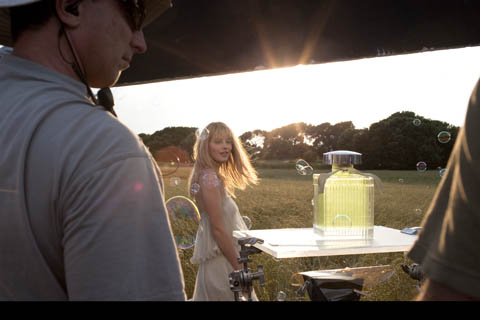