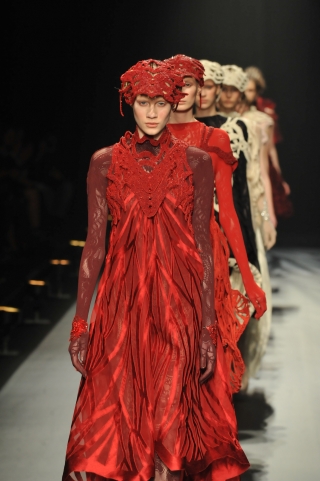 Somarta
Somarta’s Tamae Hirokawa was previously in charge of Issey Miyake Men and Women, and is also known for the heel-less footwear collaboration with Noritaka Tatehana that Lady Gaga helped to make famous. Somarta showcased its autumn–winter 2012–13 collection last Monday at Tokyo Midtown Hall. The latest collection featured an ultra-feminine look, constructed with a mysterious crystal texture and multiple layers, successfully delivering the collection theme, Geode. Deep ﬁery red was a strong statement during the showcase. Somarta was one of the brands presenting at Leather Japan 2012 at New York Fashion Week last February. 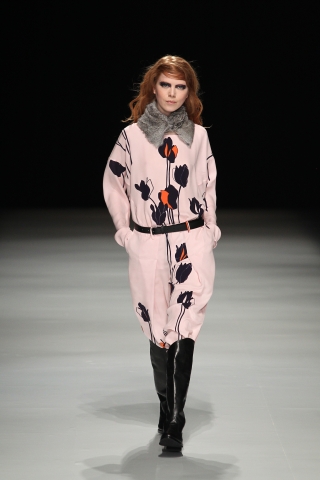 Kamishima Chinami
Japan’s veteran label, Kamishima Chinami, showcased its latest collection on Monday at Tokyo Midtown. As various actresses in Japan often wear Kamishima’s clothing in publications and TV programmes, the label is becoming one of the leading ﬁgures in the country’s fashion.
The theme of the latest collection is Winter Forest. Bold prints on the dresses express vibrant winter ﬂowers and evergreen in winter snow. Those designs remind us that nature coexists with human beings. 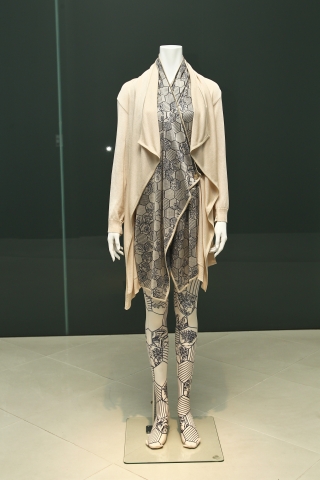 Yasutoshi Ezumi
Yasutoshi Ezumi revealed his autumn–winter 2012–13 collection on Tuesday at BelleSelle Shibuya First. Ezumi, who worked as an assistant at Alexander McQueen and a knit designer at Aquascutum, quickly emerged as Japan’s high hope in its fashion industry.
This season’s theme is Natural Selection. The show venue, runway, and even the models’ make-up are conceptualized with a hexagonal shape. The brand continues to use basic colours like navy, cream and beige on a black base. His signature knit wears are again on centre-stage, as Ezumi shows off a soft silhouette generated by silky knit drape, a hexagon-patterned jacquard, and nature-inspired prints on tops and tights. 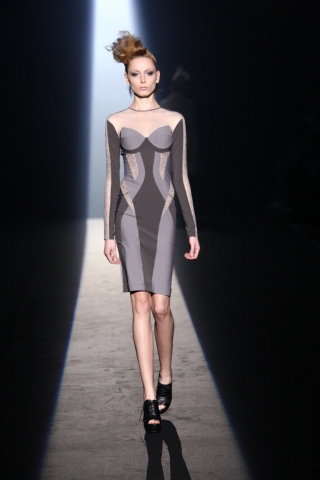 A Degree Fahrenheit
While Yu Amatsu from A Degree Fahrenheit was working in New York City, he won the top honour of the United States’ largest fashion competition, Gen Art. Another award was added to his résumé last Wednesday, when DHL announced him as the winner of the DHL Designer Award at Mercedes-Benz Fashion Week Tokyo. The designer, who carries an international potential in the industry, showcased his latest collection on Tuesday. The theme Slow Freezing was carefully expressed with ice crystals in the details in dresses, digital prints, and pattern technique.—Yuka Murai, YM Biz & Media