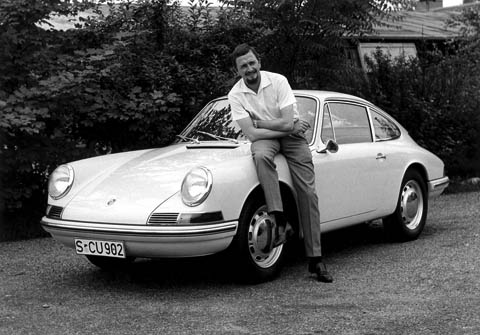 Above Butzi Porsche and the Porsche 901, later 911. Below Official photograph of Prof F. A. Porsche. 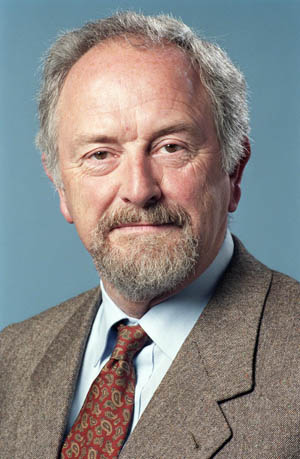 One of the great names in design, Prof Ferdinand Alexander ‘Butzi’ Porsche, the designer of the original Porsche 911 and the founder of Porsche Design, passed away yesterday.
The honorary president of Porsche AG was 76, and died in Salzburg.
Butzi Porsche was born December 11, 1935 in Stuttgart, and was the eldest son of Dorothea and Ferry Porsche, son of the founder of the company. He enrolled at the College of Design in Ulm and, in 1958, joined the family firm in its design office. He set to work on a successor for the Porsche 356.
In 1962, he became head of the Porsche design studio, and the new model that he had worked on launched the following year, badged 901. A trade mark claim by Peugeot saw the car hurriedly renamed 911, beginning a legendary line of sports cars that continues today.
He also designed the Porsche 804 racing car and the 904 Carrera GTS.
Porsche KG became a limited liability company in 1972, during which many of the younger members, including Butzi, left the company upon accusations of nepotism. He founded his company, Porsche Design, the same year. The company became very well known for eyewear and watches, as well as industrial products and household appliances.
Porsche’s philosophy was, ‘Design must be functional, and functionality must be translated into visual æsthetics, without gimmicks that have to be explained.’ He said, ‘A formally coherent product needs no embellishment, it should be increased by a mere formality … Good design should be honest.’
His great regret, according to one source, was that the original 911 had been given a spoiler—something that went against his design ethos.
He won numerous awards. The Comité International de Promotion et de Prestige prize was awarded to him in 1968 for the Porsche 911, and he also won at the Industrie Forum Design Hannover in 1992. He earned the title of professor from the Austrian Federal President in 1999.
He rejoined Porsche AG in the 1990s and was supervisory board chairman in 1990–3. In 2005 he became honorary chairman of the supervisory board.
F. A. Porsche, always intensely private, suffered from poor health in his later years.—Jack Yan, Publisher 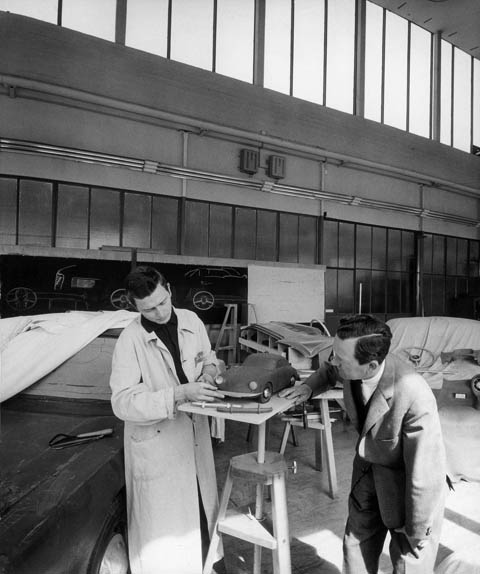 Above Butzi Porsche in the Porsche design studio.