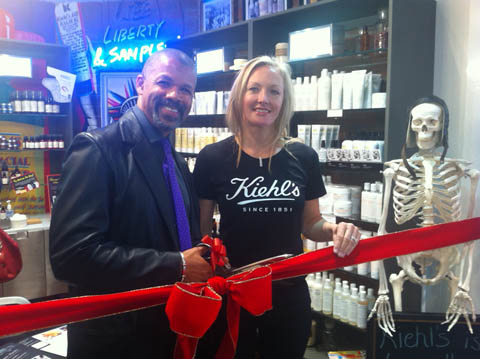 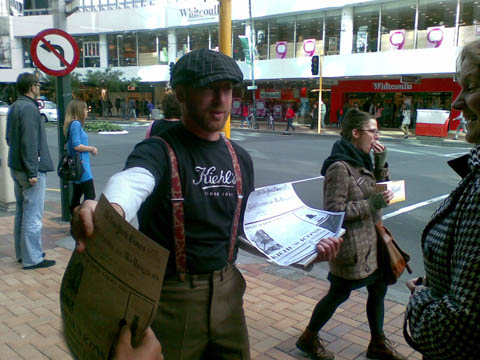 Kiehl’s, a previous winner of the Medinge Group’s Brands with a Conscience award, and regularly featured in Lucire over the years, launched in to the Wellington market with an event at Kirkcaldie & Stains last week.
Miranda Waple from L’Oréal and Dr Duane McWaine, the spouse of the US Ambassador to New Zealand, cut the ribbon at Kirkcaldie’s, at a lunchtime event that flew the stars and stripes proudly.
Dr McWaine mentioned that he had been a fan of the brand for some time, and that its availability in New Zealand would save him the trouble of stocking up on products with his visits back to the US.
Outside the store, one gentleman dressed as a stereotypical New York paper boy handed out fliers, there was a candy floss vendor, and Harley-Davidson motorcycles ventured by.
It was a busy day downtown as a political march against the selling of state assets went down Lambton Quay at the time of the launch.
Interest in the brand was particularly high as crowds gathered inside the store, with people interested in Kiehl’s perched on the staircase at Kirkcaldie’s, looking down at the retail area.
Kiehl’s staff and spokespeople had noted that Wellington was, in many ways, a natural home for the brand, because of its involvement in social responsibility, something which would suit the city’s audience.
In keeping with Kiehl’s tradition, net profits from the opening weekend were donated to the Wellington Children’s Hospital.
Since 1851, Kiehl’s, based in New York City, has focused on the finest ingredients for skin care, does not advertise and is a constant supporter of philanthropic ventures, including Aids benefits.
The Wellington store joins ones already opened in Auckland and Christchurch. 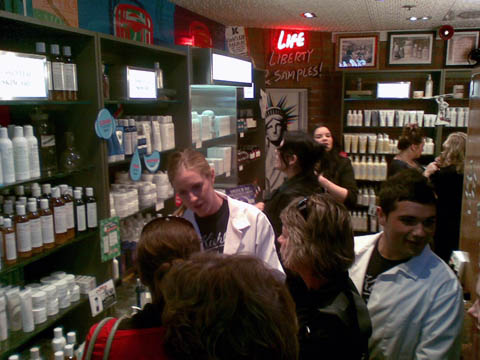 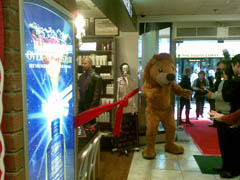 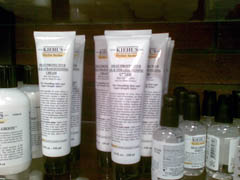