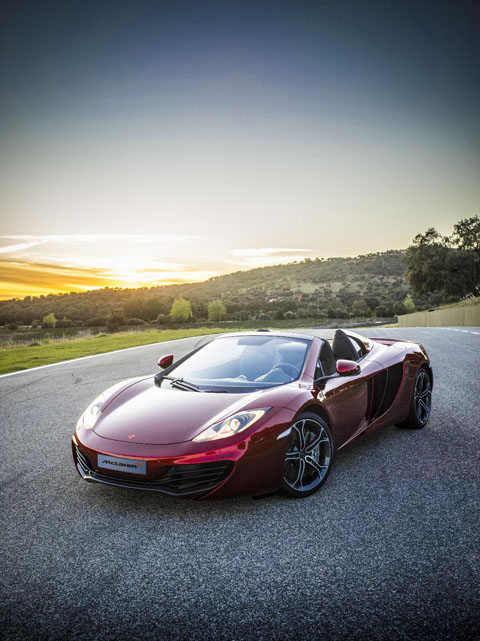 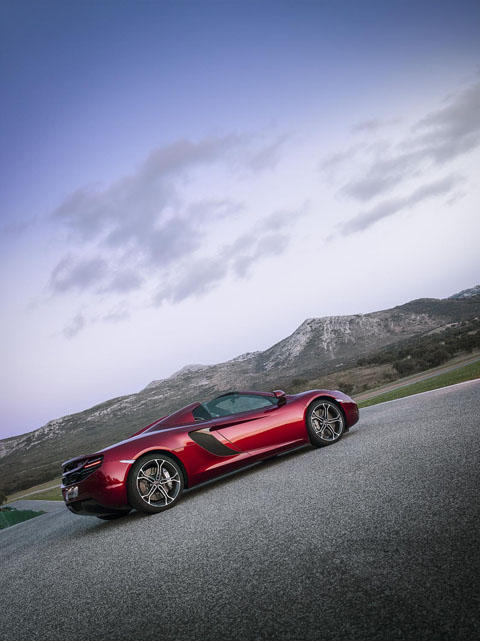 McLaren has released a convertible version of its MP4-12C sports car, the 12C Spider. Like the standard model, it features a MonoCell chassis and an extensive use of carbonfibre.
The new Spider develops 625 PS from its twin-turbo V8 and has a unique RHT folding roof system that can be operated on the move (at speeds of up to 30 km/h).
McLaren had developed the MonoCell to cope with a convertible body, so the chassis requires no additional strengthening. The 12C Spider’s weight increase is a tiny 40 kg, blunting performance only marginally (a claimed 0·1 second more to 161 km/h and 0·2 seconds more to 200 km/h, at 6·1 and 9 seconds respectively).
The power from the 3·8-litre V8 M838T engine is transmitted to the rear wheels through a dual-clutch seven-speed SSG transmission. The roof can be lowered in 17 seconds.
‘The 12C Spider delivers all the thrills characteristic of a high-performance roadster, and yet transforms into a raucous track beast at the flick of a switch. I can’t wait to see it on road and track with customers later this year,’ says Antony Sheriff, McLaren Automotive managing director, in a release.
The 12C Spider will also have Vehicle Lift as an option, allowing the car to be raised up to 40 mm at the front and 25 mm at the rear, for better ground clearance at speeds of up to 60 km/h.
Customers are invited to configure their 12C Spider online at www.configure.mclaren.com. The cars will be available to order at all 38 McLaren retailers in 22 countries. It is priced from £195,500 in the UK with orders beginning in November.