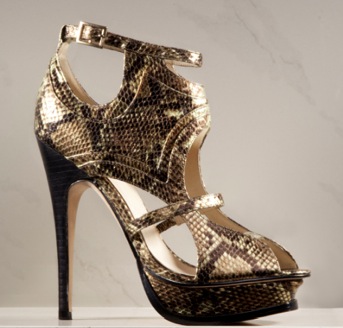 Adrian Hailwood has teamed up with Mi Piaci for a range of five designs, dubbed Hailwood for Mi Piaci. Ankle boots, courts and snake-print sandals are among the designs, with golds, blue, and ‘sand-washed raspberry’ among the colours.
Hailwood says the decision to work with Mi Piaci was a ‘no-brainer’, adding, ‘The collection is fashion-forward and reflects the Hailwood æsthetic, with a refined touch. I was influenced by the late ’60s and early ’70s in a post-pop art America, as you’ll see with the likes of the Empire State heel and the patchwork suede Montana boot.’
Each piece is in leather, bearing an ‘AH ♥ MP’ logo on the sole. The collection will be launched at Hailwood’s show at New Zealand Fashion Week on September 4, and the range will be available from September at Mi Piaci nationwide, and online at mipiaci.co.nz.