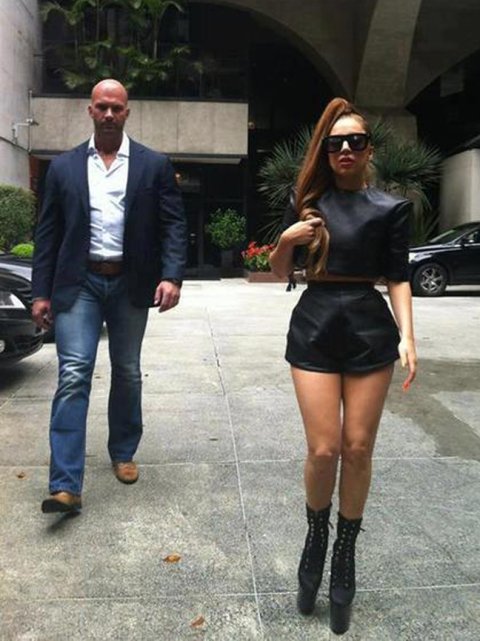 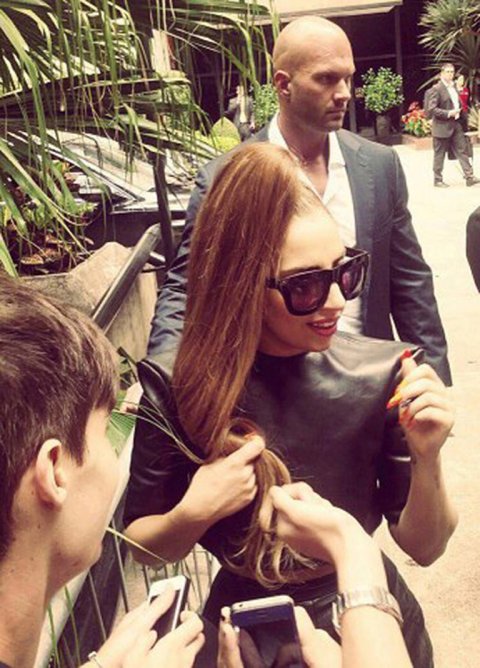 Courtesy of fans at GagaDaily.com/Kingston University

This is what we like to see: a top celebrity giving a lesser known name some deserved press. It reminds us of us over the last 15 years and how we’ve acted as a lightning rod for some designers—though Lady Gaga is far more able to garner attention for this British designer than we ever could, especially with her 31 million Twitter followers.
The superstar has worn designs by Lydia Stedman, from Caerleon, Wales, who graduated from Kingston University London only this summer.
Her collection had been spotted by one of Gaga’s stylists, according to the University.
Gaga was photographed in Porto Alegre, Brazil, this past week, wearing Stedman’s high-waisted leather shorts and cropped leather T-shirt.
‘It’s all been so surreal,’ says Stedman. ‘I’m a huge fan of Lady Gaga and saw her at Twickenham earlier this year. She wears the most amazing outfits, but I could never have dreamt she would choose one of mine. She’s styled the look in a different way to my graduate collection—but it’s even more exciting to see how my clothes have been mixed and matched to create something new.’
Stedman’s collection, themed After Dark, was inspired by the late nights she put in while studying fashion. ‘From midnight walks to the library to early morning bus rides home, I took inspiration from everything I experienced. This included the flickering lights and reflective surfaces of an underground nightclub as well as the frightening shadows which used to set my imagination running wild,’ she says.
Stedman says she would like to move to London and has an ambition to work in luxury fashion. 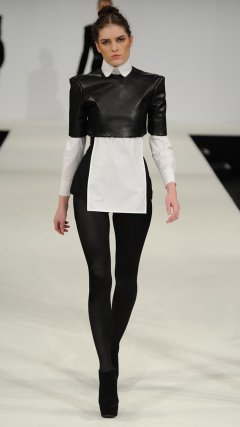 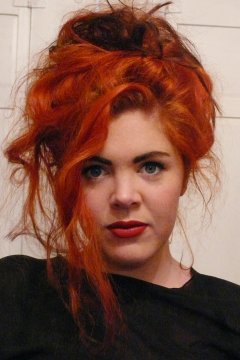 Above left From Stedman’s After Dark collection. Above right Designer Lydia Stedman.