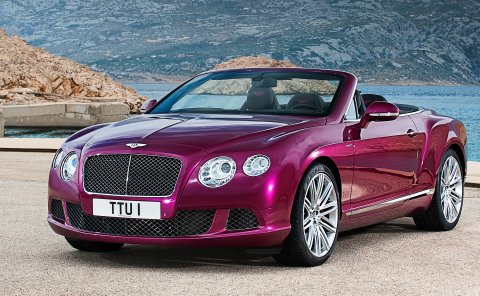 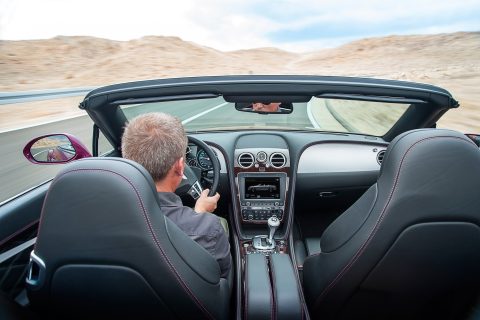 Bentley has released details of its Continental GT Speed Convertible, the world’s fastest four-seat convertible. It will make its international début at the Detroit Motor Show on January 14.
Claimed top speed is 202 mph (325 km/h), with its W12 engine generating 625 PS (616 bhp). The W12, says Bentley, has a 15 per cent improvement in range, fuel economy and emissions, though it still manages to hit 60 mph in 4·1 s, 100 km/h in 4·4 s, and 100 mph in 9·7 s.
The claimed 15 per cent improvement in emissions still means that the GT Speed Convertible pumps out 347 g/km of carbon dioxide.
The GT Speed Convertible is the flagship of the Continental GT line.
With the trend toward ever-larger wheels, the GT Speed Convertible sports 21-inch alloys. Other details include a matrix radiator grille, bumper air intakes in a dark-tint chrome, and “rifled” exhaust pipes.
Inside, the interior has what Bentley calls the Mulliner Driving Specification, with diamond-quilted hide upholstery, and a dark-tint aluminium finish on the dashboard. There are wood veneer and carbon fibre options for the fascia and centre console. The software has been upgraded with satellite landscape imagery, live traffic data, and 15 Gbyte of music space. The audio settings change when the roof is down.
It also has stiffer suspension compared to the regular GT convertible, as well as uprated anti-roll bars. The steering has been recalibrated accordingly. 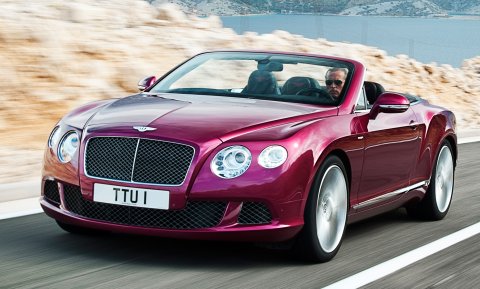 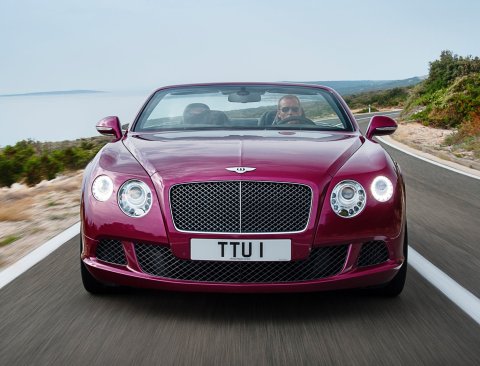 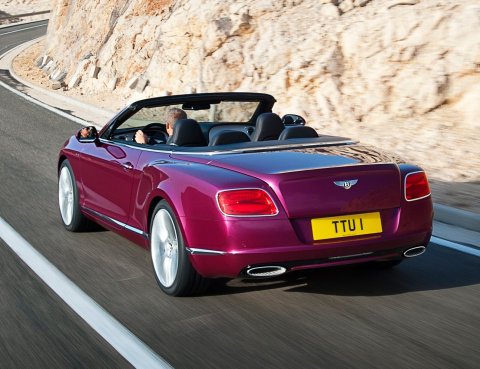