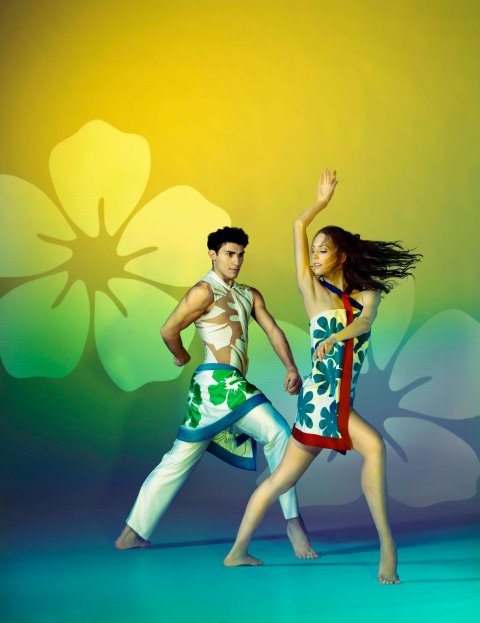 Top Dimitri Kleioris and Antonia Hewitt in The Anatomy of a Passing Cloud. Above Award-winning Venezuelan director and choreographer Javier de Frutos.

With the Royal New Zealand Ballet gearing up to three premières this month in Made to Move—Wellington gets the first glimpse of these on February 27—award-winning Venezuelan choreographer Javier de Frutos has arrived to work with the company on his piece, The Anatomy of a Passing Cloud.
After having flown 36 hours to return to New Zealand, de Frutos is directing and choreographing the Royal New Zealand Ballet for his work, which has been inspired by the Pacific. The Anatomy of a Passing Cloud explores ‘New Zealand’s relation to its physical location and its very identity as a Pacific nation,’ says the RNZB in a release.
‘I have taken Pacific influences that I like: inspirations, sounds, shapes, styles, and reworked them. Obviously the Pacific is not my home as it is yours but I feel that as a guest you can own the love of something and I love this part of the world,’ says de Frutos.
De Frutos created Milagros, The Celebrated Soubrette and Banderillero for the Royal New Zealand Ballet in 2003, 2004 and 2006 respectively. All were highly acclaimed, as was his work for the 2007 West End production of Cabaret, which netted him a Olivier Award.
The Anatomy of a Passing Cloud premières alongside RNZB artistic director Ethan Stiefel’s first original work for the company, a comedy set in a Bavarian beer hall. Andrew Simmons, a former RNZB dancer, will create a follow-up to his 2010 work, A Song in the Dark.
The three ballets begin in Wellington and will tour nationally, visiting Napier, Auckland, Takapuna, Palmerston North, Dunedin and Ashburton.