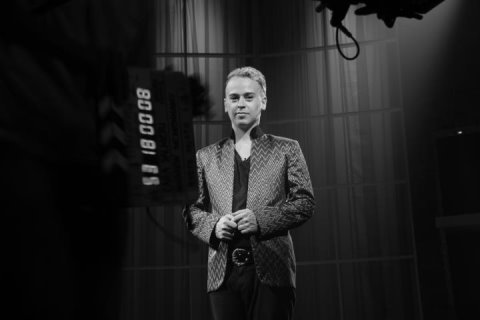 Indashio, whom Lucire first covered in 2003, and who had styled a number of our print-edition covers in the 2000s, already known through VH1’s Glam God, will host and judge a new series for Fashion One, called Design Genius.
The show sees three designers competing for a top prize of US$25,000. Designers are given three unconventional materials and one inspirational element, from which they have to create an accessory, an undergarment, and a wardrobe.
Fashion One CEO Ashley Jordan says the materials are inspirational and obscure, and that viewers can expect ‘drama and design’ from the international designers.
‘It’s amazing to watch these designers create high fashion garments out of bicycles, beach balls and first-aid kits, and then bring these individual pieces together to create an overall vision,’ said Indashio in a release. ‘It’s about making the unimaginable fashionable … It’s design or die!’
Design Genius aims to push the designers’ creativity to the limits, showing their ingenuity.
The series will have a related worldwide competition, with the public invited to submit photos featuring clothing or accessories that have used unconventional materials. There will be a cash prize for one winner of US$1,000, and the chance to be interviewed for the next season of the show.
The show premières on March 19, 2013, and will be shown every Tuesday at 9 p.m. in the UK and 10.30 p.m. (GMT +8 in Asia and GMT +2 for Europe and Africa) on the Fashion One channel.
There is a Twitter hashtag, #DesignGenius. Fashion One has a Twitter account at fashion_one, and a Facebook page at facebook.com/fashionone. The website for the new series is at www.designgenius.com. Bigfoot Entertainment produces.