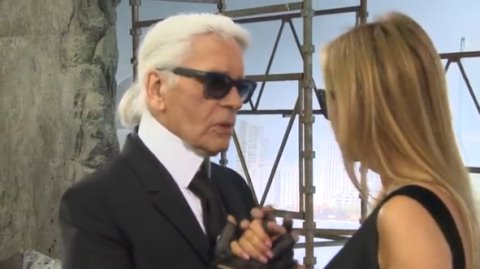 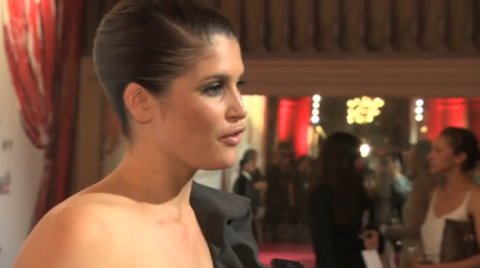 As Paris continues to show its haute couture collections with Lucire’s Lola Saab in attendance, we have more videos from the event.
Milla Jovovich, Rose Byrne, Clémence Poésy, Vanessa Paradis, Kristen Stewart, Michael Pitt, Olivier Assayas, Rihanna and Bobby Cannavale were among the celebrities invited to the autumn–winter 2013–14 presentations (yes, in the plural) for Chanel, where Karl Lagerfeld showed his designs against the setting of a ruined theatre.
The show took place at the Grand Palais, blending elements of the old and the new, with Lagerfeld’s designs mirroring the architecture used as a backdrop.
He freely mixed eras, from the 1920s and the 1980s, but kept the collection firmly in 2013. Lagerfeld, who features in our video, says that fashion should not determine the time we are in, but that ‘We have to adapt with the change of time.’
Others celebrating in Paris including Lancôme and Lanvin. Lucire reported that the two brands would collaborate on a luxury cosmetics collection in January, with a launch on June 15. The limited-edition collection, called Lancôme Show, was commemorated at le Trianon during haute couture week under the eye of Lanvin’s Alber Elbaz, with celebrities and fashionistas including Gemma Arterton, Carine Roitfeld, Ellen von Unwerth, Daria Werbowy, Catherine Deneuve and Miroslava Duma.
Fendi celebrated a photographic exhibition, Karl Lagerfeld: the Glory of Water, who showed images of Roman fountains, including the Trevi. Actress Sharon Stone, who was one of the most memorable celebrities at Cannes this year, attended first the opening of the brand’s flagship store at 51 avenue Montaigne, before being whisked away to view Lagerfeld’s 50 daguerreotypes and 50 platinotypes. Other celebrities included Natalia Vodianova and Anita Ekberg. Dinner was served at the Petit Palais.
Our final two videos from the haute couture collections are from Elie Saab, where we show backstage and catwalk, and Giorgio Armani Privé, featuring arrivals (including Milla Jovovich, Naomie Harris, Catherine Deneuve and Roberta Armani).