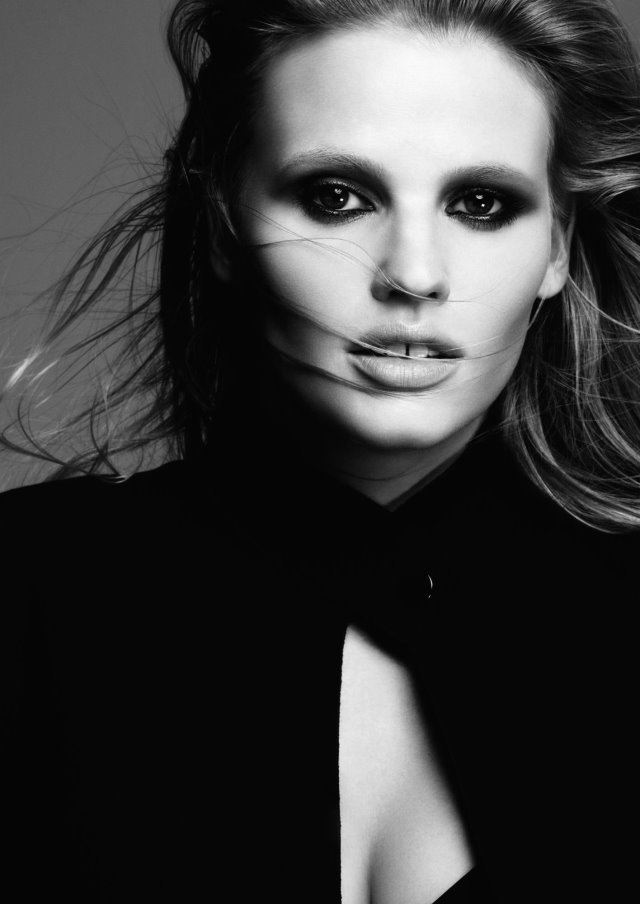 L’Oréal Paris has announced that model Lara Stone, 29, has joined its family of “signature faces”, with the French cosmetics company calling her a modern-day Bardot and an “anti-model” who stands out among the crowd.
Cyril Chapuy, L’Oréal Paris’s international managing director, calls Stone ‘a true modern icon. Her sensual beauty, her edginess, and her rebelliousness contribute to a strong, talented woman. And yet she remains incredibly sincere, real, sensitive and funny. I love her iconoclastic style, which stands out among the collections. We are delighted to welcome this exceptional young Mum to the brand.’
Stone was born to an English father and a Dutch mother, and was discovered at the age of 12 during a family holiday. In 2006, her career took off when she was chosen to model for Givenchy. She has appeared on the haute couture catwalks for Chanel, Prada, Louis Vuitton, Marc Jacobs, Lanvin and Fendi. She had also signed an exclusive contract with Calvin Klein and was even the subject of her own issue of Vogue Paris.
In a release, Stone says that L’Oréal Paris ‘is a brand that has always known that beauty and personality are inseparable.’
She gave birth to a son in May. Stone is married to the comedian David Walliams.
She will model make-up, hair care and hair colouring, says the company.
Other current L’Oréal Paris faces include Beyoncé Knowles, Doutzen Krœs, Eva Longoria, Laetitia Casta, Freida Pinto, Julianne Moore, Hugh Laurie and Jane Fonda.