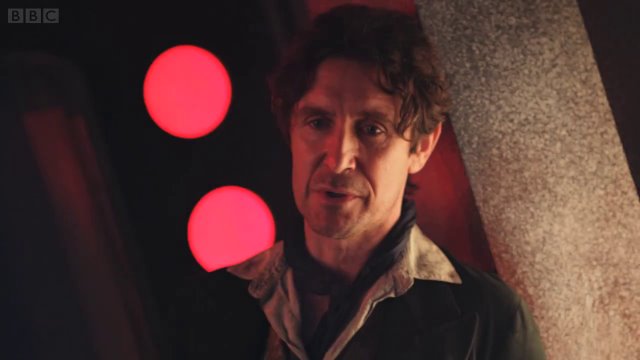 As the 50th anniversary episode of Doctor Who nears—its première is on November 23, along with an international simulcast—the BBC has released a short mini-episode, ‘The Night of the Doctor’, starring Paul McGann.
The episode is an unexpected gift to fans, after McGann told the press that he was not involved in the anniversary. It turns out it was one of the surprises the BBC had in store.
Released on the web, the story ties in with the Time War that was mentioned when Doctor Who returned to television screens in 2005.
McGann was cast as the Eighth Doctor and appeared in an American-financed TV movie in 1996. Prior to ‘The Night of the Doctor’, it was his only appearance in the role.
The mini-episode also ties in some of the audio plays, making them part of the official television canon.
The episode concludes with McGann’s character regenerating into ‘The War Doctor’ played by John Hurt, who is regarded as an previously unknown incarnation of the Doctor. It also stars Emma Campbell-Jones as Cass and Clare Higgins as Ohila.
The BBC and others are releasing documentaries and seminars relating to Doctor Who, which has become a cultural phenomenon, especially since its return in 2005. Specials include a film based on the events surrounding the creation of the series in 1963, entitled An Adventure in Time and Space, which airs on the 21st in the UK and the 22nd in the US.
The revived show has met with great success in the US as well as its native UK. Prior to its original cancellation at the end of the 1980s, it had a cult following Stateside, but was most popular in its home country and in the British Commonwealth.
As part of its success in mainstream culture, Doctor Who’s companions have regularly appeared in fashion shoots, notably Karen Gillan, who is a former model.