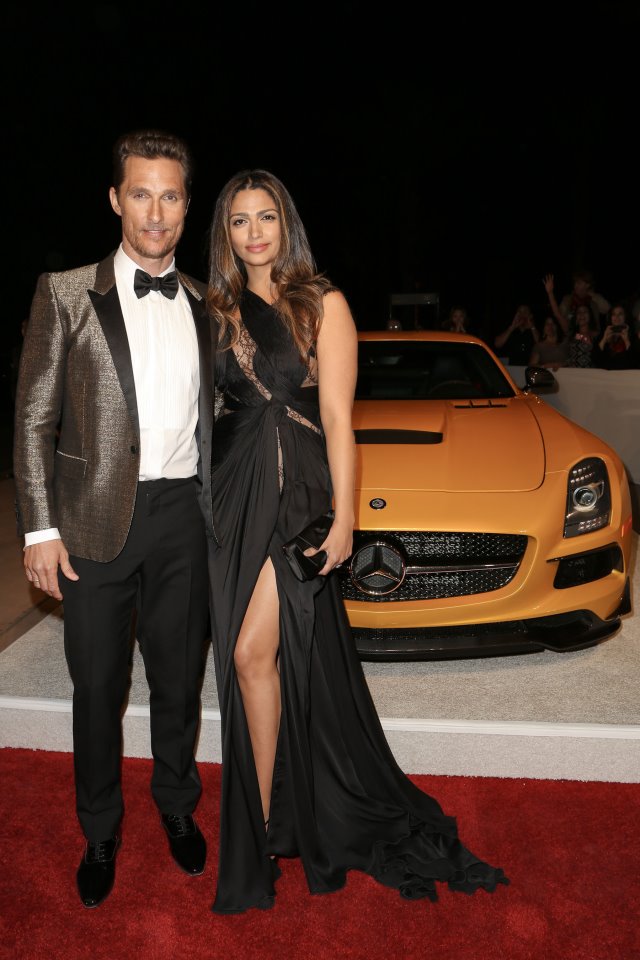 Hollywood stars were in a relaxed, joyous mood at the Palm Springs International Film Festival, sponsored by Mercedes-Benz, on Saturday. Lucire had already posted a photo of Matthew McConaughey and his wife Camila Alves in both our style gallery and our Facebook, but we now have a quick video from the event.
McConaughey, along with Tom Hanks, Julia Roberts, Meryl Streep, Sandra Bullock, Lupita Nyong’o, director Steve McQueen and the cast of American Hustle were among those honoured.
McConaughey and Bullock won the big acting awards for Dallas Buyers’ Club and Gravity respectively. Bullock is also up for best actress at the Screen Actors’ Guild and Golden Globe awards. Streep was given the Icon award.
Other A-listers at the event included Amy Adams, Bono, Bruce Dern, Idris Elba, Jane Fonda, Ewan McGregor and Gary Oldman.
The Festival, now celebrating its 25th year, is regarded as the kick-off to the film industry’s awards’ season. The event is not televised.