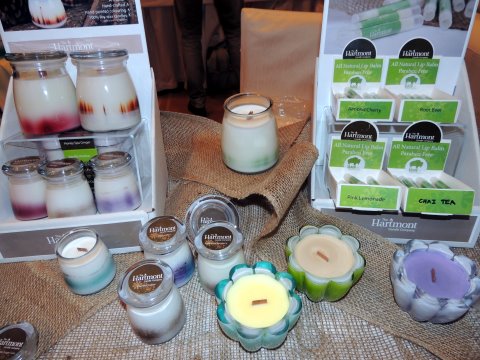 Above Candles by the Hartmont Candle Company.

Though the British and the Australians have set up camp for years during awards’ season in Los Angeles, with their A-list magnet G’Day LA and BAFTA Tea Party events, Canada stepped into the ring this year with a special fund-raiser, Oh! Canada, benefiting the Friends of the Canadian Museum for Human Rights, a new museum scheduled to open September 2014 in Winnipeg, Manitoba.
True to form, it was also one of the friendliest awards’ season events in recent memory. Headlined by acclaimed Canadian actors Catherine O’Hara and David Steinberg, this pre-Globes party showcased Canadian entertainment, libations and cuisine, including the US début performance for 2013 Canadian Country Music Association (CCMA) Awards’ CBC Rising Star Award-winner Bobby Wills, accompanied by Walt Aldridge and Mike Pyle. It was only appropriate that the formal night-time party was staged on the roof of the Peninsula Beverly Hills Hotel.
The daytime press event, held in the Peninsula Beverly Hills Hotel’s Veranda Room, was just as warm and welcoming as a trip to the Canadian heartland. While the Canadian designers and small-business people on hand were grateful to escape for a few days from the Arctic cold plaguing most of the US, the press were delighted to sample some lovely products made in and around Winnipeg.
While silver and gold fine jewellery from Montréal’s Gris Gris by Barry Richards caught your eye as you were walking in, and Boston-based physician Allan Goldstein got your attention with his booth detailing the philanthropic work of REACH (Research, Education, and Awareness for Children with Hirschprung’s Disease, which has strong support from a prominent Winnipeg family affected by the illness), Winnipeg, Manitoba was the centre of the universe as well as the geographic centre of Canada.
On the Canadian prairies, all kinds of wonderful things grow, including clever business ideas. Bead-a-Bling is a company made up of three talented Long Plain First Nation designers (Valerie Houle, Jessica Meeches and Brooke Mousseau) who meld together traditional native American beading techniques with modern colours and shapes for their jewellery and barrettes. Janie Jewels specializes in “upcycled” fashion jewellery sold at Winnipeg goodwill stores, transformed from soda cans, vintage garments and other reclaimed items. Sugar Blossom Jewelry, likewise, transforms fabric into statement jewellery. Hartmont Candles’ soy-based wax pillars add an aromatic finish to the room.
Speaking of sugar and sweet treats, there were some fun edibles as well, from Heather Stewart’s Lilyfield Cakes and the High Tea Bakery to Farmery Beer (which also handed out lovely soaps made from the things that make the craft beer so good alone or with food). If you wanted savoury, there were Elman’s Kosher Deli pickles, which were great with the giant sandwiches served by the Peninsula Hotel.—Elyse Glickman, US West Coast Editor 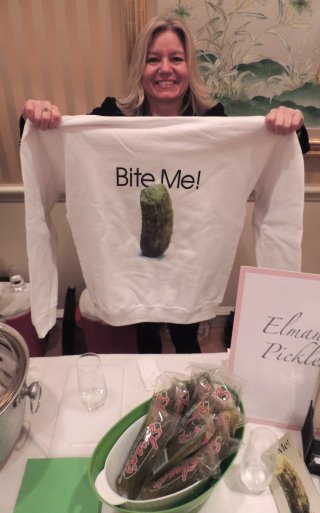 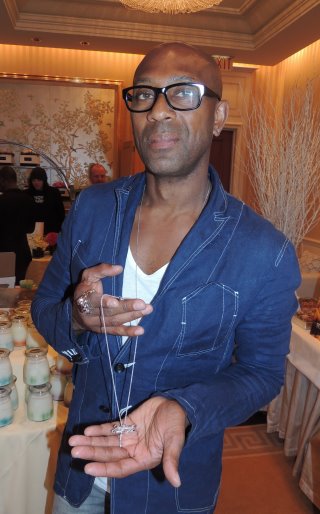 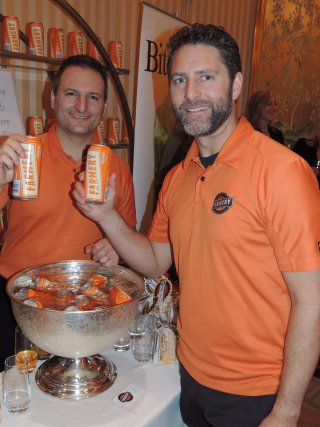 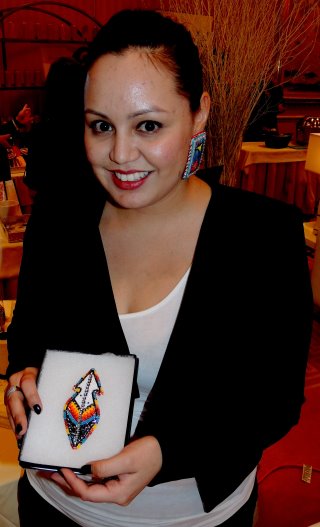 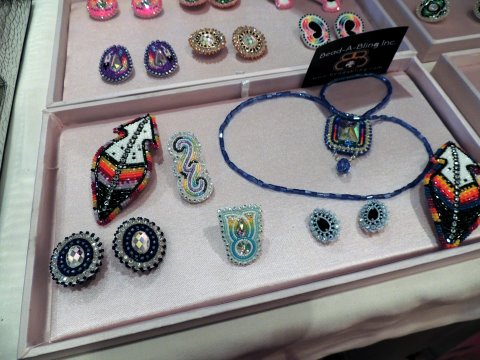 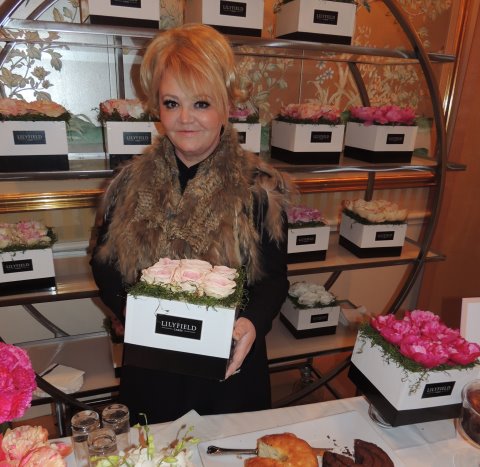