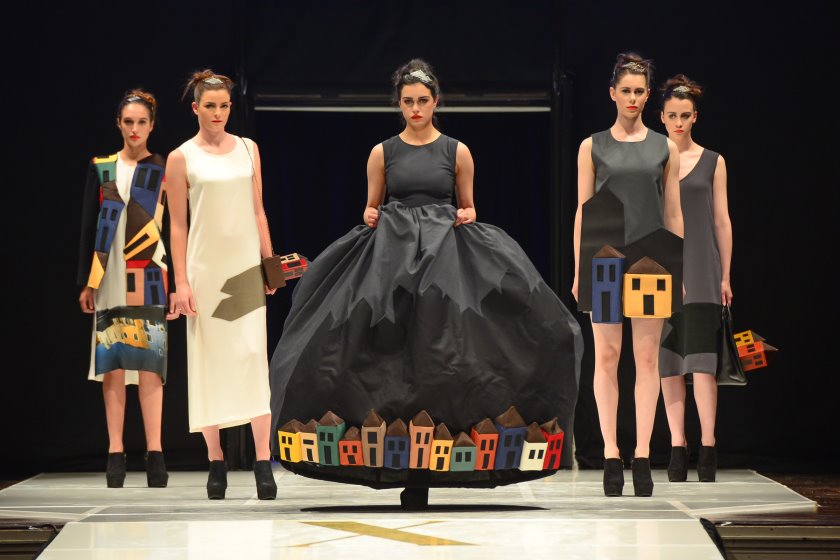 Mahshid Mahdian, from Brera Academy, Milano, won the ID Dunedin Emerging Designers’ Award and its NZ$10,000 prize on Thursday night.
Mahdian’s collection, Shadow, was inspired by shadows in Burano Island in Venezia, and features geometrical shapes and innovative technologies.
The Tehrān-born designer was encouraged by Mittelmoda’s Stefano Sopelza to enter the awards.
Judge and World creative director Francis Hooper said in a release, ‘While overall, the standard of finalists were amazing, the winners stood out because their unique character and personality as a designer came through in their garments.
‘Mahshid captured a moment in a heartbeat … When you looked at her collection, you knew she had it just right. It delivered on that inexplicable X-factor.’
Alanna Barca of RMIT won the Caffè l’Affarè second-place prize of NZ$4,000; Chin Hau Tay of RMIT won third place with the Dunedin International Airport prize of NZ$2,000.
A special prize was awarded to Vaibhav Singh of NIFT, who wins an internship with Martin Grant in Paris.