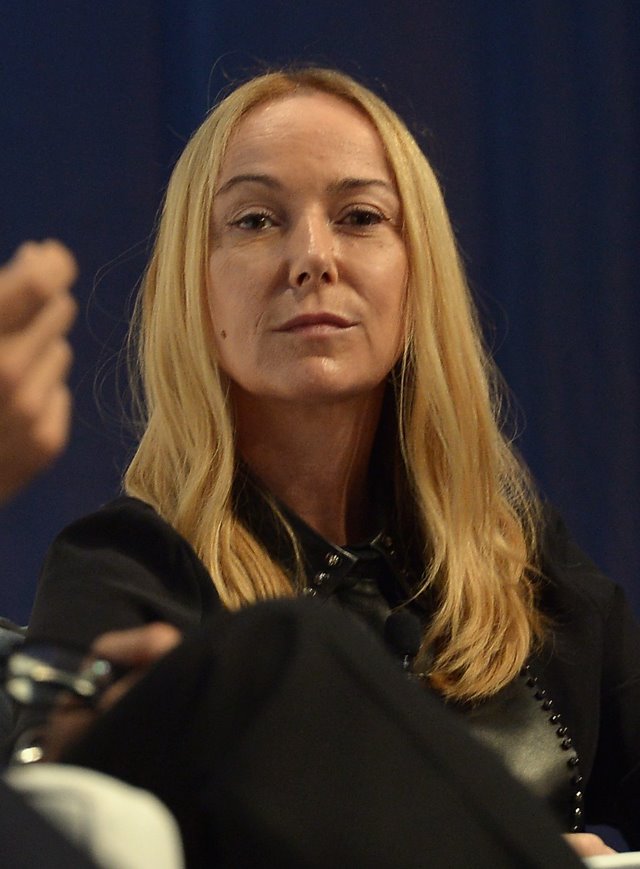 Above Frida Giannini photographed at The New York Times International Luxury Conference at the Mandarin Oriental Miami on December 2.

Gucci creative director Frida Giannini and CEO Patrizio di Marco will leave the label shortly, parent company Kering SA, formerly PPR, announced Friday.
Giannini will depart after showing her autumn–winter 2015 collection at the end of February, and no successor has been named. She will have worked for over 12 years at Gucci, and has been creative director since 2006. She had succeeded Tom Ford at the label.
Di Marco, who has been with Gucci since 2009, will leave at the end of the year, with his role taken up by Marco Bizzarri, who is presently Kering’s luxury couture and leather goods’ division. Like di Marco, Bizzarri is formerly of Bottega Veneta.
Gucci’s revenues have been dropping, suffering from a perception that its brand is not exclusive enough. Demand in China is down this year, while third-quarter sales showed a 1·6 per cent fall. Turnover has also fallen in recent years.
Kering had already named new CEOs in October at Bottega Veneta, Brioni and Christopher Kane as part of an internal overhaul. It also owns Stella McCartney and Puma.