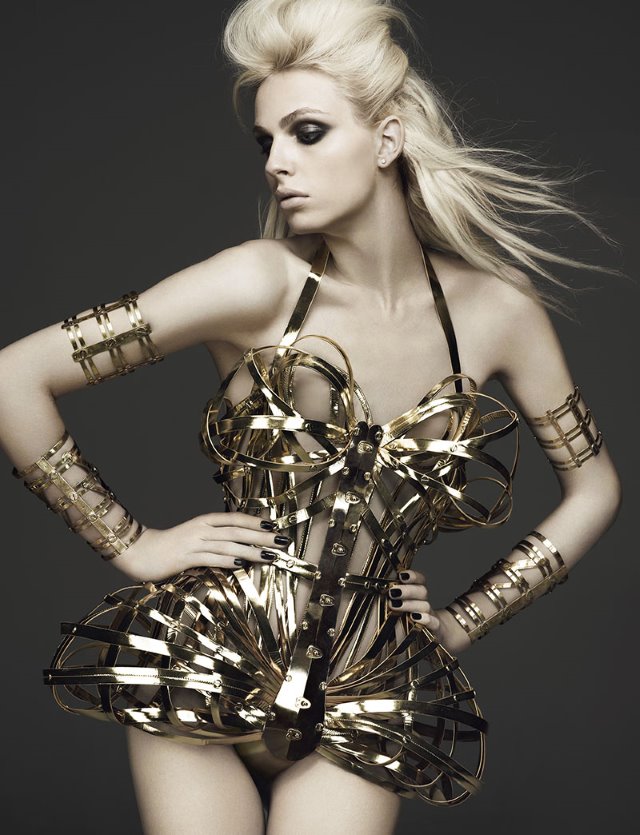 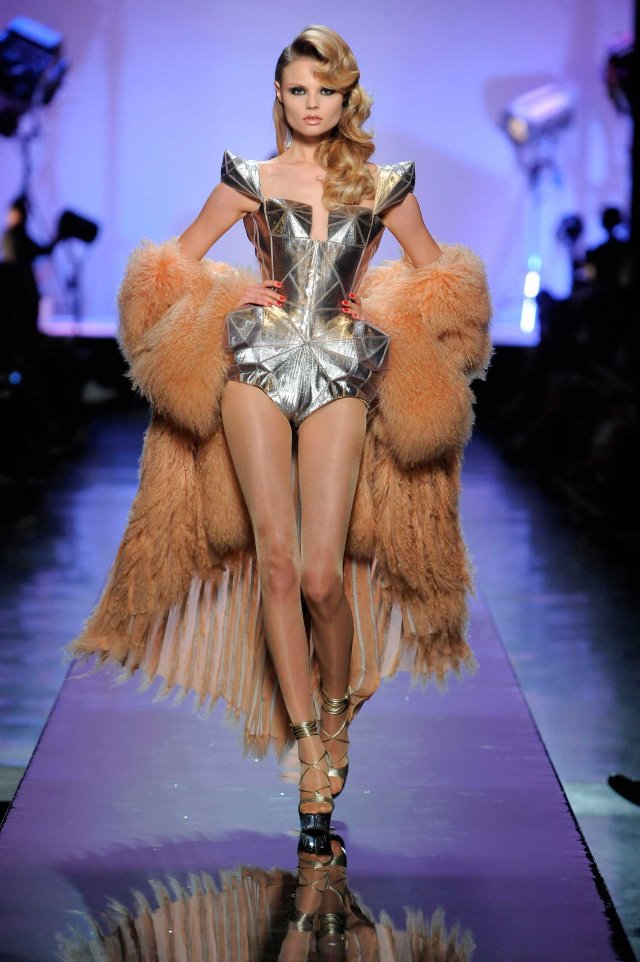 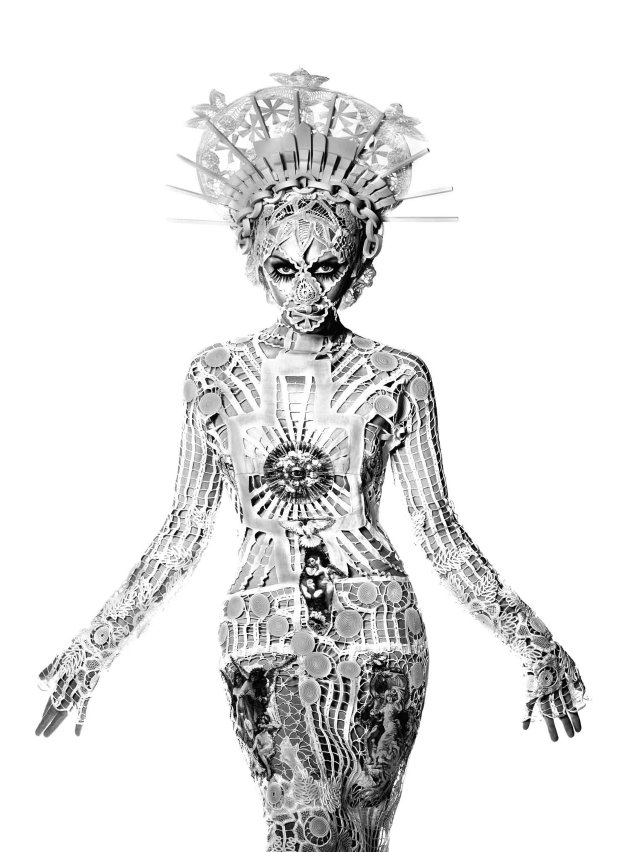 The Fashion World of Jean Paul Gaultier: from the Sidewalk to the Catwalk opens tomorrow in Paris at the Grand Palais, running till August 3.
It features 300 pieces from both his couture and prêt-à-porter collections between 1976 and 2013, as well as designs, sketches, film clips, music videos, television broadcasts, audiovisual installations, animated mannequins and wigs. Even his old teddy bear is on display.
Earlier work, from the time when Gaultier was hired by Pierre Cardin in 1970, is also included.
Gaultier’s best known design was his cone bra for Madonna for her 1990 Blonde Ambition tour.
At a press conference yesterday, Gaultier insisted that the exhibition is not a retrospective, but a new work.
The exhibition is an initiative of the Musée des beaux-arts de Montréal (Montréal Museum of Fine Arts), under the direction of its curator Nathalie Bondil and exhibition curator Thierry-Maxime Loriot, in collaboration with the Grand Palais and the Jean Paul Gaultier house. It had previously been displayed in Montréal, New York, London, San Francisco, and Melbourne.
Air Canada serves as the exhibition’s official carrier, and Kusmi Tea, Roche Bobois and Swarovski sponsor.