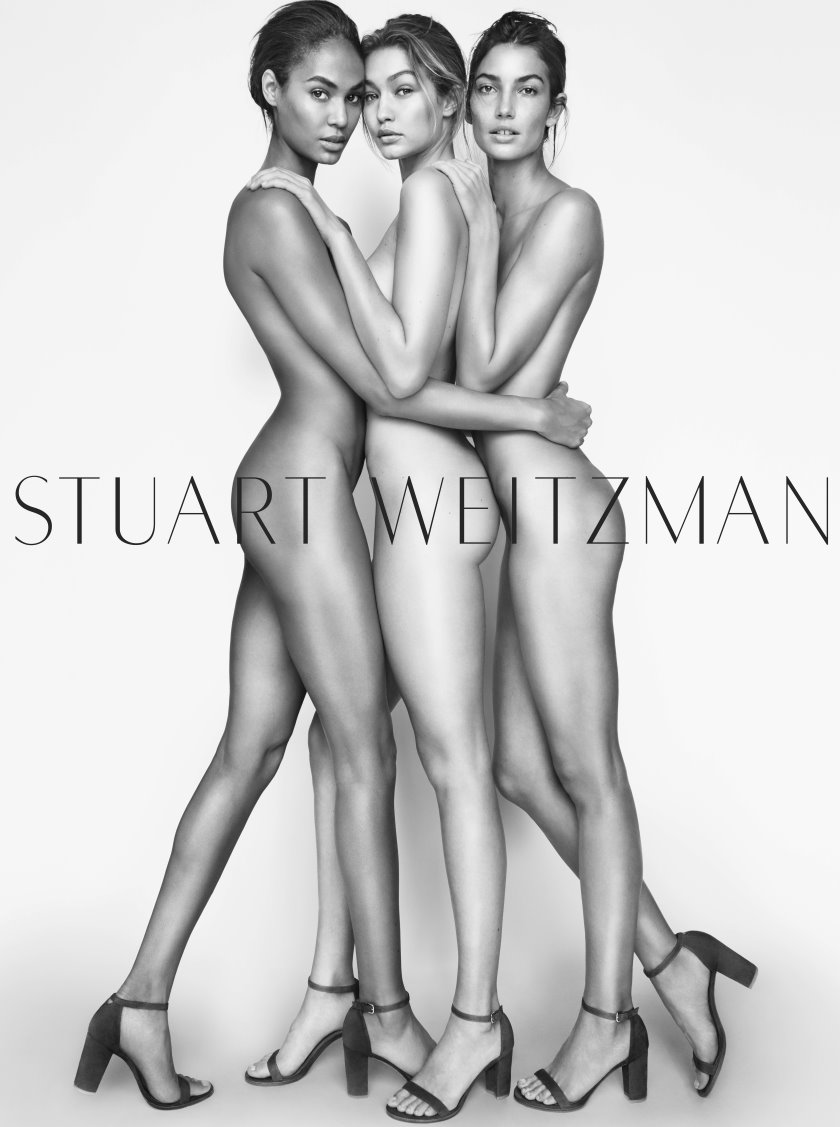 Gigi Hadid, Joan Smalls and Lily Aldridge appear nude in Stuart Weitzman’s spring 2016 advertising campaign, save for their pairs of heels.
Mario Testino shot the black-and-white campaign, which is meant to reflect ‘the intimate relationship between a woman and her shoes,’ according to the company.
The nudity ties in to Stuart Weitzman’s Nearly Nude block heel, which is a derivative of his Nudist sandal—although it’s an image that’s also bound to get noticed.
Hadid, Smalls and Aldridge are friends in real life, and the company says this made them the ideal choice when the campaign was cast.
The campaign will be seen in the US, Italy, France, the UK, Dubai, Germany, and Spain, and through parts of Asia. Outdoor advertising will run in Los Angeles, New York, Milano, Paris and Hong Kong. Behind-the-scenes video will appear at Stuart Weitzman’s website and on-site at its boutiques.