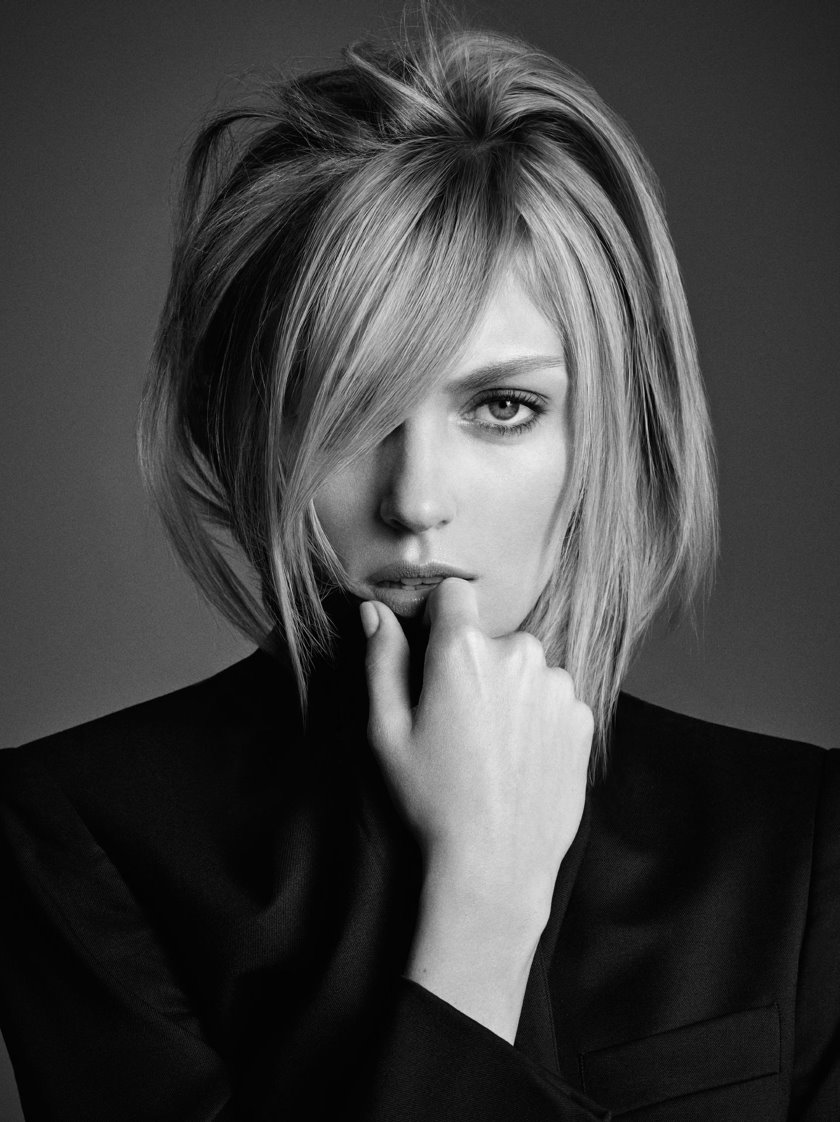 Kérastase has announced that Anja Rubik, model and creator of 25 magazine, is the face of its Visions of Style II campaign, a photo series promoting its l’Incroyable Blowdry line.
Rubik appears in 10 final images depicting 10 new styles that can be adopted thanks to Kérastase l’Incroyable Blowdry, a reshapeable heat lotion that makes blow-dries last longer. The new product’s micro particles are stimulated by heat, and locks the hairstyle in. However, they can be reactivated without reapplying product, so the wearer can adopt a new style. The hair remains luscious, according to Kérastase, and does not become stiff.
The 10 looks (la Rebelle, l’Ambitieuse, l’Enigmatique, la Romantique, la Bohème, l’Intemporelle, la Flamboyante, la Sensuelle, l’Audacieuse, and l’Impulsive) are the work of hairdresser Luigi Murenu for Kérastase.
‘Anja Rubik is a transcendent beauty with audacious style. She is a woman of boundless talent, and inspires through her multi-faceted forms of creative expression. For these reasons, we are very proud to welcome Anja as the face of Visions of Style II for l’Incroyable Blowdry,’ said Vincent Nida, Kérastase general manager, in a release. ‘A woman’s hair is an expression of her identity. Anja’s transformation into these 10 personalities shows how a woman can use her hair to highlight different aspects of her identity and femininity. Anja captures this perfectly through her sophisticated, diverse and worldly nature.’
‘I’ve been faithful to Kérastase products for many years. I’m so happy to be the face of Visions of Style II because Kérastase reflects my personality. There is a truly unique, luxurious quality to the brand, as well as a transformative element,’ said Rubik. ‘For me, it’s important to grow and constantly change and evolve. I love that l’Incroyable Blowdry empowers you to be whomever you want to be by making it so easy to style and restyle your hair.’
Kérastase l’Incroyable Blowdry appears in stores in February 2016.