Montblanc honoured Grace Kelly a few years ago with a limited-edition collection, and now it has turned its attention to pop artist Andy Warhol.
Its Great Characters line, which has already offered items based on the legacies of Leonardo da Vinci, Alfred Hitchcock and John F. Kennedy over the last seven years, sees a new range that pays tribute to Warhol. The Montblanc Andy Warhol Special Edition pens feature a cap that shows four images of tomato soup cans—a reference to Warhol’s Campbell’s Soup Cans Series of 1965—worked into stainless steel. The cap ring on the fountain pen, rollerball and ballpoint pen has Warhol’s signature alongside an engraving of ‘©/®/TM AWF’, and the cap top is engraved with one of the artist’s quotes: ‘Art is what you can get away with’. The rhodium-plated 585 gold nib on the fountain pen has a dollar sign from his Dollar Sign series.
The Limited Edition 1928, referencing Warhol’s birth and inspired by his Flowers (1964), has another quotation on the cap, ‘You need to let the little things that would ordinarily bore you suddenly thrill you’, and is accompanied by an abridged version of his 1975 book, The Philosophy of Andy Warhol (from A to B and back Again).
The Montblanc Great Characters Andy Warhol Special Edition is available in New Zealand from Montblanc Boutique at 87 Queen Street, Auckland. For more information, visit www.montblanc.com. 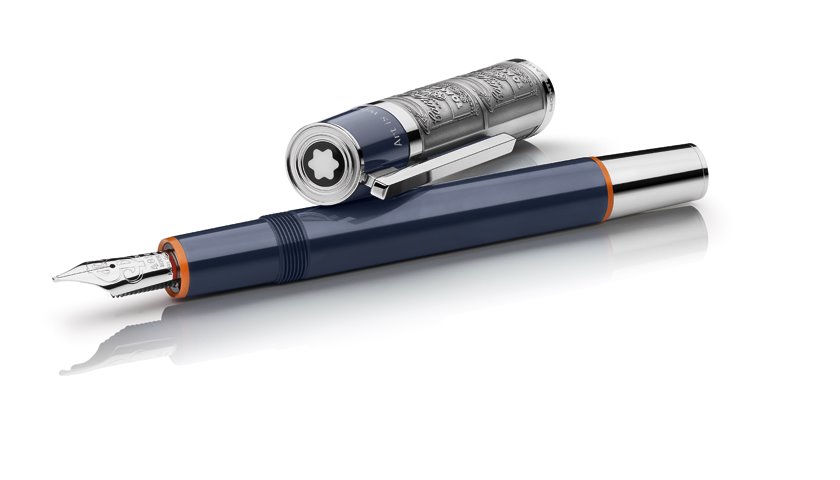