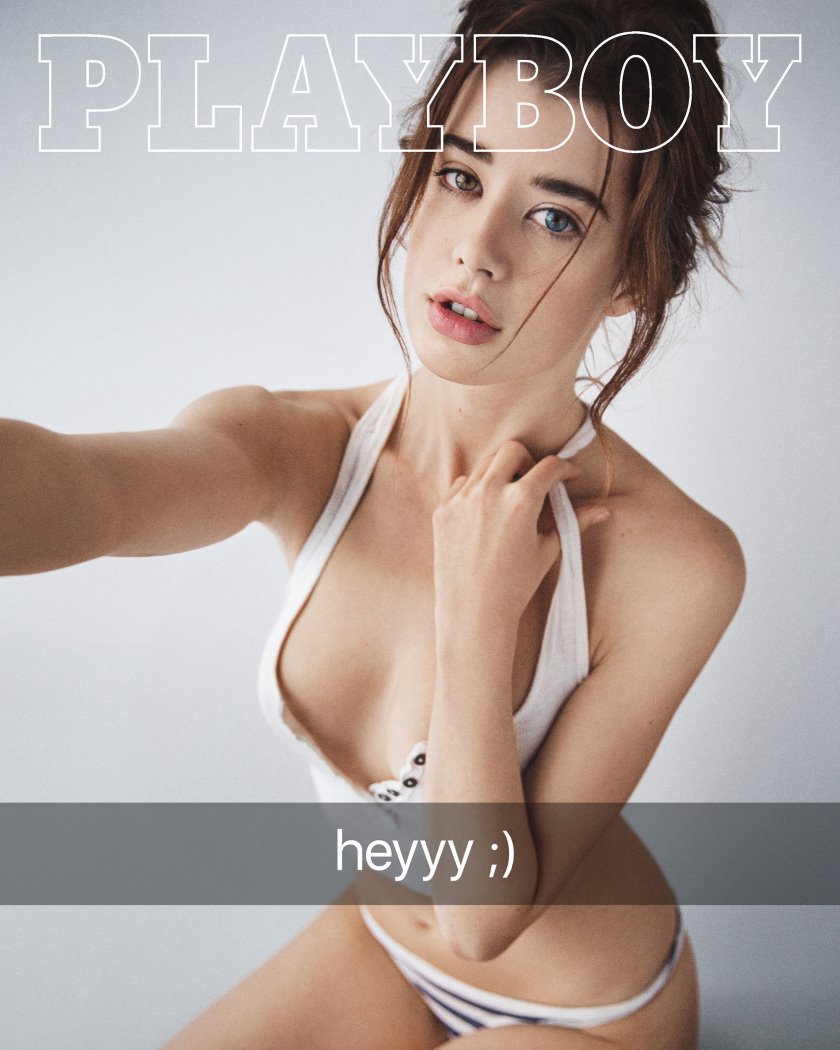 Snapchat and Instagram personality Sarah McDaniel graces the cover of the first non-nude issue of Playboy, its March 2016 number, to hit newsstands on February 12.
The eagerly anticipated revamped magazine, which had been following a similar formula for 62 years, will be unveiled on February 5 at Playboy’s annual party during Super Bowl weekend in San Francisco.
The March Playmate is Dree Hemingway, daughter of Mariel Hemingway, who appeared in the magazine in 1982; while artist and model Myla Dalbesio takes her own photographs in this issue.
Since removing its explicit nude photographs from its website, Playboy has seen its traffic increase, and the magazine is expected to follow suit with a greater circulation.
Playboy says it has gone back to its ‘intellectual, artistic and literary powerhouse years’ of the 1960s as inspiration for 2016. ‘The result is a Playboy magazine for a new generation, full of fresh contributors, new regular features, and an entirely contemporary take on photographing the beautiful women who have made the publication one of the most enduring and successful of all time.’
There is a slight size change, with an increase to 9 by 11 inches (22·9 cm by 28 cm), with an upgrade in paper quality. It can also be bought at 1,200 new retail locations in the US.
Highlights for the revamped magazine include: ‘Francofile’, the return of a monthly high-profile interview by James Franco; ‘Rabbit Hole’, Ben Schott’s monthly column; ‘My Way’, with entrepreneurial advice; ‘Playboy Advisor’, now written by a female columnist, Rachel Rabbit White; ‘Artist in Residence’, this month focusing on cartoonist Jay Howell; ‘No Filter’, written by a woman who’s making waves in entertainment; and a political column by John Meroney. This month’s features include: an interview from Rachel Maddow; 20 questions with Abbi Jacobson and Ilana Glazer of Broad City; an essay on modern sexuality by Bret Easton Ellis; ‘God Bless Birth Control’, with Erin Gloria Ryan examining the IUD; a feature on one man’s tussle with US Immigration; and two literature instalments, with an excerpt from Karl Ove Knausgaard’s My Struggle: Book Five, and ‘Boone Daniels Rogue Ride’ by Don Winslow.
The party will be held at a space in Lot A of AT&T Park in San Francisco, with sponsors Dodge, Effen Vodka, Aquahydrate and Red Bull. Alesso will DJ the party. An Instagram-activated vending machine will invite guests to post for a peek of the new magazine.