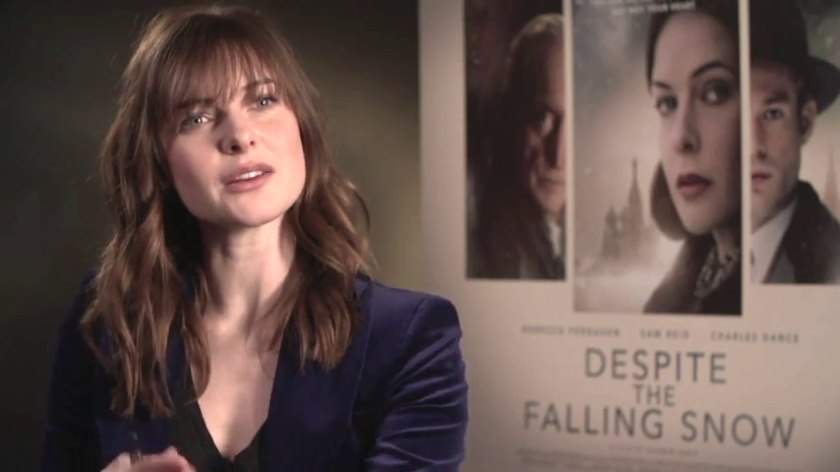 Swedish actress Rebecca Ferguson talked to the media recently about her dual roles in writer–director Shamim Sarif’s Despite the Falling Snow.
Sarif wrote the 2004 novel, set in two different times: 1950s Cold War Moskva, and 1992 in the same city and in London following the collapse of the Soviet Union. In 2013, the film adaptation, which she directed, was announced.
The film also stars Charles Dance, Antje Traue, Oliver Jackson-Cohen and Anthony Head.
Ferguson plays both Katya, a KGB spy in the 1950s, and Lauren, Katya’s niece and a New York artist in 1992, in the film. The film sees Katya fall in love with a politician whom she has been ordered to spy on.
The dual roles were ‘one of the reasons to why I did it,’ says Ferguson. ‘I met Shamim. She told me this incredible story. I hadn’t read the book yet. I remember thinking, “You’re going to play two characters, I’m going to walk away, I could never do that.”’ The challenge eventually drew Ferguson in to the film.
Ferguson, who is fluent in Swedish and English without a trace of an accent in either, is best known for her role in Mission: Impossible: Rogue Nation.