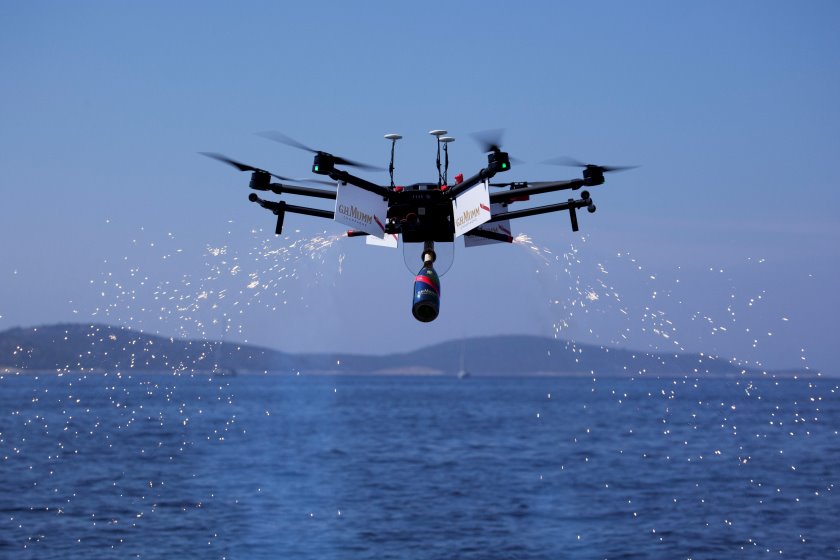 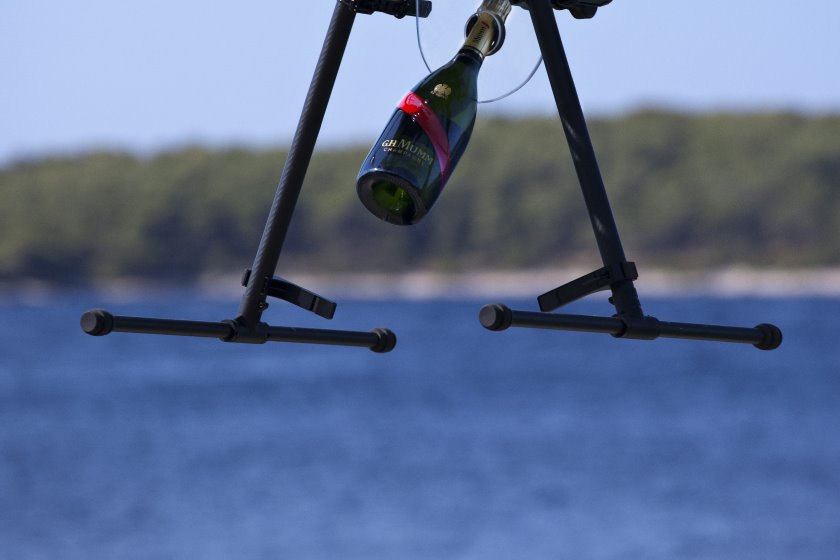 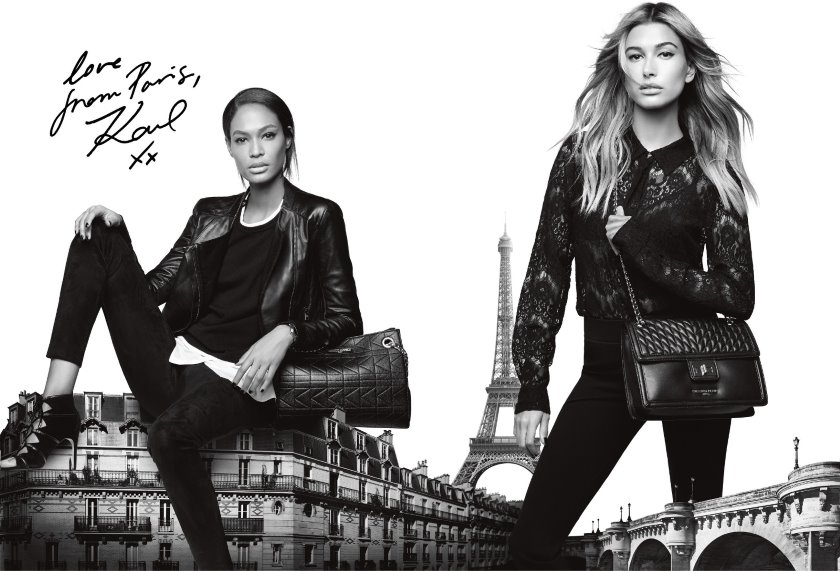 On August 30 and 31, the new Mumm Grand Cordon champagne was exhibited at Croatia’s Hula Hula Beach Club. For each order of champagne at the Club, a bottle was flown over the sea by a drone. Music accompanied the delivery—those receiving the champagne would get a particularly special experience, emphasizing Mumm’s current ‘celebrate’ theme, and its taste for daring innovation.
The new bottle was created by Ross Lovegrove and has no front label. The G. H. Mumm signature and emblem are printed directly on to the glass, while the Cordon Rouge sash is actually a real red ribbon indented in the glass. The new design meant changes to the traditional champagne production process.
Karl Lagerfeld Paris has launched its autumn 2016 advertising campaign, Love from Paris, Karl ××, coinciding with the label’s launch in North America. Lagerfeld himself art-directed and photographed the campaign, which was styled by Charlotte Stockdale, and modelled by Joan Smalls and Hailey Baldwin. It’s a predominantly black-and-white collection with colour splashes, featuring prêt-à-porter clothes and accessories.
Also on the theme of new and luxury: a new leathergoods label, Anna White, has launched in New Zealand, with a contemporary line consisting of the AW1 tote, Liberty shoulder bag and Protagonist clutch. Right now, Anna White is also offering a limited-edition Classique tote, retailing at NZ$650. The range has simple lines with a quality look. It’s the ideal chance to own stylish bags before others jump on board—Anna White’s off to a good start.—Bhavana Bhim with Lucire staff 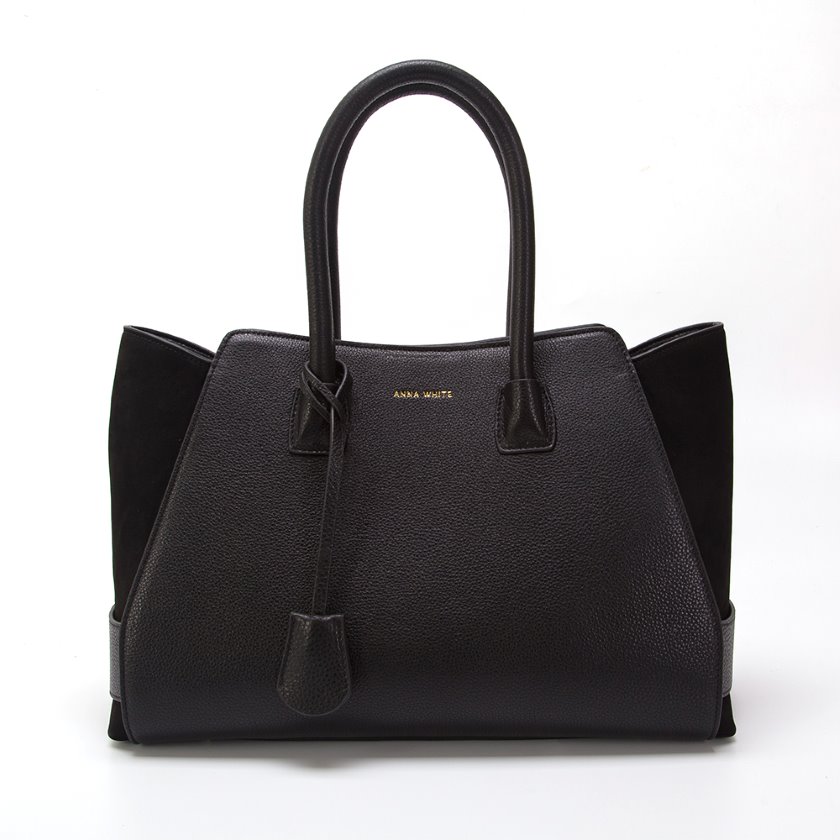 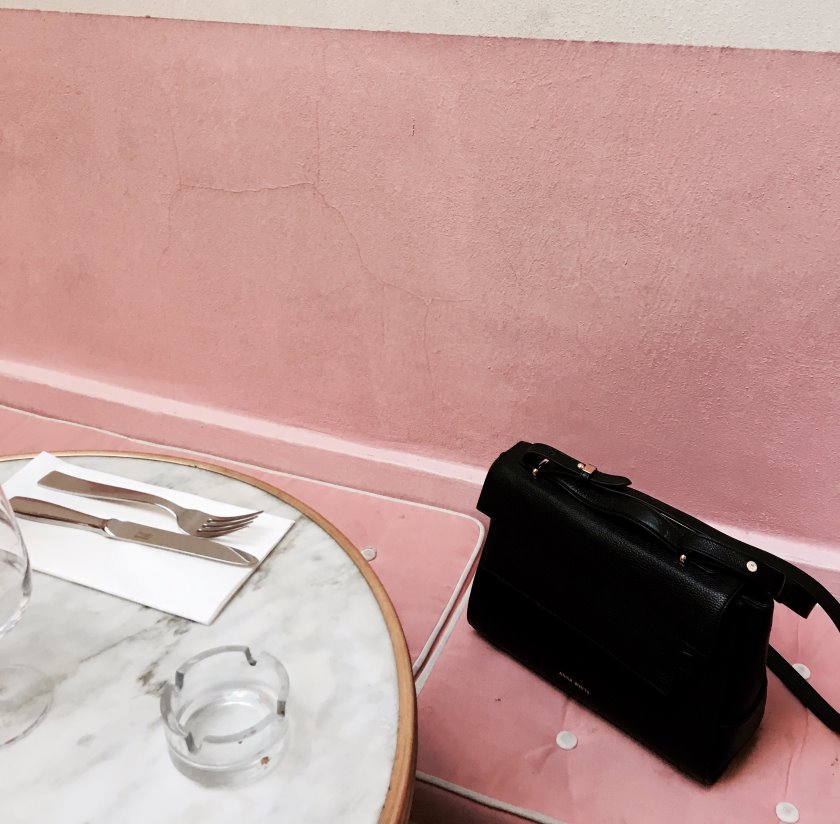 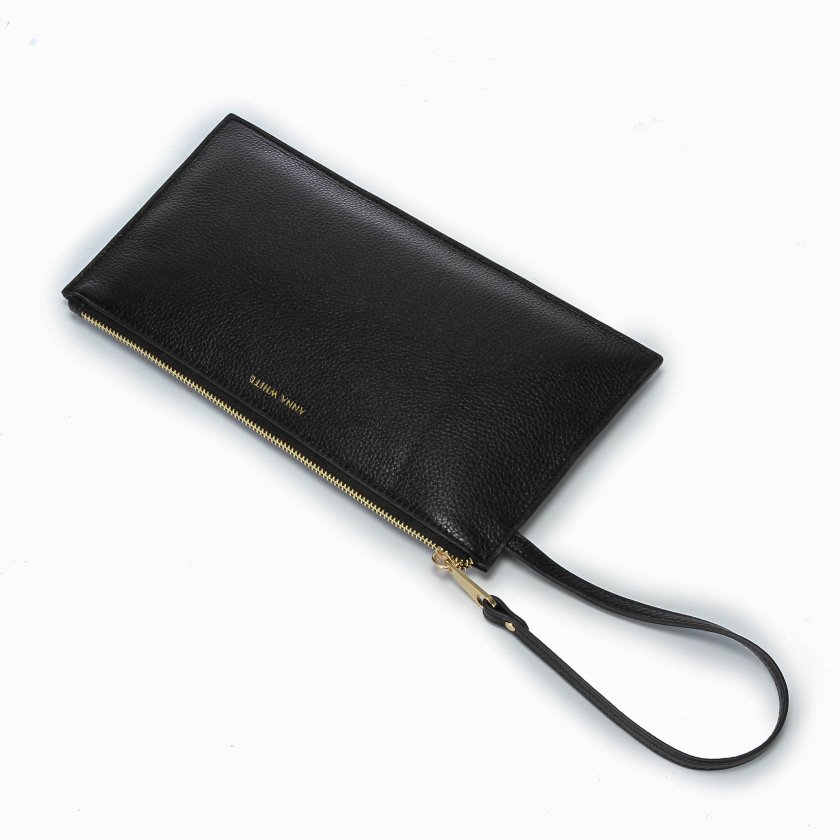