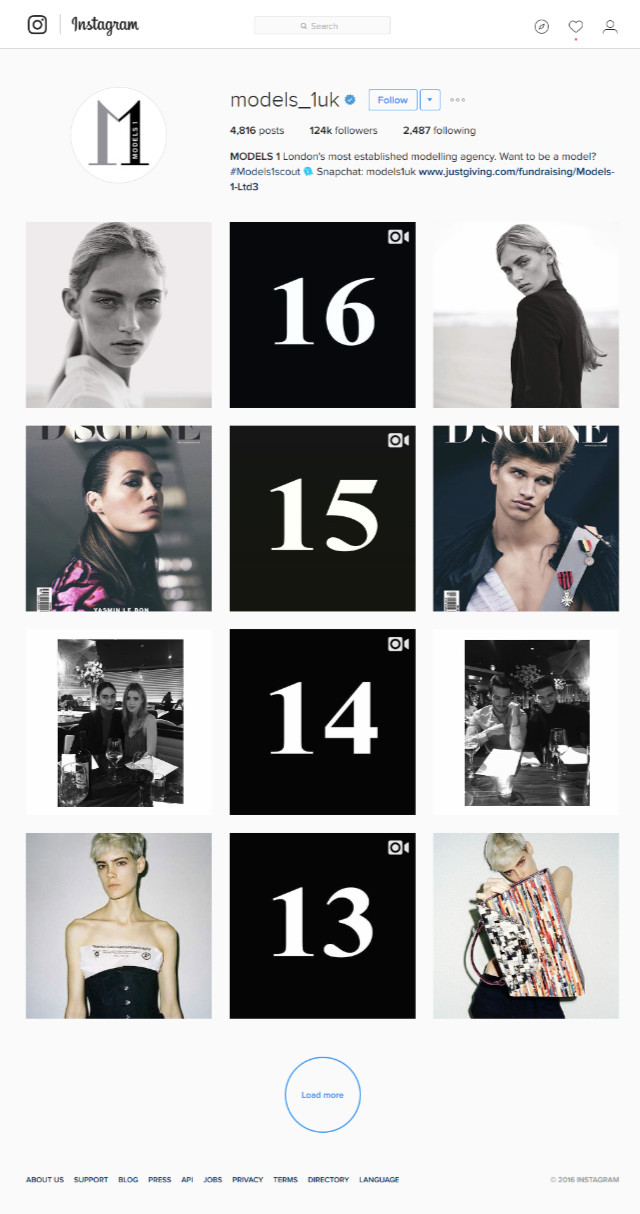 Above: Models 1 is one of three agencies appealing a decision by the UK Competition and Markets Authority.

The UK Competition and Markets Authority (CMA) has fined five modelling agencies a total of £1,533,500 for collusion, driving prices up for modelling services. The five agencies named were FM Models, Models 1, Premier, Storm and Viva, and their trade association, the Association of Model Agents (AMA).
Models 1, Premier and Storm have stated that they would appeal the decision, calling the CMA’s findings ‘wholly mistaken’ and that the fines were disproportionate, outside the Authority’s own guidance.
John Horner, managing director of Models 1, said, ‘We reached our decision to appeal the CMA’s findings without hesitation. It is clear that even after a 20-month investigation the CMA has failed to understand our complex industry.’ The agencies have said that the CMA has not stated any evidence that their activities have had a discernible effect on competition in the UK.
‘The CMA is penalizing modelling agencies for seeking to maintain professional standards within the industry whilst also protecting the interests of young and vulnerable people,’ added Horner. ‘They are not improving the competitive environment but are damaging a small but important UK industry which is recognized as successful internationally.’
The three agencies said their activities protected models’ interests and ensured a sustainable market that benefited consumers, the economy and society.
In fact, they argue that competition is intense, with 10,000 models and 58 modelling agencies operating in the UK, and buyer power can be far stronger than that of agencies. They also point to falling revenue from modelling fees, which have dropped by 10 per cent since 2011.
The CMA alleges that the price-fixing took place between April 2013 and March 2015 at the minimum, over a variety of assignments, from fashion magazine shoots to advertising campaigns. However, the services of top models were not affected by the collusion. This infringed the Competition Act 1998, which deems such anticompetitive behaviour illegal.
‘The parties regularly and systematically exchanged information and discussed prices in the context of negotiations with particular customers. In some cases, the agencies agreed to fix minimum prices or agreed a common approach to pricing,’ said the CMA in a release. The CMA says that the AMA issued email circulars that pressured members to resist prices that were too low.
The agencies appealing the decision say that the only communication that took place between them dealt with usage and publication rights, not the prices of modelling assignments. Warnings were issued about inappropriate contract terms over image rights, which have become a major issue since online retailing.
The fines for each agency were: FM Models, £251,000; Models 1, £394,000; Premier, £150,000; Storm, £491,000; and Viva, £245,000. The AMA was fined £2,500.
Penalties have been announced in France and Italy after investigations into the modelling services’ sector there.
Yasmin Le Bon, Hannah Cassidy and former British Fashion Council COO Simon Ward have publicly defended the agencies.