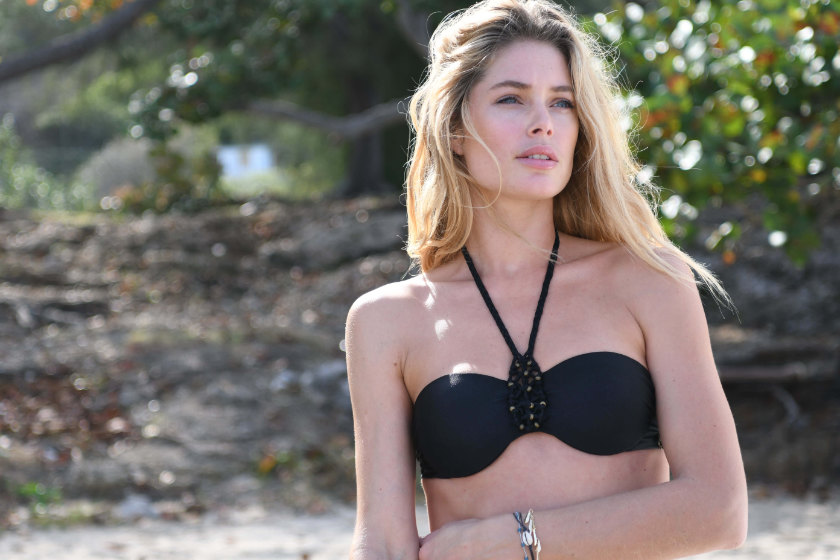 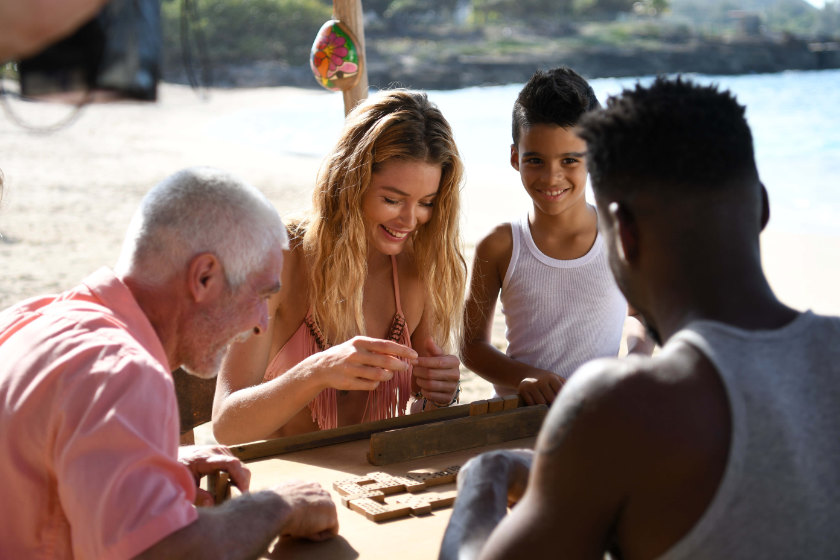 Hunkemöller and spokeswoman Doutzen Kroes launched Doutzen’s Summer Stories, a bikini range in which the celebrity model has had a hand in designing, at Fabrik 23 in Berlin on April 18.
Doutzen’s Summer Stories’ collection captures the Zeitgeist perfectly: it’s inspired by the wanderlust theme, or ‘backpacker chic’, as the company calls it. It’s very fitting in an age of international travel and exploration, and their social media documentation. What often appears on social media isn’t a coordinated, styled look, but something thrown together, based on the wearer’s comfort. What if a collection actually offered that look? It’d save hunting around—and that’s likely what Hunkemöller’s banking on for spring–summer 2017. Officially: ‘From beach to festival, the entire collection has been designed so that you can create complete looks whatever your plans are.’
The Fabrik 23 party was along the same lines, with guests dressed as though they were taking a faraway island holiday, and a Cuban band performed live along with Latin dancers. Kroes joined in with the dancing.
The collection has details such as fringes, tassles, coins (we love this detail) and shells, with colours in tints of red, blue and pink (entitled Arabian Spice, Deep Lagoon, and Coral Wash respectively), black (Nero) and off-white (Snow White). The collection also includes crochet dresses, tunics and a one-suit. It goes on sale online at hunkemoller.co.uk on May 2, and in stores on May 5. 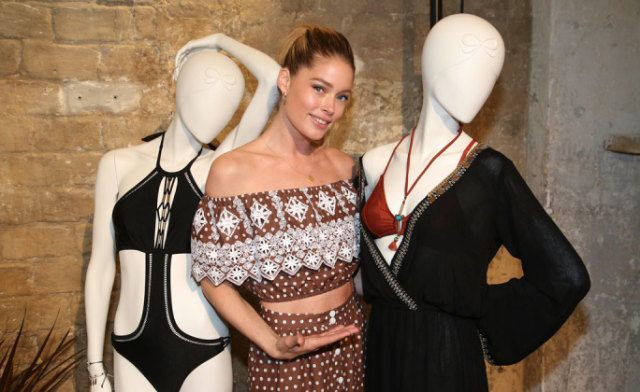 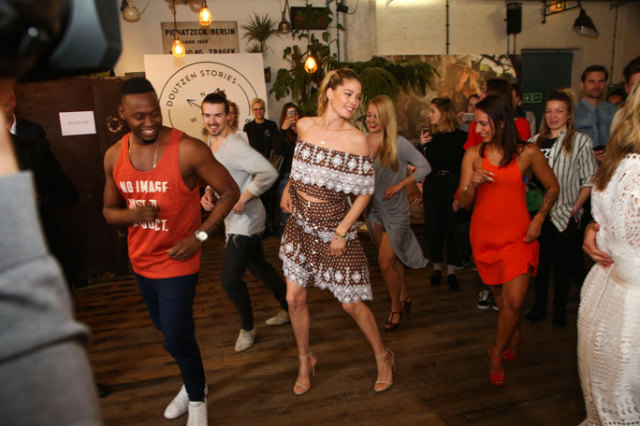 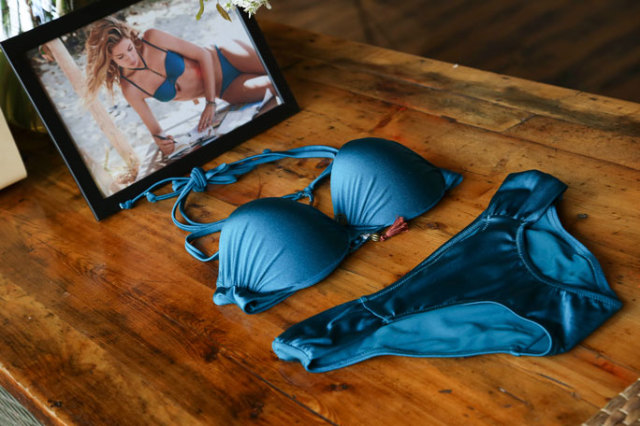 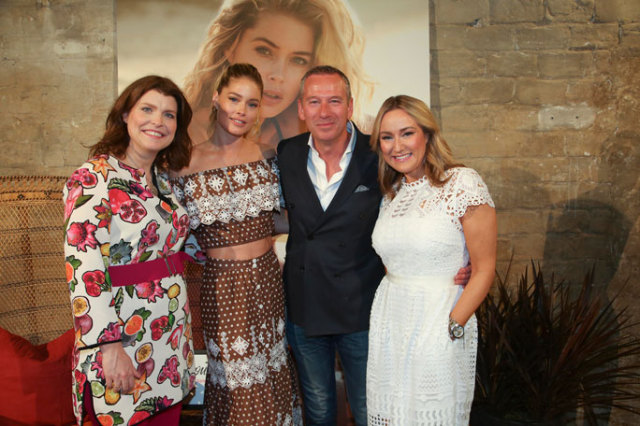 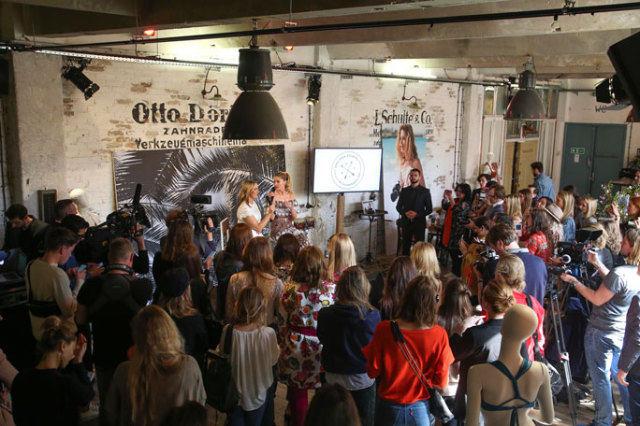