I’m getting a buzz seeing how little I update social media now. Around February 2016 I began updating Tumblr far less; I’ve gone from dozens of posts per month to four in December 2017 and seven in January 2018. (Here’s my Tumblr archive.) Facebook is a thing of the past for me (as far as my personal wall is concerned), though that was helped along by Facebook itself. However, I’m still a pretty heavy Instagram user, and I continue to Tweet—though with Twitter’s analytics telling you how much you’re up or down over the previous month, it might be a challenge to see if I can get that down by 100 per cent next. (It won’t happen any time soon, but if Twitter continues on its current path over its policies, it might come sooner rather than later.)
I’m wondering if the next badge of honour is how much you can de-socialize yourself, and for those of us with web presences (such as this blog), bringing traffic to your own spaces. Why? It’s all about credibility and authenticity. And I’m not sure if the fleeting nature of social media provides them, at least not for me.
Now in an age where so many are trying to be an “influencer”, then wouldn’t we expect the tide to turn against the shallow, fleeting posters in favour of something deeper and more considered? After all, marketing seeks authenticity—it has for a long time. What is authentic about a social media influencer who changes clothes multiple times a day out of obligation to sponsors? Even if they reach millions, did it really connect with audiences on a deeper level or did it simply seem forced?
I can understand how, initially, social media were real connectors, allowing people to connect one on one and have a conversation. It seemed logical that marketing would head that way, going from one-to-many, to something more personalized, then (as Swedish business author Stefan Engeseth has posited for a long time) to one where brand and audience were on the same side, trying to find shared values (let’s call it ‘oneness’). At a time social media looked like it would help things along. But has it really? Influencers are less interested in being on the same side than being on the other side, in an adaptation of the one-to-many model. It’s just that that model itself has become democratized, so a single person has the means of reaching millions without a traditional intermediary (e.g. the media). There’s nothing really wrong with that, as long as we see it for what it is: a communications’ channel. Nothing new there. 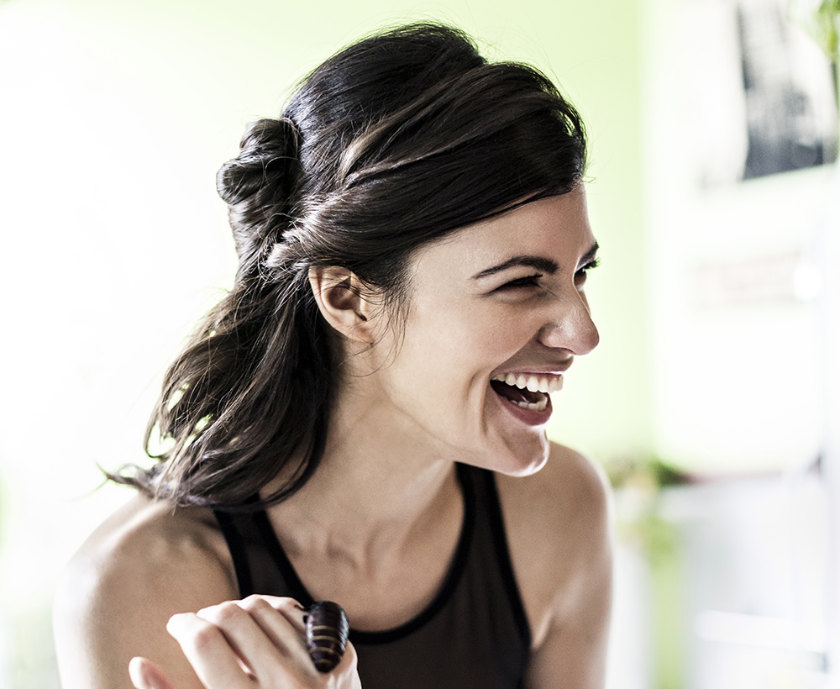 Some are doing it right in pursuing oneness with their audiences by posting just on a single topic, updating honestly about their everyday lives—editor-at-large Summer Rayne Oakes comes to mind with her Homestead Brooklyn account, and has stayed on-message with what she stands for and her message for over a decade. Within the world of Instagram, this is a “deeper” level, sharing values in an effort to connect and be on the same side as her audience. However, she isn’t solely using Instagram; other media back her up. Hers is a fantastic example of how to market and influence in the context I’m describing, so there is still a point to these social media services. But for every Summer Rayne there are many, many who are gathering attention for no values that I can fathom—it has all been about the numbers of followers and looking attractive.
I haven’t a problem with their choice—it is their space, after all—but we shouldn’t pretend that these are media that have allowed more authentic conversations to take place. Marketers should know this. These messages aren’t customized or personalized. Algorithms will rank them so audiences get a positive hit that their own preferences are being validated, just like any internet medium that places us in bubbles. The authenticity is relative: because no party has come between the communicator and the audience, then it’s unfiltered, and in that respect it’s first-hand versus second-hand. But how many times was that message rehearsed? How many photos were taken before that one was selected? It’s “unreality”.
There are so many such social media presences now, and crowded media are not places where people can have a decent connection with audiences. Some with millions of users—I’m thinking of young models—might not even be reaching the target audience that companies expected of them. Is what they wear really going to be relevant to someone of the opposite sex browsing for eye candy? That isn’t a genuine conversation.
Don’t look to my Instagram for any clues, either—I use it for leisure and not for marketing. I don’t have the ambition of being a social media influencer: I’m happy with what I do have to get my viewpoints across.
I don’t know what’s next. I see social media decentralizing and people taking charge of their privacy more, even if most people are happy to have the authorities snoop on their conversations. Mastodon has been pretty good so far, because it hasn’t attracted everyone. The few who are there are having respectful conversations, even if posts aren’t reaching the numbers they might on Twitter, and mutual respect can lead to authenticity. If, as a marketer, that’s not what you seek, that’s fine: there are plenty of accounts operating on audience numbers but not genuine conversations—as long as you know what you’re getting into. But I believe marketing, and in particular branding, should form real relationships and dialogue. Not every life is the fantasy shown in social media—we know that that’s not possible. One politician has coined the term ‘fake news’; and social media have “fake lives”, in amongst all the bots.
If these media become known for shallow connections “by the numbers”, then even those doing it right, forming those genuine conversations, may be compelled to move on, or at least value the social media services less because of what their brands stand for. Email is a great medium still, and you can still have great conversations on it, but email marketing isn’t as “sexy” as it was in the mid-1990s, because there’s more spam than legit messages. It takes skill to use it well and to build up a proper, consented email list. Social media are getting to a point where some big-number accounts are associated with shallowness, and the companies themselves (e.g. Facebook and Twitter) have policies and conduct that have the potential to taint our own brands.
In 2018, as at any other time, doing something well takes hard work. There is no magic medium.—Jack Yan, Publisher

A piece on the future of social influencers appears in issue 38 of Lucire. A version of this op–ed first appeared on Jack Yan’s blog.