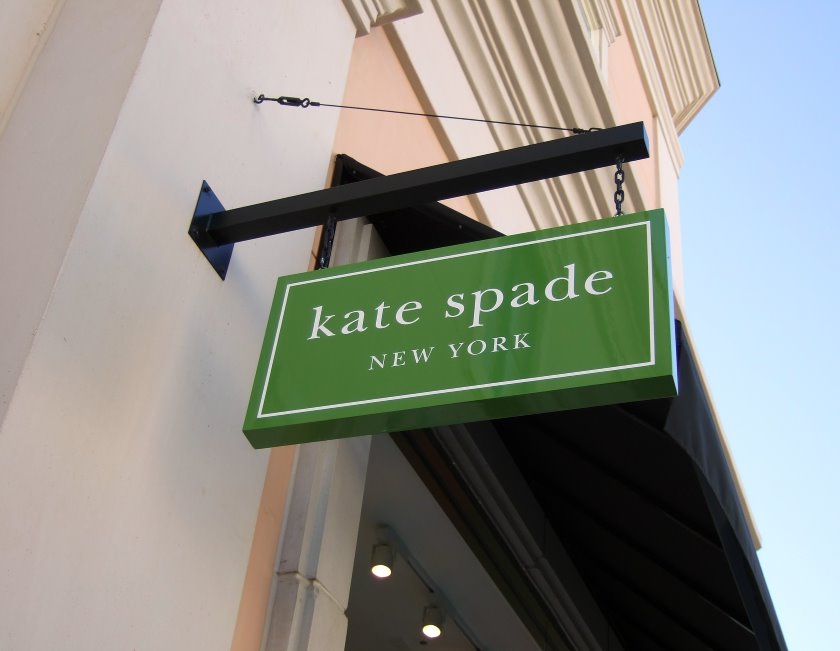 Fashion designer Kate Spade, 55, has been found dead at her apartment in New York, with the NYPD treating her death as an apparent suicide. A note was found, according to police, but its contents were not disclosed.
She had been found hanged in her bathroom by her housekeeper, who called 911. Spade was pronounced dead at the scene.
The Spade family issued a statement: ‘We are all devastated by today’s tragedy. We loved Kate dearly and will miss her terribly. We would ask that our privacy be respected as we grieve during this very difficult time.’
The Kate Spade brand’s statement issued today read, ‘Kate Spade, the visionary founder of our brand, has passed. Our thoughts are with her family at this incredibly heartbreaking time. We honor all the beauty she brought into this world.’
Born Katherine Noel Brosnahan on December 24, 1962, Spade did not envisage a career in fashion. After meeting her partner, Andy Spade, the brother of actor David Spade, she moved to New York, where she worked at Condé Nast’s Mademoiselle. During that time, the idea of a more sophisticated bag came to mind, and she founded her eponymous label in 1993 with Spade and her friend, Elyce Arons.
She and Spade married in 1994. The Spades sold their shares in the business in 1998, and have not been involved with the label for some time. The company is currently part of Coach, Inc.
She is survived by her husband and daughter, Frances.

If you are having suicidal thoughts, or know someone who is, remember, there is hope, and someone you can talk to. Call a suicide prevention hotline in your country. In New Zealand, if in immediate harm, dial 111. Otherwise, check out the resources at the Mental Health Foundation.