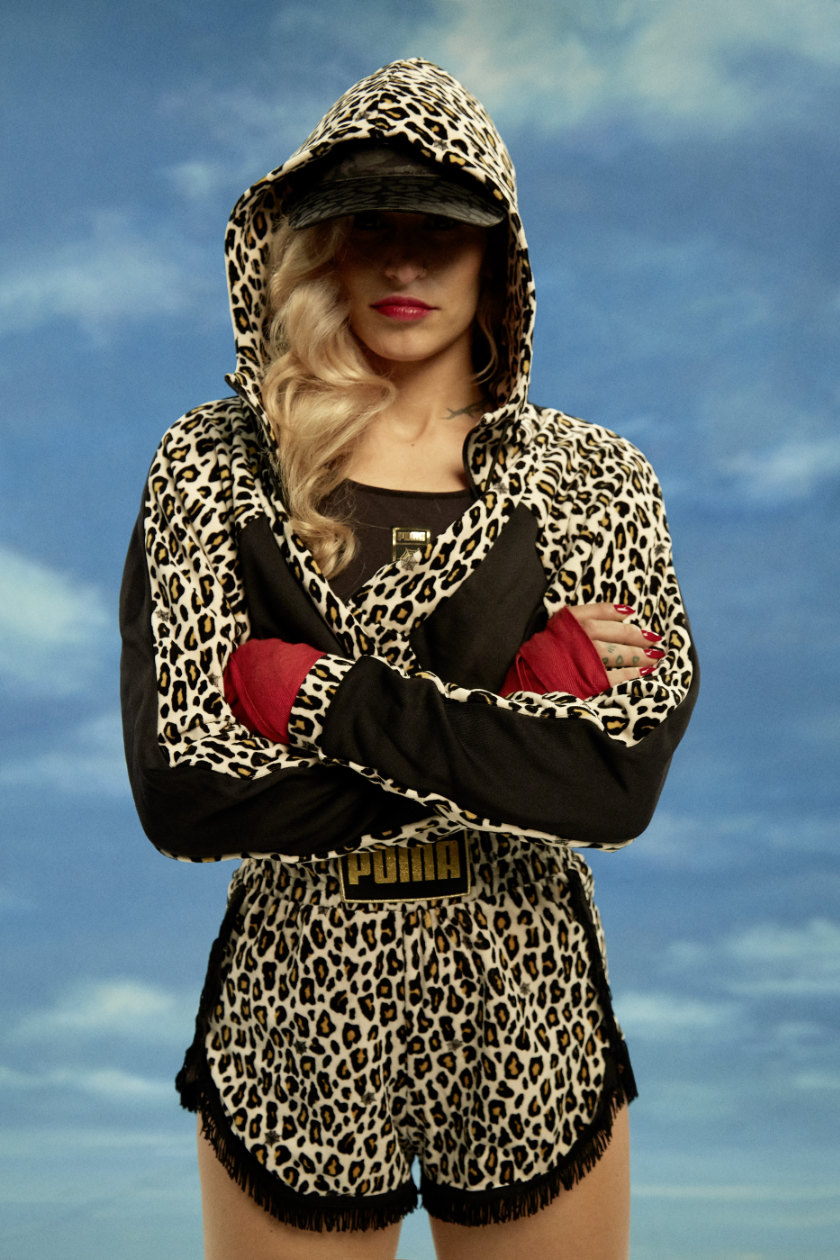 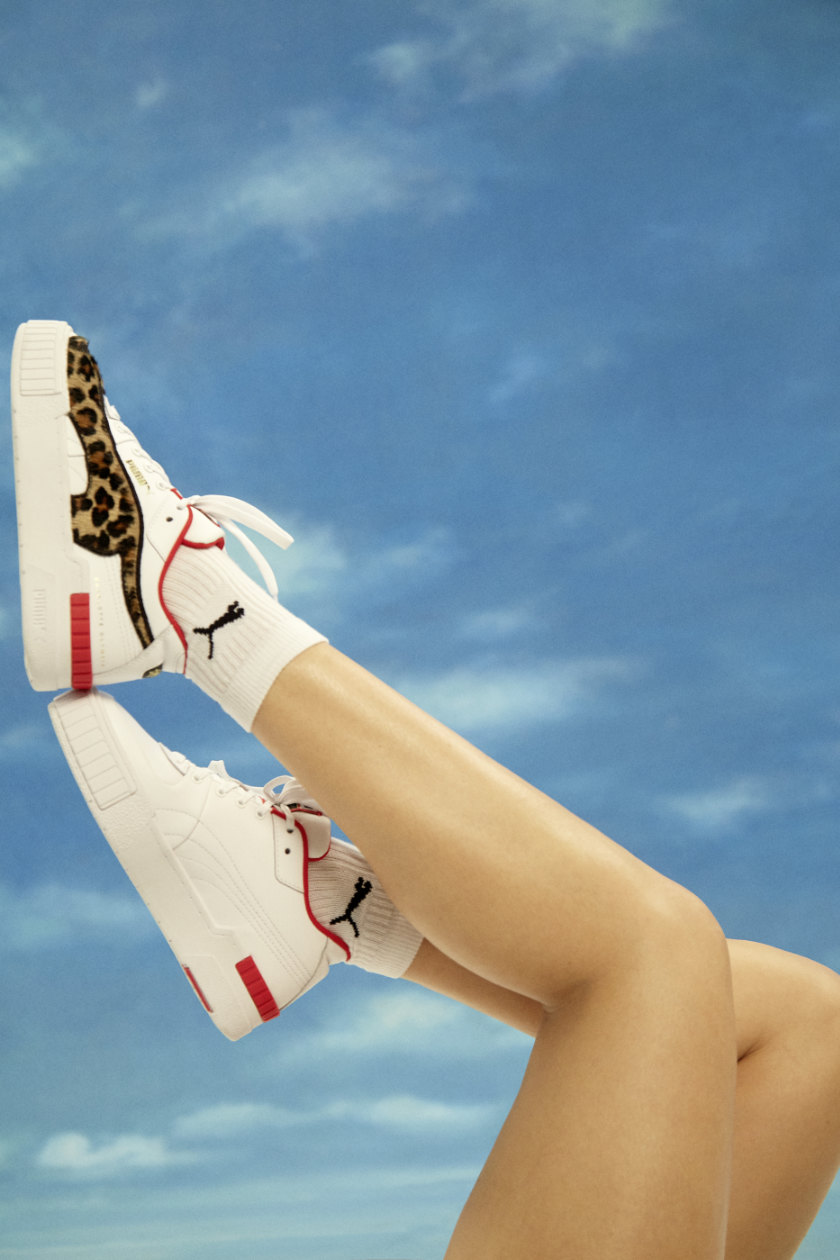 After getting full control of her label back, Charlotte Olympia has embarked on a collaboration with Puma, with its founder’s sister, model Alice Dellal, modelling the new line.
Charlotte Olympia Dellal had often taken her label into collaborations, including with MAC Cosmetics and Agent Provocateur. Dellal had hinted last month that she was collaborating with a sport brand.
The Puma × Charlotte Olympia collection merges boxing-inspired silhouettes with Hollywood glamour, featuring leopard prints, ‘Kitty’ embroidery, fringe accents, and the Charlotte Olympia spider’s web symbol.
Going beyond the Puma × Charlotte Olympia Cali Sport shoe (RRP NZ$180) are the TFS AOP track jacket (RRP NZ$190) and the AOP shorts (RRP NZ$100), all of which blend sports and glamour. There is also a reversible Bucket Hat (RRP NZ$55).
Puma, meanwhile, has been working with female designers recently, including Tabitha Simmons and Sophia Webster. Working with Charlotte Olympia is another step in the label’s attempt to court women as customers.
In New Zealand, the collection will be available from April 1 at nz.puma.com and at Karen Walker and Hype stores.