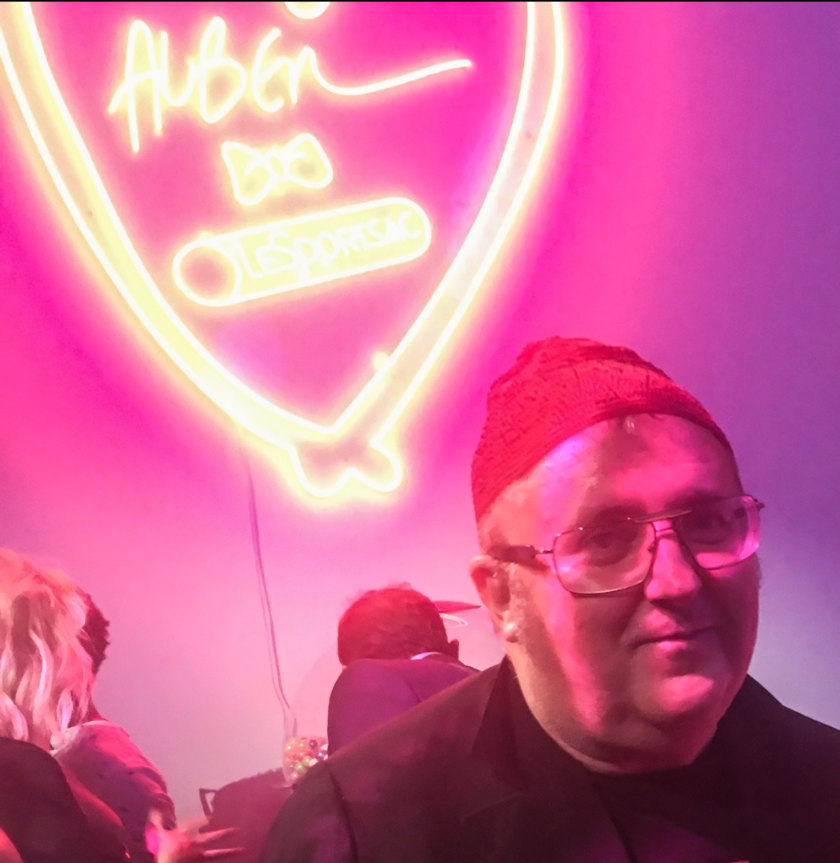 Moroccan-born French designer Alber Elbaz has died at age 59, according to Richemont, which partnered with him on his latest venture, AZ Factory. It is believed Elbaz died from COVID-19, which he had had for three weeks, and had been in an induced coma.
Elbaz was behind the rejuvenation of Lanvin and helmed the label’s artistic direction from 2001 to 2015.
Richemont founder and chairman Johann Rupert said in a statement, ‘It was with shock and enormous sadness that I heard of Alber’s sudden passing. Alber had a richly deserved reputation as one of the industry’s brightest and most beloved figures. I was always taken by his intelligence, sensitivity, generosity and unbridled creativity. He was a man of exceptional warmth and talent, and his singular vision, sense of beauty and empathy leave an indelible impression.
‘It was a great privilege watching Alber in his last endeavour as he worked to realize his dream of “smart fashion that cares”. His inclusive vision of fashion made women feel beautiful and comfortable by blending traditional craftsmanship with technology—highly innovative projects which sought to redefine the industry.’
Speaking with him in 2011, Elbaz displayed a sense of humour and a wonderful insight into his work at Lanvin.
‘For each woman there are ten different women … even in men there consists ten different men … and that is what this collection is about. It is not only about one person with one type of haircut with one look, but these are different occasions and different personalities. [The different designs represent] individuals and very personal [looks],’ he told Lucire’s Paris editor Lola Cristall.
On the menswear side, Elbaz explained the approach he took: ‘When we began at first, the image was of a man who was very specifically created being emotional and poetic, and then we advanced [creating] man as more linear, a little more edgy and a little cooler … Then we wanted to go back to our roots: the essentials of where we started. Finally, we realized that it is not one outfit for one man but it is clothing for different men … here we wanted to show the different façades of a man.’
Elbaz was born in Casablanca, and moved to Israel when he was 10. He studied fashion in Israel after his military service, and went to New York in 1985. There he worked for Geoffrey Beene, before moving to Paris and heading the design at Guy Laroche. Elbaz took over for Yves Saint Laurent at the appointment of Pierre Bergé at the end of the 1990s, until Gucci took over the label. He briefly worked for Krizia before joining Lanvin in 2001.
Despite bringing the brand back from irrelevance, he fell out with Lanvin’s owner Wang Shaw-Lan and CEO Michele Hubain in 2015 and was ousted from the label, which caused him great distress. After some smaller projects, Elbaz launched AZ Factory with Richemont last January.