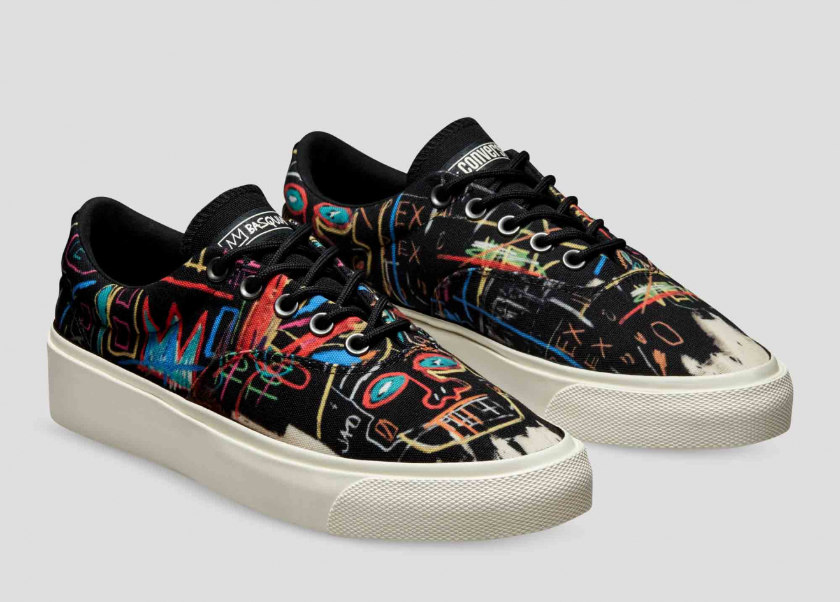 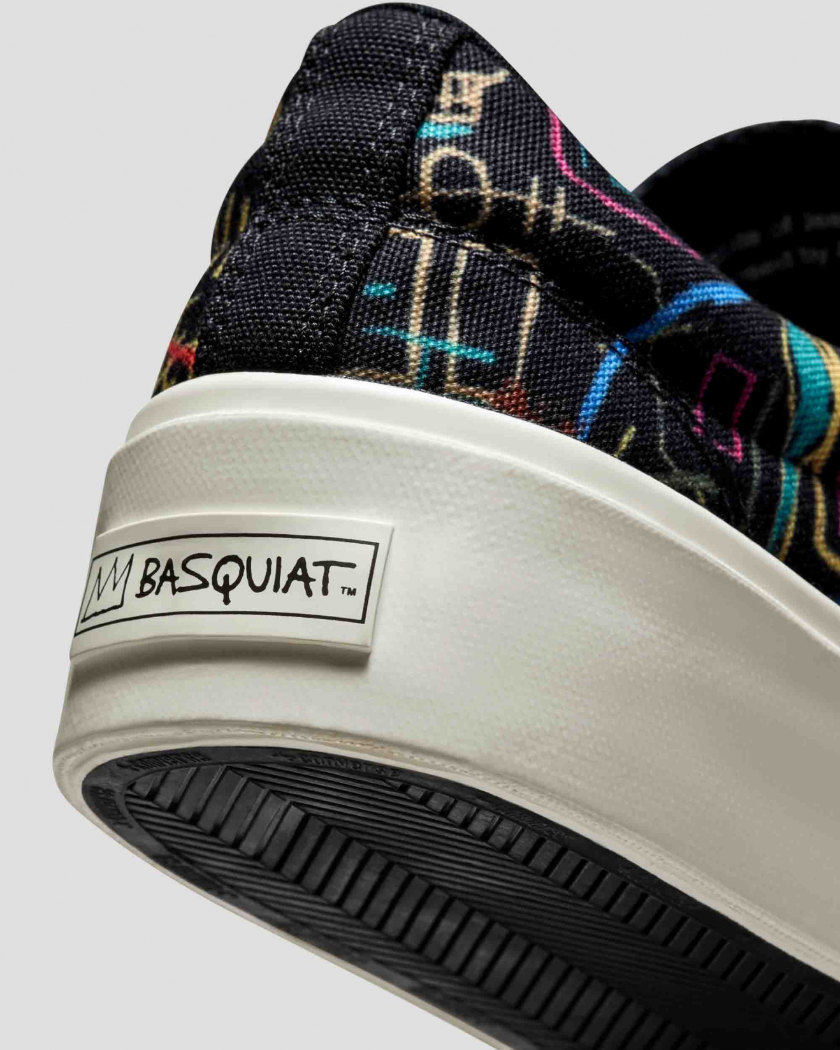 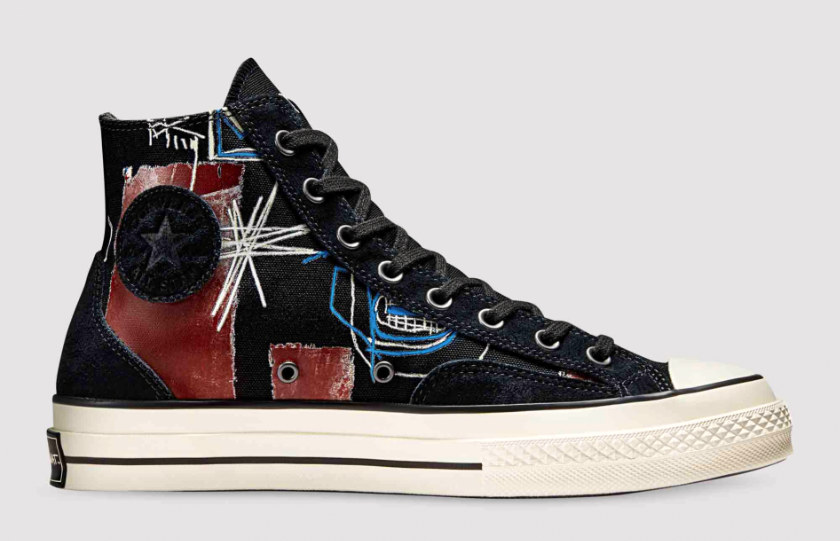 The late artist Jean-Michel Basquiat, a good friend of our travel editor Stanley Moss, continues to have an influence on modern popular culture, with Converse being the latest to adapt Basquiat’s works for a range, in collaboration with his estate.
Some of Basquiat’s most influential and vibrant post-graffiti works have been adapted to Converse footwear and apparel, including Kings of Egypt II, Kings of Egypt III, Pez Dispenser, and World Famous. Basquiat’s Untitled (1982), not used here, remains one of the most expensive paintings sold, fetching US$110·5 million in 2017.
The crown motif and Basquiat’s handwritten name also appear on the designs, although from what we can see, his Samo (a contraction of same old shit) signature doesn’t.
The collection is now on sale at converse.com.au.