Derek Elvy, the king of avant-garde

BEAUTY Looking back over our 20 years: in this 2008 article, Mava Moayyed talks to the celebrated avant-garde hairstylist, Derek Elvy of Buoy
Photographed by Emma Käthe Anderson
From issue 26 of Lucire

Mava Enoka (née Moayyed) was a writer for Lucire in the late 2000s. She went on to become an award-winning journalist for The Wireless.

The life of a writer is often defined by an inconsistency of work and wage. You can be travelling the world and living it up large one moment, and the next you’re wondering how long you can live off the sole can of baked beans in your cupboard. It is not the path to take if you anticipate having a hoard of children and a white picket fence in the near future. But there is a beauty in my chosen path that allows for a constant injection of brilliance into one’s life. As opportunities to write increase, so do the explorations of the greatnesses in others. The fashion industry houses a specific breed of brilliance that I am hard-pressed to find in other sects of society. The minds in this industry are often an amalgamation of artistic excellence, business savvy, and a streak of radiant ambition that rarely shies away from a challenge.

My interview with Derek Elvy, director of Buoy Hairdressing, revealed to me a new level of brilliance that I can see serving as a perpetual reminder of why we so often do things even when they prove difficult, be it writing or creating art. Derek Elvy is a man who has walked on the edge of the world and has survived to tell of its magnificence.

Just a month shy of his 50th birthday, Derek Elvy is one of New Zealand’s most nationally and internationally published hairdressers. The Wellington-born stylist operates under closed books with an A-list clientèle which, unusually, he achieved at the beginning of his career. He has become recognized and valued as a highly successful, commercial hairdresser but his artistic talents are seen best in his photographic work.

Elvy recently collaborated with Lucire in a four-month project to produce a collection of his most definitive work to date. ‘In each of those photographs is a personality, a deliberate personality. I love this collection so much that it probably goes seven steps to describing who I am and what it is that enchants and fascinates me.’

The collaboration marks the 20-year anniversary of Buoy Hairdressing and after talking with Derek about his survival in the industry, it is clear that this collection is a reflection of the fruits of an artistic license that Elvy has earned through this array of bar-raising work. I dare go as far as to say that the photographs are a visual exploration of this mind and a glimpse into his aspirations for his future. Or maybe that’s just wanky artist talk?

Sitting opposite to Derek in his salon, sipping on a glass of lemon water, I was assured that my wanky artist thoughts were justified. Elvy marks the point of a good photo by its ability to reflect the creator behind it. ‘When I look at pictures, the ones that work for me are the ones that I can feel or have some sense of the people that created it. They’re the pictures that become classics—they become the icon of an era. You can actually feel the person that was behind that picture, that’s very powerful. If I can go some way in doing that, then I’ve done well.’

Elvy’s most recent collection of photographs shows not only seven shades of him but also proves a kind of timeless modernism that features consistently in his work. ‘I tend to stay away from high-colour photography because it ages. I actually create these images because I want time capsules. I want to be able to look at these things in 10 years and think, “My God!”’

This particular project however runs deeper for Elvy. Bordering on 50 and celebrating 20 successful years of building and developing a brand, (quite an achievement in such a difficult environment), he could not overstate how grateful he was to the people around him—be it his clients, friends or colleagues. ‘The point of doing this really is not about getting photographs published, it’s actually about thanking, and I can’t thank enough, all of the people who have been part of this journey. The photographs are just a badge of respect to those people. I am incredibly indebted to them.’

My exploration of Derek’s brilliance continued as he sat cross-legged, dressed in bejewelled denim, a well fitted blue blazer and if I’m not mistaken, a silk Hugo Boss scarf draped loosely around his neck. He spoke eloquently as he described his journey up to this point with a strong inclusion of ‘survival’ in his narrative. ‘The goal was to survive and the goal also was to record as much of this experience as I possibly could.’

Elvy described his childhood as a normal, Catholic upbringing where he learnt the value of hard work through his parents’ example. The descriptions of his later years were more dubious and it was clear that his continuing journey today was neither guaranteed nor easy. ‘I am very, very grateful to still be here … I have been to the last room. I have lived through Aids [and] a whole drug culture of the ’80s. I’m so grateful that I’ve had this opportunity to share my experience with a fairly constant group of friends. I mean I cut commercial hair but it’s clearly more than that.’

Elvy’s challenges of survival in a personal and a business context are now reflected in the creative excellence of his work but ‘walking on the edge of the world’ on the path to security and earning an artistic licence is imperative, according to Derek Elvy.

Prior to my interview with Derek, I had read snippets of his ‘room’ philosophy in other articles. He gave me the full run of his ideas during our discussions. He described a process of exploration that bred creativity and that he believes, is fundamental in the practice of producing honest works of art. ‘It’s a process that I don’t do any more. I’m a bit old for that now but life is a series of rooms and you have the opportunity in enough of your life to go to the last room. The last room is the most extreme place that you can put yourself where you have the most challenge, the most questions, the most fascination, the most brilliance, and the most grief.’ Elvy explained that in this last room, we’re faced with the fact we’re in it and with the fact that we have to get out fast. ‘You have this ability to push yourself, to challenge yourself, walk on the edge of the world and see what it feels and then get out of there and make it safe and manageable.’ An honest statement in art according to Derek is a product of visiting the last room; visiting the true essence of what we are and turning it into a canvas.

The future direction of Buoy Hairdressing will be defined by Derek’s continued efforts to push the envelope of the industry and foster artistic integrity and originality within the upcoming generations under his wing. ‘I remember reading an article a while back written by David Bowie and it was a criticism of the music industry and the story was [on the] death of original music because everything is so formulaic and process-driven … I think through this I want to hold on to the idea that you can still create bespoke adventure. You can still have adventure in your life that is about you.’

His focus now is on the brand and on creating a safe, intelligent, consensual environment where his workers can elect choices, possibly influenced by standards which have been historically set, but also create contemporary modes of behaviour which are right for the time so to create their own judgement calls. And so far, the efficacy of the Buoy team is highlighted by their copious successes in the field. The talent laden in the Buoy team secures the success of the brand for years to come.

I can safely say there are no baked beans in Derek Elvy’s cupboards. He is a reinforcing example of the value of hard work which inspires nothing less than brilliance in the people lucky enough to surround him. • 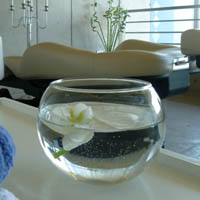 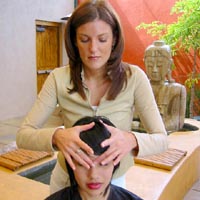 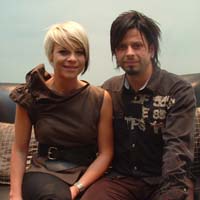