The Crimson Garter is available at Amazon.com and at Kobobooks.

Capt Blackpool has made it to Scotland, incognito. Sir Robert Marsh has received a newspaper clipping about Balthazar’s nude painting of his wife, which Misha has exhibited in Paris without the artist’s permission. Sir Humphrey Pinckney has spotted Lady Marsh, who has received a letter from Bernadette informing her of a ball to which Balthazar may have been invited. Balthazar, as Count Kozlowski, has entered into his loveless marriage in Prague. So begins chapter four of The Crimson Garter, by travel editor Stanley Moss, writing pseudonymously as Lovejoy

In a broad, emerald field adjacent to the palace of the Crown Prince Dragobek II, a great exposition was under way. Heraldic flags on high poles had been placed around an area marked with ribbon and at the perimeter were arrayed a number of white tented pavilions, each with one side open to the exhibition ground. The largest and grandest pavilion belonged to the Crown Prince himself. At a deferential distance the ornate tents occupied by other nobles had been placed, including one belonging to the Count and Countess Kozlowski. Earlier in the day liveried servants had arrived bearing an assortment of rugs, fine chairs, tables, silver, linens, baskets of food and cases of wine. In their own pavilion the Count and Countess, seated side by side and surrounded by opulence, reviewed the midday events. For the Count the morning had been an ordeal, since his wife had compelled him to visit what felt like an endless number of paddocks in the company of her friends. He had grown impatient at the pomposity of their behaviour and at having to endure persistent natter about numerous steed of varying descriptions. However, as the time passed and he studied the horses he lost track of his companions and fondly recollected the days of his youth when he happily rode his own favourite horse, Balthazar, through the countryside outside of Prague. As he ruminated in the pavilion, he impulsively reached for his ever-present notebook and inkpot and began to happily sketch the horses and riders as they paraded by. It soon became for him a most pleasurable occupation, but he was not to be left uninterrupted for long in its innocent pursuit. The Countess planned to receive a succession of nobles and friends, who then insisted on hovering and chattering mindlessly as the Count attempted to draw. At each new arrival the Countess opened a new bottle of wine, and the Count was honour-bound to stand, bow, and shake or kiss the hands of far too many people about whom he cared little and thought less, as the guests grew drunker. The conversation was inane, interminable, and he longed to return to the solitude and satisfaction of his notebook.

Suddenly, a footman appeared, sent ahead to inform the assembled company that Prince Dragobek would be making a visit to pay his compliments to the bride and groom. A commotion arose in the pavilion, as everyone jockeyed for position, to receive the Prince, and still leave a polite opening where he might make a dignified entrance, as befitted a person of his station. The reappearance of the Prince triggered recollections for the Count, which took him back to the same event, in the time before his sojourn in Paris, the last years he had spent as a youth in Prague.

Years ago the houses of Dragobek and Kozlowski were closely knit through ties of blood and friendship. In fact, the young Prince Dragobek and the young Count Kozlowski shared tutors and riding instructors. Because of their difference in temperament they did not become close. The Prince was occupied with his princely studies, and young Kozlowski was more concerned with the operation of his family’s estate. He also was a bit of a dreamer. But ultimately the boys remained distant since between their families they were always compared. A kind of involuntary rivalry was foisted upon them which Kozlowski found especially distasteful. Riding had been a pleasure during his youth, but as he grew older he became a tool of other people’s expectations. He excelled as a rider, and he fell under constant pressure to join in all manner of competition. Though he continued to win prizes and renown, the accolades meant little to him. He much preferred the freedom of a leisurely ride through a deserted field on a sunny afternoon, rather than the ceremonies and ribbons of the arena. He found himself too often in the position of being regarded as a challenger to the Prince, a role he did not relish. And the Prince grew more alienated from him as Kozlowski’s skill surpassed that of all competitors. It came to a head at a race sponsored by the Crown Prince when the young Prince and young Kozlowski were in their nineteenth year.

Ten years earlier all eyes of the community had been focused on the riders competing in the great steeplechase, which traditionally concluded the Grand Equestrian Exposition Dragobeky. Everyone knew of the competition and everyone knew that the most heavily favored contestants were the Viscount Laszlo Kozlowski and the young Prince Dragobek. The pride of the Kozlowski clan was a silver Arabian by the name of Balthazar, whom the young Count had trained from a colt, and with whom a keen communication and deep intuition had developed. Dragobek would ride the finest horse from his family’s stables.

The race began on a happy note, with many cheers and the sound of horns and pennants being waved. Kozlowski found that his Balthazar was unusually skittish, and seemed to be much more animated than normal. This was a horse who loved the race, and always demonstrated a marvellous concentration on the task at hand. The young Count instantly detected a pronounced difference in Balthazar’s manner. As the horses rounded the first turn of the course Balthazar began to shake his head from side to side. The young Prince Dragobek easily drew ahead and took a long lead. As they rounded the second turn Kozlowski hunkered down in the saddle, attempting to gain more contact with the horse, when the horse suddenly shifted his gait, bucked and threw the Count to the ground. A gasp and moan rose up from the spectators as the crowd in the pavilion feared for the worst. Without looking back the young Prince continued through to the finish line, easily winning the race well ahead of all competitors. At the same moment the horse Balthazar slowed his gallop, tenderly walked back and stood over the motionless body of his master and whinnied. By this time assorted grooms on horseback had raced across the field and surrounded the young Count, who was slowly rising to his feet, still in shock from the fall he had taken. Ever considerate of his steed he walked to the horse, and then steadying himself by leaning on the horse’s neck, gently unbuckled the saddle. He put his hand under the saddle while the horse trembled. As his hand slid under he was startled to find a sharp burr embedded in the horse’s back. When he removed his hand there was blood on his fingertips. An aged groom, named Andrez, and who had worked for the Prince his entire life, looked with concern at what the young man had found, and immediately assisted with the removal of the saddle. Kozlowski told no one about his discovery, and was assisted back to his family’s pavilion, where he fell into a deep sleep.

The next day he was summoned to the Dragobek palace where the Crown Prince, with great concern, had convened a hearing. The aged groom had called the burr to the Crown Prince’s attention, hence the possibility of foul play could not be ignored. The solemnity of the proceedings did not escape Laszlo Kozlowski. The Crown Prince addressed the assembled nobles in measured tones.

‘It is a serious thing,’ he said, ‘When the safety of a rider is compromised. It is a special concern to us given the circumstances of a race where honourable competition is the rule, and the mystery surrounding this accident must be dealt with. I will call a number of parties involved who were witness to the accident, and myself interrogate them. And we will get to the bottom of this matter. Should foul play be discovered, the culprit will suffer. I will not tolerate behaviour, which compromises the safety of riders, is cruel to the animal, and brings dishonour to our family and our house. I will first call Laszlo Kozlowski, son of my esteemed friend Leopold, Count Kozlowski.’

Laszlo walked to a carved chair, which sat in the centre of the room. He swore on the honour of his family to speak only the truth to the Crown Prince, who then began his interrogation.

‘Viscount,’ he commanded. ‘It was you who found the burr under the saddle of the horse Balthazar, was it not?’

‘And who saddled your horse?’

‘Then you know of nobody else who handled the horse Balthazar before the race?’

‘I do not, your Grace,’ said Kozlowski. ‘For it was my own saddle, and my own hand that placed the saddle on the horse’s back.’

‘Did you leave your horse alone for any time before the race?’ the Prince asked.

‘After I had saddled him, I left him alone so that I could put on my riding colours. But then I returned to him before the race, led him to the starting line and no one else handled him, to my knowledge.’ Here young Kozlowski began to think very intently on the events leading up to the race. But the Crown Prince misread his expression.

‘Young man,’ the Crown Prince continued. ‘We understand the delicacy of an accident like this in your mind because of the unfortunate death of your brother in such a race ten years ago. And we understand how close you were to your brother, and for this reason as well we are intent on finding the truth of the situation. I have no more questions for you. I will now call the groom Andrez, who was in charge of all horses assembled for the steeplechase.’

The elderly groom Andrez had spent his life in the stables, and the formal hall into which he had been asked was intimidating to him. Though he could speak directly to the Prince about matters pertaining to livery, he was not well-versed in the manner of court. He appeared to be awkward and embarrassed as he approached the chair. But after he had sworn his oath and sat in the chair and as the interrogation by the elder Dragobek began, his voice became clear and his answers were forthright. 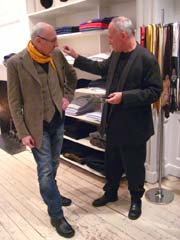 John Pearse: for a lifetime
Stanley Moss finds the ideal fabric—but it’s up to John Pearse of London to shape it into a bespoke jacket 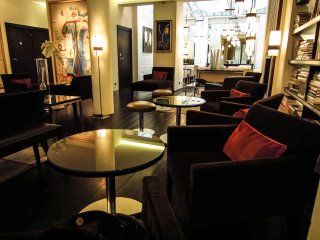 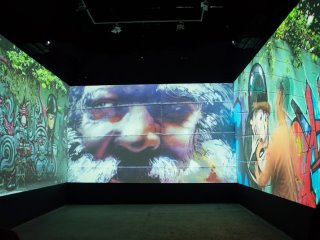