Elyse Glickman checks out the Airweave bedding topper, designed—and even proven—to give a better night’s sleep

Top A six-inch square sample of the Airweave material. Above The material proves highly resilient for bedding.

At the Beverly Hilton Hotel, halfway around the world from Sochi, Russia and the 2014 Winter Olympic Games, Motokuni Takaoka, CEO and founder of the Airweave bedding topper and a representative from the US Olympic Committee (USOC) announced the formation of a winning team. Leading the charge for the Airweave revolution on US soil was spokesperson, top-ranked US golfer Paula Creamer, who took a swing telling her story about how a chance meeting with Takaoka after a car accident led to a speedy recovery and a success at the golf tournament in Singapore she was en route to when the accident took place.

Creamer noted, ‘We all need a good night’s sleep, and we as athletes fuel our bodies with the best. As I see it, Airweave is part of my equipment in what I do.’

Other US spokes-Olympians include ice dance contenders Meryl Davis and Charlie White and figure skater Gracie Gold. In Europe, the toppers are providing additional backbone for the young performers at Paris Opera Ballet School. Those who fly JAL’s business and first-class cabins on transcontinental flights can also experience the miraculous benefits of a full night’s sleep with Airweave. However, once you’ve tried the product at home, it becomes clear that innovative reinvention of resin fishing lines could be one of the first important health and wellness breakthroughs of the 21st century.

On a lighter note, given the rumours swirling around the accommodations in Sochi, it’s probably a good thing our athletes and contenders from Japan, Switzerland, France, Germany and Australia have the portable Airweave toppers in tow!

While Airweave, launched in Japan in 2007, is an institution in its native Japan, it arrived on the US market on January 8, sold to the lower 48 contiguous US states via its website www.airweave.com. The topper itself, offered in Twin, Twin XL, Full, Full XL, Queen, and King sizes, is perhaps a bigger investment than the mattress it may be topping. Prices start at $710 for a Twin and go up to $1,180 for a King. However, for many needing extra support, the benefits and technology justify the price.

The idea to repurpose the resin intended for fishing nets and lines in this unlikely way came from Takaoka, after taking over his uncle’s struggling company. He realized the resilience of the material and its easy maintenance were ideal for the creation of something new. After the company began production of the Airweave toppers in 2007, Takaoka was able to reverse the fortunes of the business and transform it in to an international phenomenon embraced by the general public and the scientific community, who have supported tests that prove its breathability and structure improve the way we sleep. •

Top Motokuni Takaoka, CEO and founder of the Airweave bedding topper and a representative from the US Olympic Committee (USOC). Above left Top-ranked US golfer Paula Creamer. Above right The Airweave material is breathable for stable sleeping. 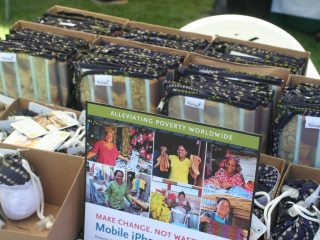 New and old kids on the block
US west coast editor Elyse Glickman reports that the Secret Room and the Rock ’n’ Rolla Movie Awards’ Eco Party, celebrating the MTV Movie Awards’ hosts and nominees, are more about quality of life than quantity of bling 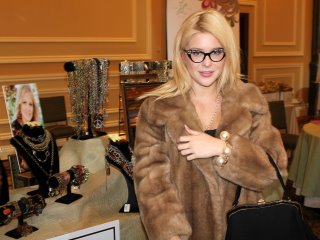 That red-carpet feeling
At 2013’s pre-Oscar lounges, Elyse Glickman reports that the fashion, lifestyle and travel trends represented are as interesting, innovative and engaging as this year’s nominated films and performers
photographed by Travis Jourdain, Manuel Carrillo, Carell Augustus and the author 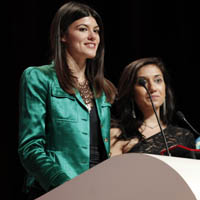