Cynics decry it, calling it a niche too far, but Jack Yan makes the case for the BMW X4 Xdrive35d, as he puts it through a series of tasks in our road test
photographed by Stuart Cowley

The X factor The torquey X4 does everything asked of it

Get quick facts on the BMW X4 at Autocade.

Those who decry the BMW X6, calling it pointless, have either never driven it, or have never seen the positive reaction of people to it when they find out one is in your charge. It is a car that certain motoring “experts” claim to dislike, yet others quietly admire. It is a machine that pulls, regardless of whether your object is a boy or a girl. For some reason, the imposing, Tonka-toy-like, big-wheeled, wide-track styling of the X6 elicits admiration. This may go against what we usually promote in Lucire, but when it comes to the X6: size matters.

Or should it? Fuel prices might be falling at the time of writing, but there is a case to be made for something that has the X6’s extreme looks, but in a smaller package. BMW has all this research on urbanization, and the smaller spaces we have to work with, and having set the template with the X6—which, incidentally, has sold in the hundreds of thousands—it has got to work on its little brother. China, for example, where a good many cars are sold, has little room for full-size models, unless you are the chairman of the Communist Party in the national day celebrations, and its big growth segment has been compact SUVs. BMW also knows that you should set your style with a big model, so people associate it with luxury, then introduce downmarket variants that take its styling cues, something it began doing with the E32 7-series in the 1980s. That way, the smaller car gets the halo effect of the larger one. You also know the X6 has been a success because Mercedes-Benz has just launched a rival to it, the GLE Coupé.

In steps the X4. On the outside, at first glance, it is exactly what you expect. It is a smaller, more compact form of X6. It has those styling features that tell you its off-road intent: the honeycomb details in the bumper, the off-road tyres, the subtle roof racks. However, it is also more svelte than the X6, with the wheels not being as large, even on the Xdrive35d model, with the M Sport pack as standard, that we had on test. Now we are more used to the idea of a fastback SUV, perhaps BMW’s stylists’ thinking is that the X4 need not be as extreme.

In a way that’s a shame. The ride height is good enough for some gentle off-roading, but you can feel the wheels spin on even wet grass, trying to get traction. We realize that the X4 is not meant to handle the rough stuff—it is, like its big brother, an urban poser—but the X6 was quite happy, with its 19-inchers, to be pointed at a bit of gravel, provided the gradients weren’t too severe. But the point of the big wheels was to pose, and the X4 almost seems a little gentle. Without those protruding, chunky wheels, it borders on the rational, and coupés—it is the sexy version of the X3—should not be rational. Style it has, in spades, but not quite the pulling (and the pun here is intended) power: its proponents liked its nonconformist looks.

This may be intentional. Make the X4 too similar and it would cannibalize sales of the larger model. Therefore, we are left with a very stylish fastback SUV which doesn’t pull like the X6 does. So what does it do?

The interior of the X4 is one of the company’s best. The LCD screen is better integrated into the dashboard, rather than being perched on top. BMW’s designers have gone for a more horizontal emphasis, with the high-res, widescreen display emphasizing a sense of width. The professional navigation system is standard, which meant sharp graphics of Wellington City’s central-district buildings in translucent three dimensions, or the option of displaying a more traditional, flat map (the transition between modes is fun for geeks to marvel at). There is BMW’s Surround View, which draws a bird’s-eye image of the car and its surroundings. using its cameras, to aid parking. It’s a must considering the rear window is tiny, as it is on the X6, and the technology works perfectly.

The cabin is more driver-focused than, say, the X5, which has a single line that connects the driver’s side with the passenger’s. As with all BMWs, finding a comfortable seating position isn’t hard, and you quickly settle in to the X4. The M Sport leather steering wheel appears thick at first glance but is a joy to use—perfect for those of us who drive with the 9–3 position and, as we found, particularly responsive. With Servotronic, it’s well weighted and adjusted for speed (you do not need to turn the wheel as much for parking manœuvres, for instance), but what is great is just how well it adjusts to one’s pace.

You are high up, but not ridiculously so. As mentioned before in Lucire, the ideal SUV positions its seat roughly where your bottom is: you neither climb up nor climb down into it. The X4’s seat is at that perfect position.

Behind the wheel, the X4 is composed and uncompromised. The X4 goes around corners beautifully, the steering is direct, and the taut suspension keeps the car balanced despite the higher centre of gravity compared with one of BMW’s saloons. The twin-turbocharged three-litre six, developing 230 kW (313 hp), has plenty of torque at hand—BMW says 630 Nm at 1,500–2,500 rpm—allowing the X4 Xdrive35d to soak up the kilometres comfortably and capably. Put your foot down and the torque is instant: the urgency of the delivery is there from that first moment.

We noticed no issues with refinement: the X4’s cabin is well insulated and the engine tone sounds like a petrol model’s.

So is it a sports car? Absolutely, in that the X4 begs to be taken around corners and could outshine certain manufacturers’ sport models. It is happier on the Tarmac, where the 18-inch wheels are happiest.

Of course, that would make it very simple. If the X4 is merely a high-up sports car that doesn’t pull as well as the X6, then the cynics are right about it fulfilling a purpose of an everyday sports liftback. But they still aren’t.

During our test, the X4 found itself chauffeuring celebrities, and we found ourselves having to put the X4 through its paces as a load-hauler, a task which BMW never mentions. If you wanted to shift stuff, they offer X3s and X5s for that role—or perhaps you could hire a van if you were deadly serious. But the X4 acquitted itself with both these tasks.

The sloping rear was not as bad as it might appear when folk singer Åsa Jinder and her husband Jonas Otter, a musician in his own right, were ferried with their luggage as this writer used the X4 as VIP transport. The sound system played Jinder’s own tunes clearly. As a load-lugger for the Sweden–New Zealand 50th anniversary celebrations, the X4 managed to shift at least one stand’s goods with the rear seats folded down. It was surprisingly commodious, and on this note it was a surprise.

As a side note, we should mention that throughout this test and its varied tasks, we still managed 36·2 mpg (Imperial), or 7·8 l/100 km, thanks in part to its very smooth eight-speed automatic gearbox. BMW’s Eco Pro mode netted us an extra 18·7 km: the extra distance we gained compared with leaving the X4 in its regular “comfort” setting.

So has BMW managed to create something that fills every niche? Cynics have often argued that the X6—and by extension the X4—are a niche too far, but we really found it to provide the best of all worlds. While some crossovers are inherently compromised because they cannot decide what they are, and fail to do any of their assigned tasks well, the X4 truly puts the S into SUV. In an era where people are still flocking to SUVs, it offers something special. Vehicles that are style statements are never everyday in their execution: they take an æsthetic that we are used to, and provide a twist on them. The X4 does just that.

When sporty liftbacks first came out, their manufacturers all told us how versatile they were: saloon car comfort with the versatility of an estate and the sleek fastback looks of a coupé. We accepted that argument—New Zealand buyers loved the original Toyota Corona liftback, and the Saab Combi Coupé shape became the one that people associated with that brand for decades. Now they are part of the landscape, so they don’t offer anything distinctive any more. Cynics might balk at the X6, X4 and the GLE Coupé. But all they do is repeat the original liftback formula, in the SUV world. They are the style statements of the 2010s.

And that is what the X4 is all about. At a practical level, it is a a sporty, all-wheel-drive fastback that is far more adaptable than initial appearances indicate. At an impractical level, it is the style statement of our times—exactly the sort of vehicle you would expect to find in a fashion magazine. • 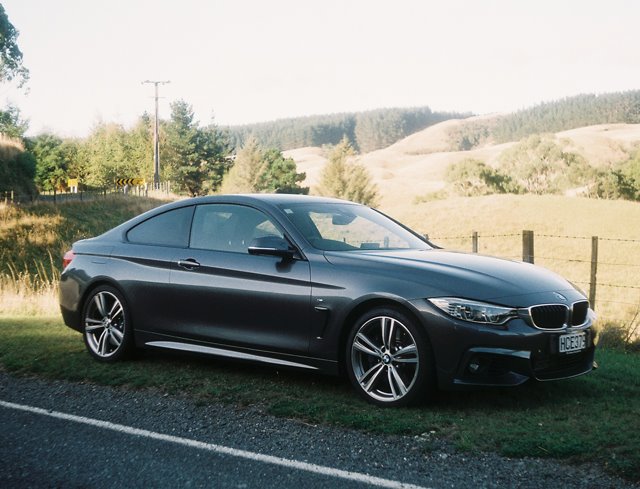 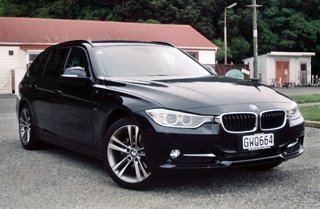 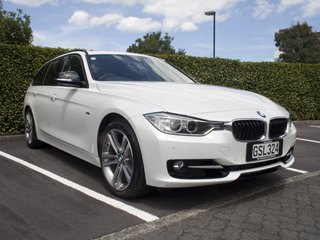