Jack Yan tests the BMW X5 Xdrive25d. It might be nearly 40 PS down on the previous, more expensive X5 he tested, but he finds there’s more than a valid case for it
photographed by Stuart Cowley; Castle Pt photos by Yvonne Tucker and the author

Activity, not Utility BMW calls its X5 an SAV, not an SUV: there’s not much that’s utilitarian with these equipment levels

Our road test of the BMW X5 Xdrive40d (in Lucire issue 33) was one of the most entertaining in this magazine: a trip around New Zealand’s North Island, Te Ika a Maui, showing just how effortlessly the big SUV ate up the kilometres. We threw what we could at the vehicle without voiding any agreements we have with press cars: overtaking manœuvres; hilly, windy ascents as we headed into Napier; and a spot of off-roading in the Waikato. It was a commodious SUV, equipped with the third row of seats, and, with them folded down, I transported the remnants of a friend’s flat in the back to her parents’ home in the Bay of Plenty. I hardly noticed the weight in the back.

But what if you didn’t need the 258 PS (190 kW) from the Xdrive30d’s TwinPower turbo, three-litre engine? The base X5 in New Zealand, the Xdrive25d, makes do with four cylinders, but, thanks to turbocharging, puts out an admirable 218 PS (160 kW). That is around 40 horsepower down, on a car that weighs just a shade under 2,200 kg. The reality, in an age of fuel-saving—especially as prices creep north again—is that the drop in power output doesn’t compromise the X5 in most circumstances.

The road test that we had planned for the base (for New Zealand; Europe has a rear-wheel-drive Sdrive25d) X5 wasn’t as much of a trek as the one we had subjected the earlier model to. Its main mission was to Castle Pt in the Wairarapa, as well as the usual urban driving that the majority of Lucire road tests comprise. Heading on a sunny day and with three passengers, the X5 was a more than effective family vehicle—that much we already knew from its more powerful variant—and in city traffic, there’s very little between the pair. No one is in that much of a rush to get to 50 km/h, and with the eight-speed automatic mated to the four-cylinder diesel, and stop–start as standard, the SUV proved more frugal.

All the usual mod cons were present: Bluetooth, the three-dimensional Professional sat-nav on the large, high-resolution 10¼-inch centre display with satellite images and a 20 Gbyte hard drive for media storage, and the easy-to-operate Idrive system. On a hot day, the air conditioning was particularly welcome. The only standard item missing compared with the more expensive model was the head-up display, but the sat-nav was clear enough to guide us to our Wairarapa destination.

Stylistically, the smaller wheels—18-inch versus the Xdrive30d’s 19-inch—give the Xdrive25d a less aggressive stance, but it actually comes across as a more pleasant vehicle. Without the M Sport package, the Xdrive25d’s look is one of “efficiency”. But why do wheels have to be so huge anyway? This has been something driven more by designers raised in the age of Hot Wheels and Matchbox Superfast, especially when you consider that the Lamborghini Miura—the forerunner of the modern supercar—ran 15-inchers. Big wheels give a chunky look, and goodness knows we love them when they are on a BMW X6, but maybe they aren’t always that needed. Attempting to accommodate these appendages, designers have had to compromise on interior room, and the white finish on our test car stood out so well, that you never felt the vehicle was undertyred.

This is an SUV in the modern sense: comfortable, with unitary construction, and tall—but it’s not made for the rough stuff like a Jeep Wrangler or a Land Rover Defender might be. BMW calls it an SAV—the A stands for Activity, rather than the U of Utility, to emphasize the difference, and that there’s nothing utilitarian with this level of standard kit. Light duty on a beach is fine, we took it on to metal and grass, and it might cope with some slightly rougher stuff, but, conceivably, that’s all the average buyer will throw at it anyway. It never gave any cause for concern, and 18-inchers are more than enough to get you through these occasional forays off the Tarmac.

Being nearly 40 horses down didn’t disadvantage us greatly, either. The X5 begged to be thrown about, and handled as well as its more powerful sibling. The steering is very responsive, and the car behaved as a smaller, sporting BMW would; it coped extremely well despite the high centre of gravity. While we had dry weather for the test, the wheels never left us wanting for grip.

When overtaking, there is no lag in the Xdrive25d’s power delivery, reaching the legal limit easily. It’s in those rare cases where exceeding the limit is needed to get yourself out of a tricky spot that we might prefer the six, because it has power on tap at those higher speeds; but those situations do not creep up on the overwhelming majority of journeys. A skilful driver would adjust for the power output quickly, anyway.

Our road test saw the X5 deliver 35·1 mpg—the Xdrive30d gave us 35·8 mpg in very different circumstances on a much longer test that spanned most of the North Island. With BMW’s Eco Pro mode, we managed to coax an extra 20·1 km from the sizeable 85-litre tank compared to its standard mode—despite indulging in Sport mode regularly on the windy roads between Castle Pt and Masterton.

It is, therefore, an all-rounder, but just why would one choose the Xdrive25d over the earlier model we tested?

Every time I turned around to check out the car—despite having lived with the more expensive Xdrive30d in 2014, I still did this—I admired its stance. It’s not as in-your-face, but it is the SUV for someone in polite society. It’s the SUV you get when you don’t want to signal that you have pretensions to go on to the rough stuff—and, after all, so few owners take theirs off-road. This has an endearing truthfulness about it: no extra cladding, none of the false promises that come with, say, some of the front-wheel-drive SUVs that are so beloved of the Chinese domestic market. And you pay NZ$112,500 as opposed to NZ$130,500 for the Xdrive30d.

The X5 Xdrive25d consequently sits very well with us: as a style proposition, such honesty can be very appealing. • 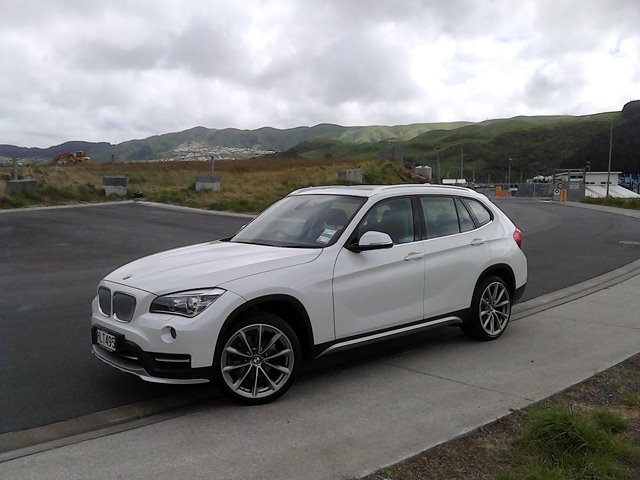 X and the city
Does an SUV without four-wheel drive make sense? Jack Yan looks at the BMW X1 Sdrive18d, and concludes that the German company understands us better than we would care to admit
photographed by the author 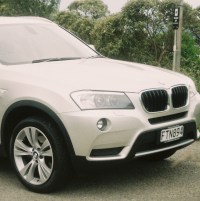 
If you must have an SUV, few come better balanced than the BMW X3 Xdrive20d, says Jack Yan
photographed by the author