While San Francisco is one of America’s great food cities, there are many more discoveries awaiting adventurous eaters in Silicon Valley and the highways that lead to the Bay, report Leyla Messian and Elyse Glickman
photographed by Elyse Glickman

Leyla Messian is a writer for Lucire. Elyse Glickman is US west coast editor of Lucire.

The Curry Leaf, our new favourite, serves Indian and Pakistani dishes that pack a punch of spice and pungent flavour, including biryani (a rich mound of rice, vegetables and meat falling of the bone). Although most of the offerings run on the spicy side, there are carafes of warm and sweet masala chai to quench the fire. Both vegetarians and carnivores will enjoy the vegan “meat” served at Lucky Creation and Loving Hut in Chinatown. Lucky Creation specializes in Cantonese dishes prepared from “duck”, “chicken,” and “barbecue pork” that actually look and taste like the real thing, but are made from grains and mushrooms. Loving Hut’s menu is lighter and less oily, and most of the dishes reflect the subtle flavours of the Vietnamese palate.

Above: Food from the Curry Leaf and Lucky Creation.

Instead of taking the same, multi-lane freeways with their mind-numbing view of big box stores and office buildings, we follow Highway 1 from San Francisco through the beach towns of Pacifica and Half Moon Bay. Drivers will need a strong stomach and sharp eyes to navigate the hairpin turns of the narrow highway that cuts through rugged cliffs that plunge steeply into the Pacific Ocean. The spectacular view of rocky shores, twisted evergreens and isolated beaches is well worth the longer drive. Plenty of coffee shops, tasting rooms, quirky thrift stores and one or two exotic import boutiques reward travellers who take the time to explore Half Moon Bay. Mandala Treasures showcases a variety of silver and semi-precious jewellery made locally and in Nepal. The shelves are lined with colourful shawls and woollen handbags crafted from thick felt handmade in the Himalayas. Much of Half Moon Bay and the surrounding coastline has not changed over the past 50 years. Fortunately, there are more trees and boulders than beach homes, so the sight and sound of the Pacific Ocean is available for all to enjoy.

A small stretch of the old highway still connects Half Moon Bay to the freeways of the peninsula. The distressed wooden bungalows and barns, nestled among huge nurseries and a few Christmas tree farms, hark back to an older, rural California. Thirty minutes and a century later, Silicon Valley takes over. Redwood City’s Sofitel San Francisco Bay is rumoured to be the newest “clubhouse” for the tech industry’s movers and shakers. A spacious open-floor plan encompasses the lobby, bar, and restaurants, and absolutely nothing shields the visitor from the view of the bay and its sparkling new buildings. Bay 223, with its dark blue leather booths and walls accented with mosaics, has a distinct mid-century feel. Was that the ghost of Steve Jobs sipping a martini with Sinatra and a mermaid? Or perhaps my eyes have been fooled by one cocktail too many. A Backyard blackberry margarita, an Angel Fresh with pear and a chocolate cherry soufletini for dessert … who can say no? Chef Alejandro Abad prepares healthy and innovative California cuisine, made extraordinary by his judicious use of Spanish and North African flavours. Harissa-crusted Atlantic salmon packs a subtle kick, and a simple cod filet becomes special when topped with an herb-infused olive tapenade.

Above: Sofitel San Francisco Bay’s fish and cocktails, and the lobby.

Above: The Rangoon Ruby.

Suburban Belmont and San Mateo aren’t much to look at, unless one is in the market to buy a two-million-dollar cliffside home. However, there are dozens of little Asian eateries squeezed between the coffee shops and chain restaurants. Rangoon Ruby has introduced the suburbs to a toned down, yet tasty version of Burmese cuisine. Similar to Thai food with a nod to the flavours of India, Burmese curries can be made vegan and as spicy as one desires. A salad made from fermented tea leaves, crispy fried onions, crushed peanuts, and crunchy toasted lentils can be served either with lettuce or the more authentic shredded cabbage.
Diners craving more Cantonese seafood and dim sum will enjoy China Village, where they happily accommodate vegetarians with a choice of dishes containing house-made tofu that tastes like a delicate egg custard.

On a rainy day, we head down to Monterey via Half Moon Bay, deliberately avoiding the both the gridlock in San Jose and the rich hippie vibe of Santa Cruz. We grab a piping hot cup of dark roast and a piece of seemingly sugarless tart apple pie at the Whale City Bakery in the tiny coastal enclave of Davenport. The size and sound of the waves is a bit scary, but the sea birds seem to be happy to have the beach to themselves.

Above: The scene at Whale City Diner and its cakes. Food at Jack’s, with local produce. The historical area at Monterey.

The weather clears up by the time we reach Monterey two hours later. Home to the biggest aquarium in North America, Monterey boasts a couple of rather touristy areas, Cannery Row and the Fisherman’s Wharf. The canneries and fishing boats are long gone, but the historical buildings remain, repainted and stocked with nautical souvenirs and fish and chips outlets. Thankfully, the commercial and residential streets adjacent to downtown and the aquarium have not been modernized. What a pleasure it is to walk slowly up and down these narrow, hilly streets, and admire this distinctly Californian combination of Victorian-, Craftsman-, and Spanish-style homes. The Portola Inn and Spa is conveniently located downtown, within walking distance to Monterey’s many museums and art galleries. Inside the resort, there is pumpkin ale on tap at Peter B’s Brew Pub. Jack’s Restaurant uses local produce and fish, so we dine on what is in season: a simple vegetarian pumpkin bisque made decadent with a dollop of cream. A generous portion of herbed gnocchi tossed with sweet pumpkin and butternut squash. A large plateful of pan fried sand dabs, a tiny flounder native to the Monterey Bay, drizzled with local butter from grass-fed cows. There is no room for dessert. We just spend an hour sipping coffee in the dining room’s warm, golden glow.

We get up early the next morning to explore the back roads of California’s artichoke country. We take Highway 156 to Castroville, where visitors can eat at places with names like Giant Artichoke and eat artichokes for breakfast, lunch, and dinner. Why pay US$3·99 a pound for artichokes elsewhere when one can stop at any produce stall along the highway and get five for a dollar? We pass through tiny San Juan Bautista, a quaint mission town that has been lovingly restored and gentrified. We browse the half dozen antique stores that line the main drag.

Hollister, with its Depression-era Main Street and rows of Harley-Davidsons, is a farming community famous for its biker scene. It is also a great place to enjoy inexpensive and authentic Mexican food. We start at la Villa de Jerez, a family-owned taqueria, which specializes in gigantic Baja fish tacos and Rajas de Chile con Queso, strips of pasilla peppers roasted and served in a creamy sauce. Locals swear that El Nopal Bakery has the best pan dulce (Mexican sweet bread) in Monterey County. Visitors to and from the Bay Area go there to stock up on fluffy pink, sugar-encrusted buns. La Guadalupana Bakery provides steaming cups of champurrado (Mexican hot chocolate made with cornflour) and tamales by the dozen, both vegetarian and chicken. They even have sweet pineapple tamales. Some Spanish phrases may be helpful if you’re looking for Mexican fare that tastes like home cooking.

As you leave Hollister, follow the billboards along Highway 156 advertising Casa de Fruta. This is worth the effort, as you will find a giant barn guarded by peacocks and overflowing with the types of nuts and dried fruit that put northern California on the international foodie map. Casa de Fruta is known for its unusual fruit wines, fermented from apricots, pomegranates and other locally grown fruits. You would be hard-pressed to find apricot wine anywhere else in the world.

An hour south of Hollister, Highway 25 and Panoche Road swirls through seemingly infinite almond and fruit orchards to the long forgotten, yet newly rediscovered Mercey Hot Springs. It’s a genuine, off-the-grid destination, once favoured by silent movie stars in search of a place in to detox far away from prying eyes and Hollywood gossip columnists. One can spend an hour alone, soaking in warm mineral water in an old tub in a rustic wood and stone bathhouse. Alternatively, adventurous types can power up the generator and spend the night in a vintage Airstream trailer, accompanied by crickets, birds and coyotes. The pool area is clothing-optional. •

Epic western
Discover an America you never knew existed with a road trip winding around Arizona. Leyla Messian discovers there really is “gold in them red hills”!
photographed by Elyse Glickman 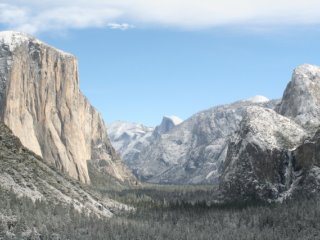 Reaching the pinnacle
There is still gold in the hills and mountains at Yosemite National Park, where you can experience old California, 21st-century luxury and adventure travel in the space of a single weekend, says Elyse Glickman
some photographs by the author 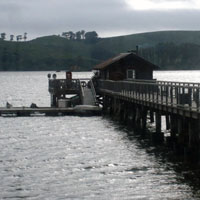 Shelling out for the little luxuries in Tomales Bay
Stanley Moss leaves the City behind and heads to North Bay, where there are well kept secrets at Tomales Bay where one can indulge in luxury accommodation and the coast’s famed oysters
photographed by Paula Sweet