With the trajectory of Hyundai, it was inevitable that they would come up with a big car that would be more desirable than the Japanese and Australian competition. That day is upon us with the Sonata 2·4 Élite, says Jack Yan
photographed by the author, some images on a Voigtländer Bessamatic Deluxe

Above: Handsome and practical, the Hyundai Sonata Élite looks the part of a premium family car

Get quick facts on the Hyundai Sonata (LF) at Autocade.

My first time behind the wheel of a Hyundai Sonata was in 2004, sampling a second-hand, light blue Sonata III. The III, the tag used in Korea for the fourth-generation model (even Tesla counts strangely, its Model 3 being its fourth car), was a decent enough car, but it was basic. It was made between 1996 and 1998, the Ulsan factory churning out 400,000 of them in the short period. My loaner was spartan, probably sold by Hyundai New Zealand as a cheap alternative to the Toyota Camry or one of the Australian large cars. There was little by way of standard equipment, and inside it felt like one of Hyundai’s smaller models—scaled up. There was nothing wrong with it, and it actually had more character behind the wheel than a comparable Honda Accord, but it was little more than a fleet special that a rep could abuse. It was an honest car, Ol’ Blue, frank Sonata. The two-litre engine was willing, and you could see Hyundai was trying to position the Sonata as something more special, with its fancy grille and a more aggressive stance than the Japanese competition. But you just wouldn’t pick one ahead of the Japanese competition as the Camry, back then, seemed more desirable, and ‘two litres’ sounded so twee for those used to buying Australian large cars, which at least had a six, even if they often weren’t very sophisticated sixes.

The market has, however, changed, and Hyundai has, too. By the middle of this decade, the Hyundai Sonata driver is not someone who is expected to pile on the miles with samples in the boot: it’s more likely their boss. Camrys are the common car, the choice of taxi drivers wanting a big, Australian-made fleet special, while Sonatas are a step up, with all those chrome-finish features signalling desirability.

The LF series, the ninth Sonata, was released in Korea in 2014 and in New Zealand last year, takes some cues from the larger, flagship Genesis, which is sold in Korea as a separate, BMW-rivalling marque, the same way Lexus is separate from Toyota. It’s chunkier than the YF it replaces, which was exported to many countries as the i45. Apparently, in its home market, the i45’s swoopy, chrome-laden looks were a turn-off, even if it proved a hit overseas, and helped distance the Sonata line from its origins (the first Sonata, after all, was on an ancient Ford Taunus platform, and sold only inside Korea). The more formal looks of LF work in terms of securing more buyers who might have found Hyundai’s “fluidic sculpture” theme too stylish, though we at Lucire question if you can be too stylish. The surfaces are flatter this time, and supposedly more premium. It’s handsome, it still has that neat fastback look that’s all the rage in Asia (especially China, everyone’s big target market these days), whereas the previous car, in our opinion, bordered on gorgeous. The old YF Sonata made you forget that there were other Asian brands on offer—that’s how good it looked.

Stepping in to the mid-range 2·4 Élite with its six-speed automatic transmission, there was nothing basic inside, either, with leather seats and steering wheel, electric seat adjustment, dual-zone climate control, electric park brake, and a touch-screen infotainment system which gave the interior a lift, and meant the convenience of hands-free telephony through Bluetooth. The seat comfort, with lumbar support, is sublime.

The interior has a structured look, in line with the chunkier appearance outside. The centre console almost has a hexagonal shape, air vents flanking the central screen. The buttons on the steering wheel felt familiar and logical after our test of the i30 a year before. There was a place for everything, which demonstrated that Hyundai had thought about the numerous configurations the Sonata would have in each market. You got the feeling that Asan (and Hyundai’s Alabama factory) would still be making these in the hundreds of thousands, not because they were fleet specials, but because private buyers were now choosing with their own wallets. Yes, it’s mass-market, but it’s quality mass-market.

Even though this is the middle of the range in New Zealand, there were little touches to suggest that the Sonata is posher than you might think. There are rear-passenger sun shades that come down, which also aid privacy. They could almost be curtains to hide you from the paparazzi.

At night, the Sonata’s instruments gave a bright blue glow, reminding you that there is superior Korean technology propelling the electronic bits, so much so that you could forget that the lights don’t turn on by themselves. It sits on that border between being luxurious and having that inconvenience of using your fingers to switch on the lights for the first time, and this is the only criticism we can level at the standard equipment. Hyundai has made the Sonata a cut above its NZ$49,990 competition that you feel so cosseted, fooled into thinking that you are driving something far more expensive—and every now and then you need to remind yourself that there are still things you must do. It’s over to your phone for navigation, not the car (you need to step up to the Élite Limited for built-in sat-nav, which also gives you blind-spot warning and rear cross traffic alert, among other goodies)—but the interior is that well trimmed that you forget you aren’t driving the flagship. And there is a USB port for that phone, should you need to charge it up.

This expensive feeling extends to the refinement, too. Hyundai has made the LF far more rigid than its predecessor, and it feels very secure. It’s the quietest car in this class that we’ve encountered for some time—one of our passengers fell asleep during a drive to an event. Bumps are soaked up effortlessly, while the car is well balanced, with good, responsive handling that goes with the flow. The set-up lends itself to good handling, with independent MacPherson struts up front and multi-link at the rear, with a stabilizer bar—jargon aside, it means this car can turn quickly and you don’t feel any roll.

The steering is, by default, on the lighter side, so the feedback isn’t what you might expect, but it all adds to that enveloping feeling that Hyundai wants us to have. Why trouble you with all that extra information? In this respect, the Sonata is geared to the highways of North America, and, to an extent, of larger antipodean cities, where the emphasis is on relaxed cruising, something it does well. It is not meant to be a sports sedan, nor does it look like one.

The Sonata scored the maximum five stars in the ANCAP safety tests, thanks to the six airbags, stability and traction control, and a rigid bodyshell, among others, which makes it an outstanding family buy, too.

And image-wise, it’s a cut above anything the Japanese offer in New Zealand—that day has finally come when Korea scores one over Japan in this market. The Sonata even makes a convincing case against rivals such as the Peugeot 508, and nips at the heels of the Volkswagen Passat and Renault Talisman (the new one, not the Korean-made Samsung SM7) in other markets, both of which we have yet to test.

It reminds us why the traditional, Australian, rear-wheel-drive family sedan is on the way out. In New Zealand, the Commodore SV6 is the same price as the Sonata Élite. Whereas ten years ago the V6 would have been seen as the better powerplant, a more fuel-efficient buyer might think twice today. The Holden outdoes the Hyundai by 64 PS (47 kW) in power, but suffers from an image problem: it’s the raw big car against the urban sophisticate. The Commodore remains the larger car: 1,898 mm in width versus the Sonata’s 1,865 mm, but inside the cabin it was hard to notice where the width was missing. And you’d need the power for the extra 122 kg you’d ferry around. That being said, our mostly urban test saw the Sonata deliver only 25 mpg (Imperial), or 11·2 ℓ/100 km.

Holden’s rival, Ford, asks you to cough up thousands more before selling you an XR6: the era of the base Falcon is long gone as Ford undersells its large cars. But would one really opt for an XR6 where you have to keep your finger on the button to raise the electric windows all the way up? The Sonata makes the Falcon, which I like more than the Commodore, look last-decade.

We at Lucire have always liked honest cars, especially when they have style. Pretence doesn’t go well with us. The Sonata has enough style for the family buyer and the executive, while offering a decent package. It may be as large as most families need for a sedan these days—even if SUV sales are beginning to climb again in some countries, for all the wrong reasons. Who knew, when I first tested that spartan Sonata III a decade ago, that Lucire would now be saying that the Hyundai Sonata is a very complete big car and excellent value for money? •

Above: Hyundai’s ‘fluidic sculpture’ looks are more formal this time, with flatter surfaces. 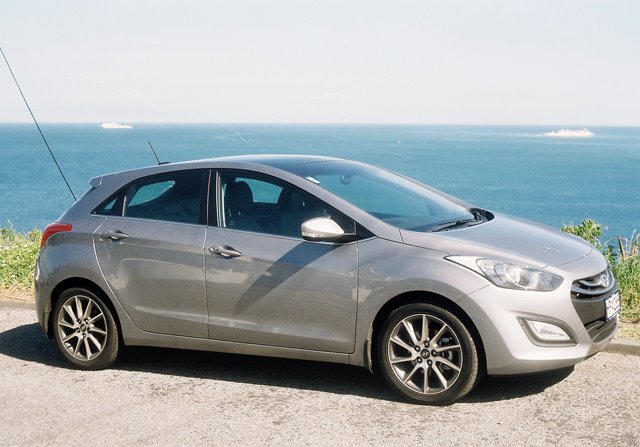 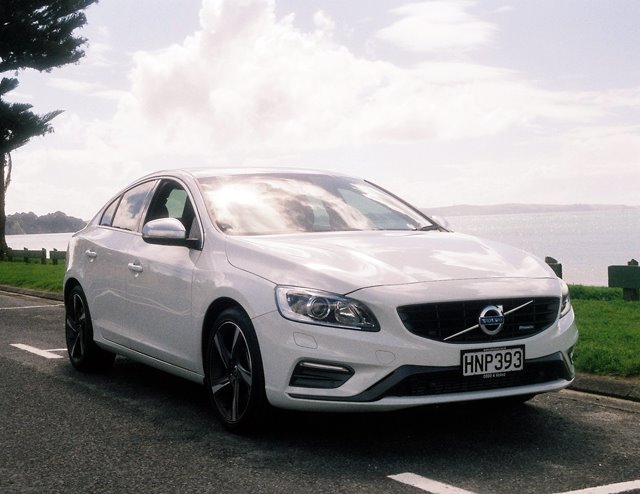 Halo effect
Jack Yan has an enjoyable Auckland experience as he hops behind the wheel of a white Volvo S60 T6 AWD R Design Polestar, a sports saloon that he doesn’t want to give back
photographed by the author 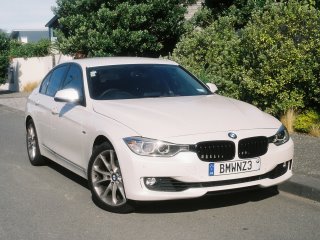