Church Road’s 2013 Tom vintages, named for the late wine pioneer Tom McDonald, are the best the winery has ever produced, says Jack Yan, who samples them at the luxury Wharekauhau Lodge in Wairarapa, New Zealand
tasting photographs by Carmen Bird, other photographs by the author

Wharekauhau Lodge doesn’t look very far away from Lucire’s base in Wellington. On a map, it’s across the harbour and quite close by. And those who flew in by helicopter before me, who reported that they had to go ‘the long way round’ due to cloud over the mountains, got there in a mere 15 minutes. However, the drive took two hours over the Rimutakas, and I made it to Wharekauhau for a very welcome treat.

The main villa, in a colonial style, is impressive, and technology aside, the road out to Ocean Beach is a fairly quiet one that boasts pleasant rural views in the Wairarapa. Sophie Simonucci, who hails from the Champagne-Ardenne but resided for some time on the Côte d’Azur, welcomed me as I pulled up in my Mégane, somewhat relieved that the person who would next take my car and put it into the private parking spaces was French and familiar with Renaults. We walked through a sumptuously decorated house, with the afternoon light streaming through massive windows and doors, shining on immaculate furniture, with perfectly manicured hedges beyond. Sophie briefly showed me where my suite was, a private unit in a bungalow on the property, but before I had a chance to enjoy it in depth, I was ushered to the dining room where the day’s events would begin.

Church Road Winery will shortly release its 2013 Tom wines. Earlier vintages had been covered in Lucire before, but the presence of winemaker Chris Scott, who had driven down from the Hawke’s Bay to Wharekauhau, signalled that we were in for a much greater treat. The Toms had deservedly won awards before, so how was Church Road going to top it?

Scott talked briefly about Church Road, how it had been established in 1897 by a Bartholomew Steinmetz, the third oldest operating winery in the country, and how Tom McDonald (1907–87; later OBE) began working at the site at age 14, and spent a lifetime creating outstanding New Zealand wines. McDonald created what is New Zealand’s first collectible wine, with the McWilliams brand in the 1960s. Scott was passionate about the history, and given the process by which the Toms are made, he would have to be. These wines are a labour of love.

Just to get our taste buds calibrated, the first wines we tried were the Tom chardonnays from 2006, 2009, 2010 and 2013. The earlier wines were already acclaimed vintages, the earliest wine a light one with peach tones, the 2009 having more of a citrus taste with a fuller scent, while the 2010 presented a more subtle scent with the grapes more detectable at the finish.

The 2013, however, surpasses them all. This is a more sophisticated, complex wine, more powerful than its predecessors. At its core are citrus, citrus blossom, white peach and fresh fig; the complexity comes through toasted hazelnut or cashew, brioche, gunflint and driftwood smoke. The wine is fermented and matured in oak barriques and oak puncheon (a more ‘Burgundian’ selection, says Scott). The taste is astonishing: there is a roundedness to the fruit, the smoky bouquet hints at the natural approach to the wine-making through wild fermentation, and it would prove an incredibly high standard to beat for the other vintages we were yet to sample. I could see this complementing smoky meats, and it became a new favourite—that’s how quickly it seduced me.

Scott said the ‘smokier’ barrels work for chardonnay, avoiding the ‘vanilla’ taste. He explained that the changes over the years come from the source of the grapes, which now come from Tuki Tuki Vineyard. Tuki Tuki has hard clay soil that is calcified from the limestone wash there, leading to a higher acidity. The soil holds on to water tightly and restricts vine uptake, resulting in a wine with greater minerality. Previous sources were more sheltered, leading to softer wines. He considered Tuki Tuki to be the best chardonnay vineyard in the region, and the 40 ha. estate now grows chardonnay grapes exclusively. It has a ‘beautiful backbone,’ he says.

The process sees the grapes pressed, with the wine filling each barrel sequentially. Scott and his team hone in on their favourite picks. The first barrel has higher salts and greater minerality, the last is fruity and broad. Inevitably, the favourites come from the first few barrels: ‘They give you that length, finesse and definition, to rein in the power of the fruit a wee bit. It gives it more elegance.’

Church Road took a similar, focused approach to its cabernet sauvignon. Again, the winery had to learn which part of the Hawke’s Bay was best for the type of wine, and Scott said they had struggled to get the right herbal spectrum from Gimblett Gravels. The Redstone Vineyard in the Bridge Pa triangle subregion would prove better for cabernet sauvignon, with 67 per cent of the grapes sourced from there. The methodology here, he explains, has a Bordeaux influence, emphasizing texture, structure and mouthfeel, lending itself to a darker, more brooding wine style.

We sampled 1998, 2005, 2007 and 2009 vintages before 2013. Scott’s first was 2005. The first had a deep scent but was fairly light, although others at the tasting seemed to enjoy it. I found it to be less substantial than the cabernet sauvignons I had enjoyed. But as we approached the present day, the wines began becoming more sophisticated, deeper and more flavourful, with 2013 providing the greatest complexity of them all. The wine is matured in French oak barriques for 22 months. It is sweeter on attack, with fine tannins and a real balance on the palate. Mid-palate, there are blackberry, dark plum, cherry and a cassis-like fruit, and subtle notes of cacao, vanilla and dried currant, while the finish is best described as smooth and luxurious. Scott’s favourites are the 2013, then the 2007.

Church Road Winery is releasing a 2013 syrah this time, too, and unlike the earlier tastings, as there are no comparable Tom vintages, we sampled the winery’s McDonald Series and Grand Reserve for context. Both were already award winners, the former at the Air New Zealand Wine Awards; the latter in Japan as the Best New World Wine. The aroma expectedly became more delicate and finer the higher up the price scale we went; and the Tom syrah will be sold in very limited quantities, with 150 cases only. The texture with the Tom syrah was the best of the lot; its grapes sourced from Redstone, Church Road’s earliest ripening site. There are layers of dark berry and cherry fruit, with violet perfume, spice, and notes of cacao, mocha and smoky charcuterie. The scent is not as noticeable on attack, but it feels fuller bodied mid-palate with a very smooth finish. Scott says McDonald himself would not have grown a syrah, but the wine is becoming increasingly important in the Hawke’s Bay today.

Retiring to our rooms briefly, I was able to take in the comfort of Wharekauhau Lodge. The room itself is elegant, with a curtained bed and furnishings which are tastefully coordinated. The walk-in closet, bathroom, bar, and dressing table lead to the marble-tiled bathroom, with two vanity units, a bathtub and shower. You know a suite is sizeable when you forget which way to turn after you exit the bathroom. I set up my laptop to find it connected readily to the wifi, and the signal remained strong on my phone as well. Wharekauhau was set up for the discerning, international luxury traveller, nothing overwhelming or fake, just everything with a deep sense of quality.

Top: A luxurious, comfortable bed in the Wharekauhau Lodge suite. Centre: Tasteful furnishings in the main villa. Above: Waiting by the bedside on my return that night.

The staff were similarly genuine, with an old-world, international-class service. Returning to the lounge awaiting dinner, Nicolas Simonucci—who turned out to be Sophie’s husband—fixed me up a drink, and I welcomed the change to change languages; Louis de Bievre, our host at the Lodge, is a multilingual Dutchman who oversaw the team and understood that service is a vocation, not a temporary way to make some money to fund university studies.

Chef Marc Soper collaborated with Scott on the menu, where the wines were put to action in a five-course meal. Amuse-bouche and dessert aside (the latter with pear grown on the estate soaked in saffron, I should add), the 2010 and 2013 chardonnays were paired with pan-roasted line-caught snapper, aubergine, southern clams, wild spinach, lime leaf and vanilla fond; the 2007 and 2013 cabernet sauvignons with the braised lamb tongue, parsnip and red wine risotto, endive and jus gras; and the 2013 syrah with wild venison loin sourced locally in the Tararua Ranges, mushroom custard, Brussels sprouts, cured pork belly and roasted cherries. By this time I had fallen in love with the chardonnay—perhaps it is being in New Zealand that leads to such a deep appreciation of whites—that I could go so far as to say the ’13 could go with anything, and to heck with protocol; but I should also note that the pairings, because of the approaches that Scott adopted, worked with the rich, tasty meats, and brought out the best in both. The 2015 McDonald Series pinot gris, complementing dessert, was young and sweet, befitting the last course.

Above: Ocean views from every suite and a recharging country atmosphere at Wharekauhau, including a helicopter to take some of the guests back.

Wharekauhau also boasts a red-themed Palace Room upstairs from the dining room, where we went for a nightcap, but also on the same floor were a library (and business centre) and games’ room. When returning to my suite, I noticed that a piece of chocolate and a carafe of water and a glass had been placed by my bedside, and the temperature was perfect for the evening. A soak in the bathtub awaited, and the sleep that followed was particularly restful and rejuvenating. There’s something about being in the countryside. Positive ions, perhaps? Whatever the case, it was an antidote to city life, and the luxury surroundings give it the best of all worlds.

Church Road Winery has a winning range on its hands when this trio hits stores in June. The world-class setting at Wharekauhau served to showcase what connoisseurs will deem to be world-class wines when they reach the market. • 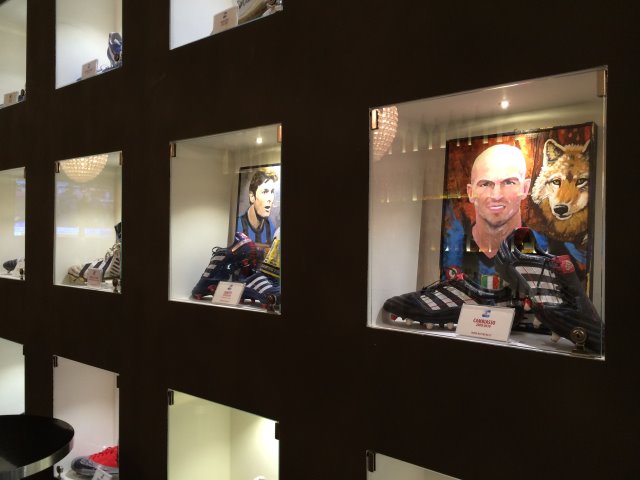 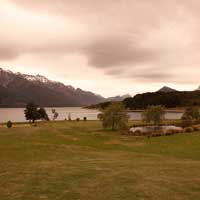 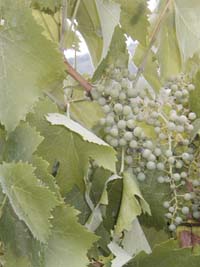 Escape to Umbria
The largely undiscovered Umbria region in Italy is a godsend for those who love village walks, wines and culinary adventures as it becomes “the new Tuscany” by Pameladevi Govinda
photographed by Georgina Crowley and the author