Letter from the Hebrides

Stanley Moss returns to the Hebrides, Scotland, in search of Harris tweed, while resisting the very real temptation to indulge entire days with its very agreeable food and drink
photographed by Paula Sweet

Above, from top: Lewis from the air. Flying into Stornoway. Callanish rocks. Terrace at Broad Bay House.

The twice-daily flight from Inverness to Stornoway in a sturdy turboprop aircraft traverses the channel called the Minch in about a half an hour’s time. From the air, the depopulated and verdant west coast of Scotland gives way to churning waters leading to the raw landscape of the isle of Lewis. You don’t see any fabulous Neolithic stone circles during the crossing, but thrilling scenery unfolds on the horizon just the same—deserted coves, jutting rocks, orderly fields of luscious green. At Stornoway airport, even smaller than Inverness, you exit your puddle-jumper by rickety stairs and walk across the windblown tarmac to the terminal. Think of Stornoway (population 8,000 and largest city in the Hebrides) as an easy port of entry, a base of operations, a place to buy tweed, but also an opportunity to sleep at Broad Bay House.

Lucire first stayed in the property eight years ago; it remains our top lodging choice in the area, a short 15-minute cab ride north of the harbour, situated on a wild point overlooking the sea. Exceptional breakfast is still a hallmark of this landmark, and though Ian isn’t cooking dinners any longer, you can preorder the outstanding local salmon platter served four ways, pickles and garnishes, the perfect light snack after arriving. We recommend an agreeably priced New Zealand sauvignon blanc from the wine list to wash it down. Four spacious luxury en suite bedrooms, including room no. 4 with a private terrace, still carry our highest recommendation. During your walk to the cliff’s edge, a herd of proprietary sheep skittishly glower at you, invaders of their sovereign territory.

Above, from top: Sheep on the Isle of Harris. Cliff near Broad Bay House.

On Lewis, don’t spend your days drinking wine and staring out at the sea, even though it is a tempting possibility. Instead, visit the Callanish standing stones, Callinish 2 and 3 and the Dun Carloway broch. There’s also a big archæological site where a vast settlement complex is under excavation. Many tour buses stop by, but it could be interesting when uncrowded, especially with a guide furnished by the site.

Above: Callanish stone circles, and the Dun Carloway broch.

A crazy old white-haired guy named Ronny runs the overfull Lewis Loom Centre, a Harris Tweed emporium in Stornoway, stocked with amazing wool goods at the best prices seen in the Hebrides. He showcases many of the roll ends acquired from the Mackenzie mill store that closed some years ago. Not your conventional storefront—to gain access you walk through an overgrown courtyard garden replete with artifact. Once inside you’ll see variations of every woollen object for sale in the isles: fabric remnants, hats, scarves, socks, tams, knitted toys, dolls, relics. An Olde Curiosity Shoppe more like a figment from days past, where the intrepid pick through eclectic accumulations in search of buried treasure. Worth a visit, but don’t be shocked at the chaos you find. And phone first to be sure he’s open.

You don’t come to the Western Isles for sustenance. Are you sure you want to order the Traditional Ploughman’s Lunch, thick-sliced cheddar cheese and pickle relish on rough bread, which the British tolerate as a nutritional staple? Our advice is to subsist on local fish and chips, a reliable standard available in harbour towns. If you hunger for culinary variety in Stornoway, Ian recommends Digby Chick, a quality eatery with seafood and meat specialities. Open island hours, Monday to Saturday, lunch 12–2 p.m., early bird 5.30–6.30 p.m., dinner 7–9 p.m.

The Harris Gin Company, housed in a shiny new distillery down in Tarbert, produces a head-turning seaweed-flavoured gin, packaged in a prize-winning bottle. Their modernist building features great surfaces and materials and a small gift shop. They promise release of a new whisky in about two years. Fifty yards from the distillery sits the other retail emporium for local cloth, the Harris Tweed Company. Pricier than our eccentric friend up in Stornoway, these folks bought the rest of the Mackenzie Mill overstock and sell it from rolls. There is good material requiring some searching, with very accommodating staff to help you along.

Above, from top: Lewis Loom Centre storefront. Isle of Harris Distillers, and the gin on offer. Close-up of genuine Harris tweed.

Since our last visit eight years ago, there’s been a lot of gentrifying on the Golden Road, a precipitous stretch of jaw-dropping nature running down the east coast of Harris. Hold your breath along its twisty single lane, punctuated with plentiful passing places. Let someone else drive and savour the scenery. Keep an eye out for hand-painted signs offering home-woven tweeds, a few folks still doing the real thing, a fast-disappearing population. How often can you shake the tweed-maker’s hand?

A brilliant culinary jewel survives on Harris: Scarista House Hotel and Restaurant. Lucire’s old friends, Tim and Patricia Martin, uphold a world-class dining room of real sophistication and minimum food miles in a rustic, serene and isolated outpost set on a rugged bay. Tim, a celebrated chef, maintains a fine cellar and quite the whisky card. We savoured a heap—no exaggeration—of sublime local langoustines, lightly poached in vegetable broth, served cold. Paired it with an excellent Rully, reasonably priced. These lovely people also offer six bedrooms always in demand, and we learned they are in the slow process of passing the business along to the next generation—their own kids are now working the dining room. In the same spirit, they even buy from a local nine-year old girl, who supplies free range eggs to the kitchen. • 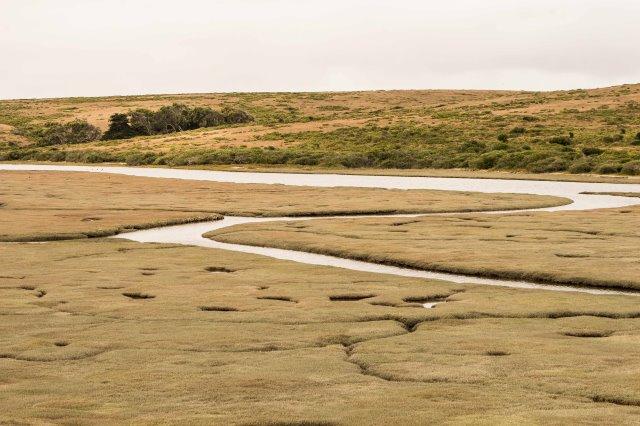 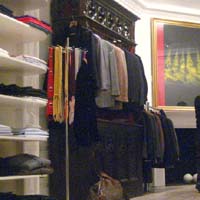 John Pearse, for a lifetime
Stanley Moss finds the ideal fabric—but it’s up to John Pearse of London to shape it into a bespoke jacket 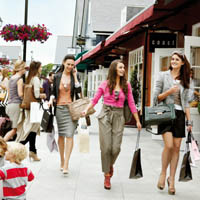 The golden road to the Emerald (Isle) City
Elyse Glickman explores Dublin, Ireland and neighbouring County Kildare, ﬁnding a gold mine of delights that harmoniously unite tradition and transition
photographed by the author