Seoul Respecting both its history and its technology, more successfully than many other Asian cities

Even with Seoul’s reputation as a glitzy, bustling Asian convention, business and technology hub, exquisite neighbourhoods, eclectic cuisine, cool historical destinations and a serene new hotel reveal it to be a destination with solid leisure appeal, reports Elyse Glickman
Photographed by the author

My jaunt to Seoul ended up being quite an eye-opener. It seemed as if the pace of life slowed down somewhat. And in the case of Seoul, it proves to be a very good thing.

When covering Seoul for Lucire in 2009, I found the city to be a sensory overload, a K-pop video come to life. It was awash with “What recession?” mega-malls, designer branded outdoor advertising and lots of girly and frilly fashion that could drown out the serene appeal of the city’s temples and dramatic scenery. “Gangnam style” was a literal way of life three years before it was parodied in Psy’s witty video. Plastic surgery-driven med tourism was also taking off in a big way at that time. Our hosts made sure we could experience the service-driven, hotel-like feel of one particularly snazzy centre in a visit organized by Korea’s tourism board.

Seoul’s plastic surgery industrial complex and med tourism have grown since 2009, and high-end mega-mall shopping is not going anywhere. However, a different mood in the city has since taken over—one that invites a visitor to seek out places where natural, indigenous beauty reigns supreme. Several palaces, temples and parks were so gorgeous that a 30-minute dash would do them an injustice. During my fall visit, I could have sat contentedly for hours in a temple or palace courtyard to drink in the vibrant colours of the sky, trees and centuries-old architectural influences.

Café society, as it exists today in this city, is also a treat, and not only because it is fun to people watch and see what vibrant expressions of street fashion are poised to hit the rest of the world by storm. In fact, one thing that may surprise many westerners about Seoul, Korea is that the coffee is phenomenal. Although neither coffee nor the practice of sipping coffee is native to Korea, Koreans have truly made it their own. In Seoul, every other storefront is a coffee bar. Furthermore, there is a consistency of quality, whether you buy a cup from Starbucks, a local chain (i.e. A Twosome Place, Paris Baguette, Caffè Bene or Angel-in-Us), or a one-off gem like Two Cats Café in Insadong, or Dooroo in the Bukchon historic area. And by the way, the tea in its many forms, not surprisingly, is also fabulous.

The new, more welcoming vibe of Seoul, however, is no accident. ‘Given Seoul's reputation as a high-tech city, we are working on improving our digital apps and web presence to make them as user-friendly as possible,’ said Jin-Hyeok Park, Head of the Seoul Convention Bureau’s MICE managing team over a breakfast to introduce me and other reporters from Spain, Argentina, France, the US and the UK to the city’s rich array of convention and meeting options. ‘We are also working on communicating to ordinary Seoul citizens and hospitality professionals the importance of improving their foreign-language capabilities. This includes a “smile campaign” to make overseas visitors feel welcome.’

Park also mentioned the city was stepping up efforts to stage festivals and fairs on a year-round basis, not only for locals looking for something fun to do, but also for visitors to get a real sense for Seoul’s lifestyle and people. While my trip was technically a business-focused exploration, I was able to break away after dinner to check out the Seoul Lantern Festival for a few minutes. I ended up spending nearly two hours marvelling at what could be done with light and paper, and seeing how the locals reacted to the gorgeous ephemeral sculptures. It also left me wondering if I had enough SkyMiles points saved up for a return trip (a proper vacation) in Korean Air’s generally excellent Prestige Class cabin (more on that later).

The Four Seasons Seoul opened October 2015, just in time for its explosively colourful autumn and the Seoul Lantern Festival along the Cheonggyecheon Stream, which was restored and transformed into a fine promenade in the city centre after having been paved over for years. The distinctively designed hotel, which looks like an unfolding fan, is walking distance from key government buildings and several of Seoul’s most important historic landmarks, including the Gyeongbokgung Palace, Seoul City Hall and the Seoul Museum of History. Postcard views abound on higher floors and the VIP executive level.

One could spend an entire week in the hotel and still feel one has had a perfect Seoul experience. While the entry has a “boutique hotel” feel, it unfolds into several opulent public areas and 317 rooms and suites. Private rooms integrate ancient Korean motifs with contemporary design, push-button operated lighting and shades, plush beds, and more than enough outlets, amenities and office supplies to keep guests fully charged and completely comfortable. When its time to emerge from one’s personal sanctuary, there’s also a floor-spanning fitness centre with an endless array of machines (no fighting over a lone elliptical machine here!). The spa and sauna should not be missed, especially if you happen to be familiar with Korea’s national obsession with hair and skin care. A 3-D virtual golf centre occupies another entire floor.

Thanks to their inspired interior design, the Four Seasons’ fine dining restaurants are as nicely suited for an intimate dates as they are business meals. These include Yu Yuan (whose look and Cantonese fare echo the Shanghai landmark); northern Italian-inspired Boccalino (doubling as the hotel’s breakfast room), Kioku, which converges Kyoto and Tokyo-style dining; and the Market Kitchen, serving international fast casual foods with a side of Korean history—an architectural dig preserved in Plexiglass flooring. The city’s emerging cocktail scene is off and running at the speakeasy-inspired Charles H. and Bar Boccalino, where Italian cocktail recipes are given a fresh Asian twist by congenial bartenders.

Even with the genuinely warm disposition of the hotel staff (and an even warmer lobby with a roaring fire and cozy furniture), one will want to get out to see the historic sites and seriously cool shopping opportunities. While cabs are fairly affordable, the metro superbly and efficiently puts most of the must-do places in this still sprawling city within easy reach.

Where history and culture are in style

Many of Seoul’s most famous temples, palaces and museums, including Gyeongbokgung Palace (Korea’s answer to Buckingham Palace, flanked by the excellent National Folk Museum of Korea) are no-brainer activities for the to-do lists. However, new cultural and multi-purpose sites have opened their doors.

One excellent example of this is the Seoul Museum (not to be confused with the Seoul Museum of Art). Located in the tranquil Jongno neighbourhood, the pyramid-shaped structure showcases Korean artists from the late-nineteenth century forward as well as travelling exhibits that blend international and Korean artists. Its grounds encompass a 1,000-year-old Shilla dynasty pagoda, a 650 year-old pine tree and Seokpajeong, a restored heritage building built by Heungseon Daewongun, father of the Jeoson Dynasty’s last king who ruled at the end of the nineteenth century. Dongdaemun Design Plaza (a.k.a. DDP), designed by British-Iraqi architect Zaha Hadid, may primarily be designed for conventions. However, it is worth a look for its futuristic design as well as art galleries, children’s museum and a cool design store with one-of-a-kind things you probably won’t find at the Shinsegae or Hyundai department stores.

Jinkwansa Temple, located at Seoul’s western edge and originally established in 1010 BC (and rebuilt after the Korean War), is a heaven on earth. In the capable hands of the temple’s Buddhist nuns, you can reclaim inner peace through a sublime “temple food” vegan lunch, dahdoh (tea ceremony) or full-blown temple stay complete with meditation sessions. Coex, encompassing a state-of-the-art convention space and a popular-with-the-kids mall, is across the street from Bongeunsa, a stunning Buddhist temple on hilly grounds originally constructed in the eighth century with an impressive Buddha.

The Seoul History Museum takes visitors from pre-history through various royal dynasties to the years since the 1988 Seoul Olympics when Korea emerged as a global technological, financial and pop-cultural juggernaut. Unique features include a couple of photo booths (putting you in traditional costume and historic settings), a decorative arts room, an impressive model of the city and an area tracking pop culture through the decades. Just next door, there’s Gyeonghuigung, the most humble of the city’s five main royal palaces providing a poignant counterpoint to the splendour of Gyeongbokgung.

There are also slightly irreverent venues tapping into definitively Korean pop culture and technology. The new Seoul outpost of the Paris-based Grevin Museum has a fascinating floor with key Korean historic figures, a music-themed floor (imagine “Vogue-ing” with Madonna, moving like Jagger or doing it ‘Gangnam Style’ with Psy), a Korean soap opera-themed room and other rooms celebrating athletes (Michael Jordan), cinema (have dinner with de Niro and Pacino!), world leaders (Mandela, Gandhi) and artists (Picasso). If you are really intrigued with the growing global K-pop phenomenon, you can learn about it in all three dimensions at SMtown, launched by SM Entertainment, effectively the “Motown of K-pop”. The in-your-face experience includes a themed hotel, virtual concerts and opportunities to get a VIP wardrobe makeover and dance lessons.

Top and centre: Views from Coex. Above: An autumnal scene in Seoul. 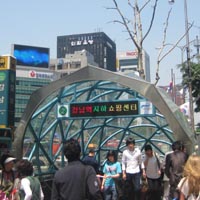 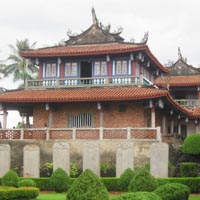 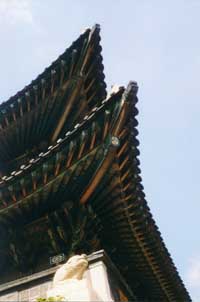