LIVING A shock announcement by Ljungskile as former sponsor Panos Papadopoulos joins the team to play, while Vogue announces it will abandon its Vogue Didot masthead for a simpler, sans serif version

Above: Panos Papadopoulos joins Ljungskile SK, as featured on the Lucire Dailymotion channel.

From our special correspondent, April Won.

Back in 1996 the Swedish soccer team Ljungskile SK surprisingly went up in Allsvenskan, the highest Swedish soccer league. The club came across some financial difficulties and the year after, Panos Papadopoulos, of Panos Emporio, became the main sponsor of the team. The club changed its name to Panos Ljungskile between 1997 and 2002. Now, 20 years later, Panos is back in Ljungskile.

‘I’m back in Ljungskile again, but this time I’m going to play. I want to help Ljungskile get back to Superettan [the second highest league in Swedish football],’ said Panos.

Club president Erland Holmdahl said, ‘Yes, we’re very delighted to have Panos back again. The first time was when we went up to Allsvenskan, and we shall get back there. We hope that Panos can strengthen our team. Back in 1997 he was happy with only giving good advice but this time he wants to play. It’s going to be great, he has a good left foot and he’s really good at penalties and free kicks.’

‘I have practised for many years. Ever since I was a little boy I’ve been very good at free kicks and penalties. I usually score 100 out of 100,’ said Panos.

A leak from Condé Nast Publications shows that Vogue will abandon its traditional Vogue Didot masthead in favour of a lowercase sans serif, apeing the strategy taken by Lucire in 1997.

Vogue has used sans serifs before, notably before World War II. Its latest move is reportedly due to the magazine’s desire to ‘humanize itself,’ calling the previous typeface élitist and out of touch.

‘Readers in the 21st century want to feel inclusive, and with their use of social media, a sans serif is more readable,’ the publishers said in a statement. ‘Capital letters are passé—it's about time we recognized that.

‘We also wanted to abandon custom typefaces in favour of something everyday people can re-create themselves.’

In another move harking back to the prewar years, the magazine announced it would alter the masthead type from time to time, ‘because Google has shown that it can be voted a “top brand” by the public with its regular changes.’

The redesigned masthead, typeset in Futura, makes its first appearance in the May 2017 number, and eventually appear on international editions. • 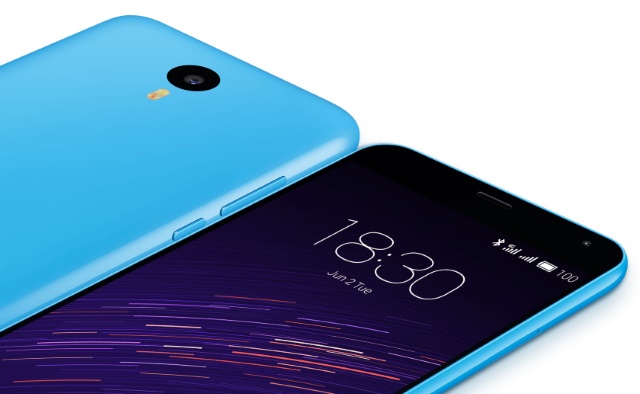 Meizu M2 Note: Google-free in a post-Snowden era
Jack Yan, conscious of Google’s privacy invasions after a few run-ins, is pleased with the octa-core Meizu M2 Note. It has its own OS based on Android, but a version that seems to send nothing back to the big G, while having the sort of display that Iphone 6S users delight in, at a fraction of the price