Going off the grid in midwinter

LIVING Holden is embarking on a programme that sees 24 models launched in quick succession, where crossover, SUV and truck buyers will be well rewarded. Jack Yan samples the current crop, off the road
Photographed by the author and by Simon Watts

A range of Colorados, one Trailblazer, one Trax and one Captiva conquer Karioitahi Beach; then it was into hillier stuff

Get quick facts on cars at Autocade.

‘It’s an exciting time to be at Holden,’ I said to Rochelle Nelson, Holden New Zealand’s new 20-something marketing junior. General Motors–Holden’s (as it then was) in Australia had been through tough times in the 1980s, although GM New Zealand (as it then was) was happy to forge its own direction: importing the superior Isuzu Aska from Japan in kit form and badging it the Holden Camira here, for instance, and creating the first Holden Vectra when the British-built Opel Vectra A changed brand names.

I explained to Nelson that this was important to buyers. If you wanted customers to upgrade to a larger vehicle as their needs change, it makes sense for them to know what the next step is. Alfred Sloan understood this when he ran General Motors in the 1920s: your American Chevrolet and Pontiac buyer stepped up to an Oldsmobile and Buick. Make enough money, and it’d be a Cadillac. BMW has this down to a fine art in its range, with 1-, 3-, 5-, and 7-series saloons (and even numbers denoting coupés and alternative models, such as the Active Tourer). A 1990s’ Holden buyer understood Barina, Astra, Vectra and Commodore as the progression. And there’s every sign that Holden is returning to this logic in the second half of the 2010s.

While in passenger cars Holden will field a range of Spark, Barina, Astra and Commodore, it’s in SUVs and trucks where it’s looking especially strong. At a briefing at its New Zealand HQ in June, its marketing general manager, Marnie Samphier, previewed the future line-up: the Trax would be the smallest, future Captiva buyers would be served by the Equinox, and full-size SUV buyers will get the Acadia. With a mix of vehicles from Chevrolet in Korea, Chevrolet in North America, and GMC all wearing Holden badges, there’ll soon be little confusion about how this range fits together. For those wanting trucks, Samphier noted that the Colorado pick-up (or ute, as is the parlance here) now outsells the Commodore, the range which most Kiwis identify with Holden. If ute buyers were lamenting the impending death of the Commodore-based ute and going elsewhere, the figures weren’t reflecting this. The Trailblazer, the Colorado’s covered cousin (tested separately in Lucire in an upcoming story), ensures Holden has something in each segment. And this was just the tip of the iceberg: Holden is planning even more models to fill further niches.

As much as car purists don’t like the idea, people are buying crossovers, SUVs and trucks. Those who seek a more traditional wagon with four-wheel drive, a raised ride height, and cladding might be lucky if Holden brings in a version of the new Opel Insignia Country Tourer (it’s already bringing in the German-made Insignia saloon and estate as the next Commodore). I suggested to Samphier and to Holden’s corporate affairs’ general manager Ed Finn that they could call it Adventra, something that was met with diplomatic replies. ‘There are a lot of people very loyal to the Adventra name,’ said Samphier. They are good at keeping secrets.

And what better to sample the current range, which included the outgoing Captiva, than at Karioitahi Beach, around 70 km southwest of central Auckland, where we drove to the mouth of the Waikato River?

Trackwise 4WD’s Colin Burden was our guide, teaching us how to handle the vehicles along the beach, and the media posse—mostly from lifestyle media, plus The New Zealand Herald’s motoring journalist Liz Dobson—were encouraged to swap vehicles to give us a taste of everything.

In the lead Holden Colorado Z71 (its designation came from a old Chevrolet option package), the flagship of the range, with Burden riding shotgun, I felt very secure knowing there was four-wheel drive, and the Colorado’s tough looks imparted confidence. I was also heartened and relieved to know that Burden himself drove a truck out of the same plant. Those of us with four-wheel drive were encouraged to drive on to the softer sand, traction control off to ensure power went to all wheels equally, and we powered through the less tractable stuff. There were no problems: the 2·8-litre diesel gave 500 Nm of torque and I simply put my right foot down.

A swap saw me in a rear-wheel-drive Colorado Graphite, and instantly you felt a difference. ‘If you don’t have four-wheel drive, stay close to the water and drive on the hard sand,’ Burden had warned earlier, and now I found myself having to heed this advice.

There was nothing much wrong with the Graphite as we drove back to our base at Castaways resort, but you were always mindful that power wasn’t going to all the wheels, only the ones at the back. As the tide came in, a colleague in a front-wheel-drive Holden Trax and I stubbornly kept to a line near the water. Burden told us not to make sudden changes in direction and let the water hit the vehicles; we stayed focused. I had to keep our foot down on the accelerator to get off the beach, again for fear of getting stuck, and the Graphite was fine, if a little dirty from the sand and splashes. Thanks to the same 2·8-litre diesel, I really had nothing to worry about.

The two-wheel-drive vehicles were left behind as we embarked on a four-wheel-drive course Burden had devised behind Castaways Resort, which saw us put the Colorados and Trailblazer through their paces. Traction control came back on and we were taken on some tricky terrain, including a few sheer drops which, without training, would have made us very nervous. It was Hill Descent Control to the rescue: a system devised by Bosch for Land Rover many years ago where the car’s electronics worked with its anti-lock brakes to control the descent safely at under 10 km/h. The ride height was sufficient to get over a lot of vegetation. Eventually, we arrived at a spot from which we could have some hors d’œuvres and cocktails and watch the midwinter sunset.

The Colorados and Trailblazers had no difficulty over the terrain, especially with their body-on-frame construction—something to look out for if you’re going to take vehicles properly off-road. When you consider that Holden is ultimately is an American company (as it has been since 1931), it’s no surprise that they acquitted themselves so well. Americans love pick-up trucks, and competition has meant that American companies got good at this sector. Their subsidiaries, whether it’s GM’s former Japanese one, Isuzu, or Holden of Australia (which will continue designing from its base there), benefited from this knowledge.

A chilly night at Castaways Resort saw us glamping, and in the strange position of having wifi but no cell coverage. Gavin Shine, our host at Castaways, explained we were so far south we should consider ourselves to be in the Waikato, rather than Auckland. Dobson and I toasted a much loved colleague, Dave Moore, who recently passed away.

On the return trip, motorway traffic was so slow we may as well have been coming from another district. But that was a good chance to experience just how civilized the vehicles were.

Piloting the Colorado LTZ back to Holden New Zealand’s Mangere base, I noted that the sat-nav worked very well, and, as usual, GM’s Onstar system had few issues hooking up to my phone. DAB radio in Auckland is particularly good, and the Holdens are equipped with the feature, even the humble Trax. There’s a refreshing honesty about all the Colorados: it’s tough but it’s decent enough on a motorway, and it might be one of the most classless cars Holden, or anyone, offers. Anyone can be seen in a Colorado and look good.

There were plenty of Holden trucks and crossovers in the jams that were unknown to us: Samphier wasn’t kidding when she said these were selling well, and one of my colleagues mistakenly found herself following one, believing it was part of the same group. When the Equinox and Acadia come on stream as 2018 models, we’re going to see even more. • 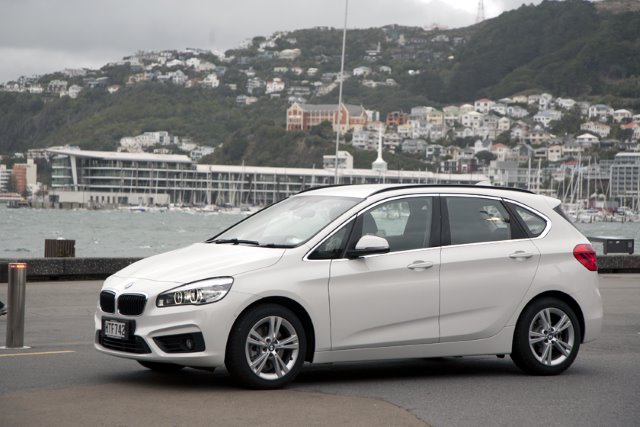 Welcome to the future
Jack Yan has had more time to live with the BMW 218i Active Tourer, and finds even greater appeal with the company’s first foray into the MPV segment
photographed by Stuart Cowley 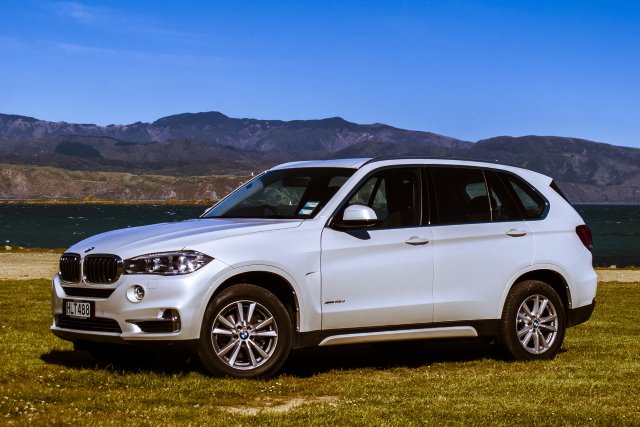 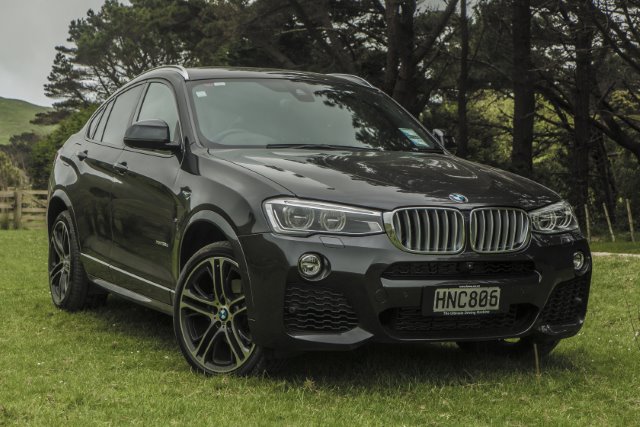