Looking: ahead Rapa Nui is where time stands still

Telenovelas, the Andes and the mysterious Moai

VOLANTE Elina Lukas takes a 15-hour flight from the UK to Argentina, with Easter Island on her must-see list—with memorable sights and countries to cross en route
Photographed by the author

Scenes from Buenos Aires A spirit of protest still prevails

Elina Lukas is a correspondent and photographer for Lucire.

There are corners of the world less travelled. Parts that you need to explore yourself, without a tour guide.

I was never the one to choose an all-inclusive resort where you can bask in the sunlight for days on end. Adventure always called my name. The narrow roads in the mountains of Madeira and walks to nowhere with the native cows in Goa would always have my vote.

Growing up in the post-Soviet era was almost like growing up in Latin America (if Latin America was full of snow). Surrounded by the drama of telenovelas, I felt like Milagros was my sister, I shared the pain of Juan Carlos’ unreturned love. I had never envisioned myself walking the same streets of Buenos Aires that my favourite characters walked in the ’90s. But there I was.

Buenos Aires, a vibrant, cosmopolitan city, greeted me with a smile and packet of garrapiñada in its back pocket. Although Argentina takes up a reasonable chunk of South America, it does not feel a 15-hour flight away from London. A clear influence from the early Spanish discoverers is what allows us to enjoy the somewhat familiar architectural shapes. Casa Rosada, the iconic presidential palace (coloured in pink, as the name suggests), is glistening in the sun by the centre of the city, Plaza de Mayo. Teatro Colón, a spectacular (it really is!) 1908 opera house with over two thousand seats across multiple levels, is another must-see attraction, even for those that do not enjoy all 23 of Mozart’s piano concerts like some of us do.

Lively, friendly and assuming everyone can speak Spanish, the citizens of Buenos Aires add to the charisma of the city. And some of it takes you back a few decades, with the smell of revolution prevalent in the air. Protests, paralysing the entire heart of the city, seem to be a pencilled into the inhabitants’ diaries as they are a regular occurrence.


I took advantage of Argentina’s convenient location and decided to wonder into neighbouring countries. Colonia del Sacramento, Uruguay, can be reached by ferry within a few hours (you also get to enjoy the view) and Santiago de Chile is merely a short flight away. Uruguay, previously part of Argentina, constitutionalized in 1830, feels like a teenager that has proclaimed its independence because its parents don’t understand it. Beach-lined coasts, tiny heladerias and locals without a care in the world offer that little escape we all crave.

The same, however, cannot be said about Santiago. A prominent difference in the local accents, a strange multitude of sushi bars and a 99 per cent guaranteed view on the Andes make it very clear: you’re in Chile. Although, I must admit that waking up to a glorious view on the snowy mountain tops in 30°C heat and flying through them on the way back as if you are in an unseen Lord of the Rings quest is an experience of its own, Santiago was a means of getting somewhere more special (sorry, Santiago!). I wanted more than to be caught up in the hustle and bustle of the local markets, and more than being able to enjoy stunning red wine for the price of water.

My destination lay far in the Pacific Ocean, nearly four thousand kilometres away from the mainland. The most remote inhabited land on Earth, with some of the world’s most mysterious objects and a fair few stray chickens. There, in the middle of nowhere, lay Easter Island.

It is hard to explain how my heart fluttered when I set foot on land in Rapa Nui. I felt the closest I could probably feel to a Polynesian settler in 800 CE. This fascinating island, covered in 70 vents from three main volcanoes—Poike, Rano Kau and Terevaka—is where time stops. Being able to look into the eyes of the Moais, believed to be repositories of sacred spirits watching over the villagers, is truly a once-in-a-lifetime adventure. It makes you wonder what life on the island would have been like if it were not for the brash Europeans that nearly brought the population of Rapa Nui to extinction through slavery and disease. But that is a whole other story … • 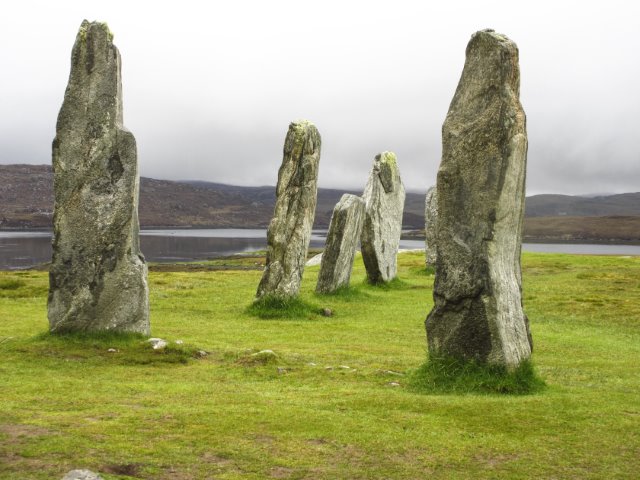 Letter from the Hebrides
Stanley Moss returns to the Hebrides, Scotland, in search of Harris tweed, while resisting the very real temptation to indulge entire days with its very agreeable food and drink
Photographed by Paula Sweet