The beginning of the second night at the Taste of LA

To sir (Jonathan Gold), with love

VOLANTE Derek Poirier experiences a slimmed-down but sentimental reinvention of the Taste of LA, one of the US’s pre-eminent food festivals
Photographed by the author

Tributes to Jonathan Gold, and Taste of LA’s new logo

Derek Poirier and Jody Miller are correspondents for Lucire.

Jonathan Gold went beyond being a food writer: he became a national household name for witty prose and descriptive language. He helped transform the Los Angeles restaurant scene into something far more substantial than a place better known for its celebrity hangouts. He democratized dining out, familiarizing his readers with Mom-and-Pop restaurants, multi-ethnic cuisines, and innovative young chefs.

After his death this past summer (part of a holy trinity which included Anthony Bourdain and Joel Robuchon who left the table), food connoisseurs of all stripes knew his loss would loom large over the Taste of LA, where he made himself accessible and personable to those attending. There was concern over whether the event would be a wake or a celebration of his life. Thankfully, it was the former, which was more intimate (only nighttime events) but substantial with many visual and edible tributes to Gold over the Labor Day holiday.

Here were the highlights. If you plan a visit to Los Angeles, take note!

Poppy and Rose: mini fried chicken dinner. This one of the highlights of the whole weekend; excellently seasoned fried chicken, brown gravy and mashed potatoes delivered on one plate. A classic that was superbly executed; truly fantastic.

Baltaire: grilled NY bison with charred corn salad, hatch chilli and chimichurri. The bison was very flavourful, superbly cooked at medium rare. The flavour of the charred corn salad did not blend well with the steak but the steak was so well executed, I was back in line for seconds.

Michael’s Santa Monica: Szechuan pork dumplings. The pork dumplings were fantastic; lots of flavour in a small package. Went back for seconds.

Bon Appétit: oxtail dumplings. These were delicious dumplings, perfectly cooked. The salty–sweet soy glaze on the dumplings balanced with the bold flavours of the oxtail.

Highly Likely. This crispy fish sandwich made in honour of Jonathan Gold, showcasing the lightly fried cod with a flavourful slaw and aioli. I understood why it was one of Gold’s favourites.

Tao Los Angeles: duroc pork bao. The pork was sweet and salty, with a sweet soy glaze on the top.

Eataly: bombolini. A perfectly soft and warm doughnut with vanilla gelato. This was a perfectly executed classic; a long line for this offering.

Centro Pasta Bar: gnocchi with spicy pork. This was a tasty and well balanced dish with perfectly cooked pasta in a spicy pork ragout.

Granville: uptown mac and cheese. This was a rich and delicious mac-and-cheese offering with aged cheddar, gruyère, chicken, asparagus and peas; absolutely a meal on its own.

Roe Seafood: poisson cru. Shrimp, sea bass, lime, coconut and pico on a cristy tortilla. This was a fresh and brightly flavoured dish that was a nice counterpoint to some of the heavier ones.

Melody: smoked brandade with house-made potato chip. This was a very simple but delicious, creamy, bit-sized seafood offering. This was another light alternative to some of the heavier dishes.

Pacific Dining Car: filet mignon and crab cake. The filet was perfectly cooked at medium rare. The crab cake was very rich and creamy. The two items together were exceptionally rich; almost too rich, but overall a nice offering.

Hotville Chicken: Nashville hot chicken bites. A down-home treat. The perfectly cooked and seasoned chicken bites were served on white bread with a pickle. The chicken was tender and juicy, but the spice level was too hot for most palates. It look me the rest of the night to recover from these noshes!

Dog Haus: T-Mex beef hot dog with chorizo and pepper jack cheese. These were spicy hot dogs with a cool and flavourful slaw, chipotle aioli served on a King’s Hawai‘ian roll. Another perfect seasonal offering from Dog Haus. The spice from the chorizo and the creamy cheese in the dog balanced well with cool, flavourful slaw.

Bourbon Steak Los Angeles: pork spare ribs. These were very meaty and rich ribs with a very flavourful rub and a touch of pomegranate. These were excellent ribs.

Bulgarini Gelato: chocolate with salt. This simple but superbly well balanced gelato was exceptional; sweet and creamy chocolate with the perfect touch of sea salt. •

Jody Miller contributed to this story. 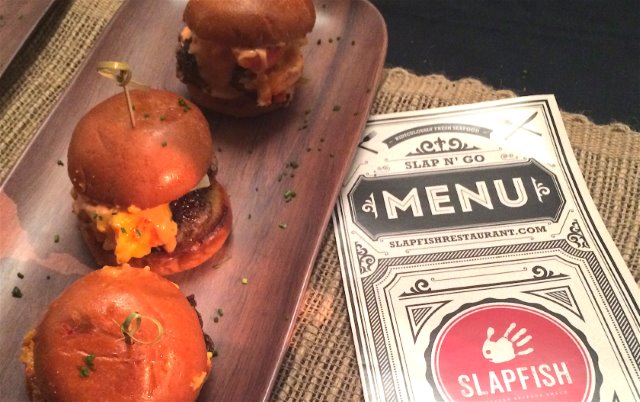 Los Angeles on a plate
It’s prime-time for the ultimate primer to Los Angeles’ buzziest and busiest restaurants, from the San Fernando Valley to the South Bay, report Elyse Glickman and Derek Poirier
Photographed by the authors 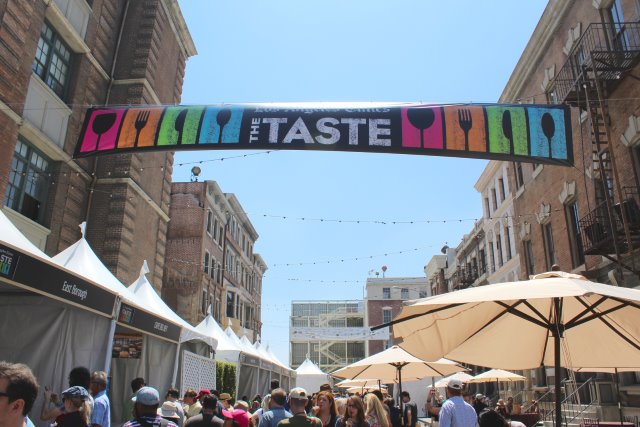 There’s no business like chef business
US west coast editor Elyse Glickman and contributor Derek Poirier dish out the delicious, the disappointing and the decadence of Taste of LA, southern California’s hip antidote to hoity-toity food and wine affairs
Photographed by the authors 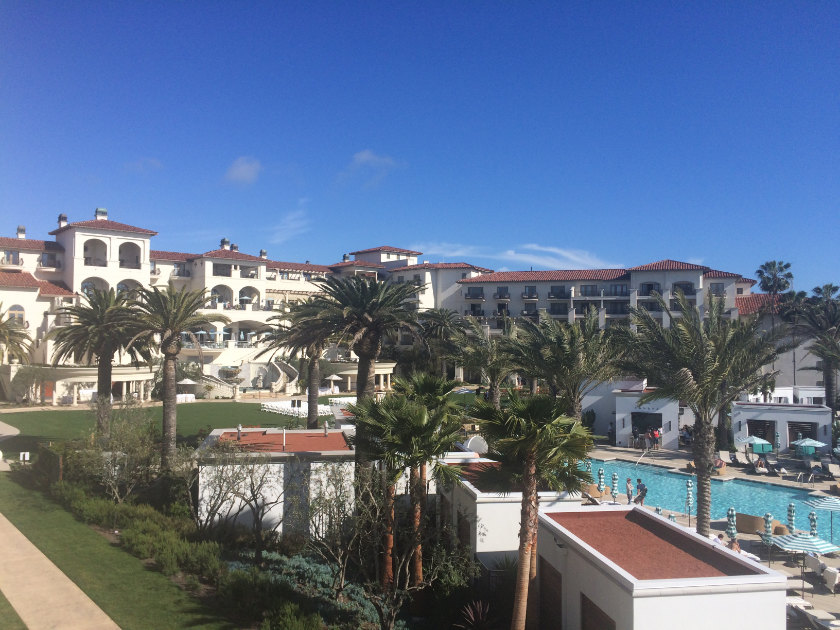